This Chennai lad is also the first Hip-Hop artist from the city to give a TEDx talk and wishes to cure autism and other mental health issues with music. Anisha Rajasekar finds out more

Ankush Jain, India’s first multi-instrumental beatboxer from Chennai has come a long way, starting from participating in cultural events in school to performing in a concert and even recently giving a TEDx talk. He will be graduating from Loyola after pursuing a B. Com degree but his true passion stays with making music. He constantly experiments with new and even dangerous musical instruments and incorporates them with beatboxing. Becoming quite the popular name in colleges and among music lovers in the city, he speaks to Edex here about the beatboxing community, music therapy and more.

When and how did you get into beatboxing?

I was randomly watching YouTube videos and I came across this TEDx talk by Tom Thum and I found it very interesting, to be able to create music without instruments and keep people entertained and happy. His stage presence and the way the crowd reacted, got me excited and I really wanted to do it. YouTube helped me all the way.

Tell us about beatboxing as an artform.

Beatboxing as an artform is underrated, especially in our country. Eventand people who invite us to perform basically just use us for fillers, which is upsetting. We as beatboxers, have to look into a lot of technicalities like tempo, scale, bridge, and we’re just as much a musician as any instrumentalist or vocalist.

With a lot of beatboxers coming up, what makes you unique?

Beatboxing in India, and internationally is growing leaps and bounds over the past few years and it’ll be interesting to have good competition and company, in the circuit as such. What makes me unique is my love for wind instruments. A few friends of mine and I decided that I will experiment with a new instrument every month, where I learn the instrument in the first month and I inculcate beatboxing into the instrument in the second month. Constantly pushing the boundaries and widening my horizons is what I think makes me unique. 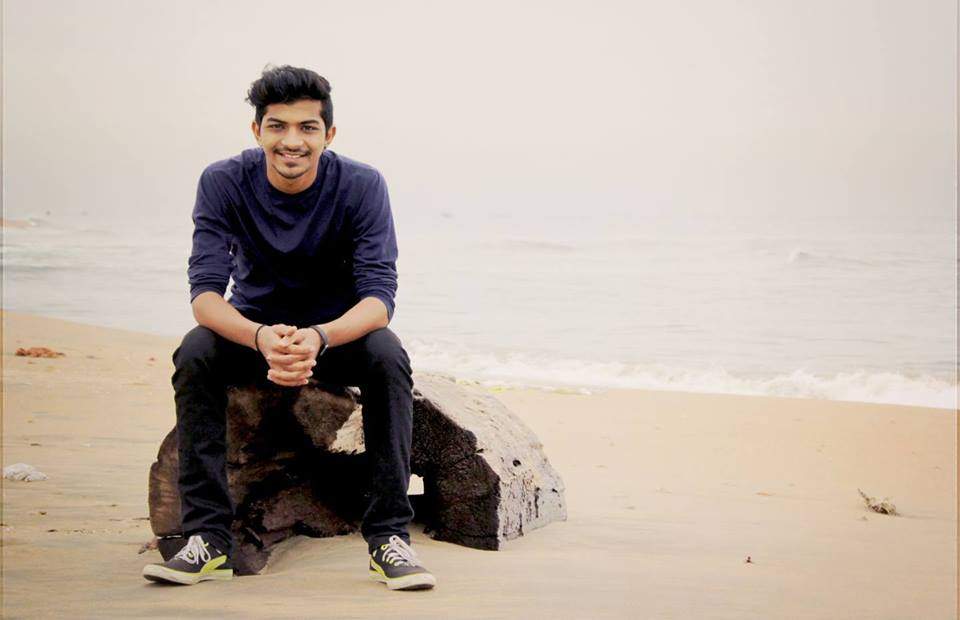 Who has inspired you the most?As musicians, A.R. Rahman, Michael Bublé, John Legend, Raghu Dikshit and bands like Snarky Puppy and Dirty Loops who have the crazy ability to bend techniques to create the kind of music they wish to. I’ve also had random people who’ve watched me perform and given me inputs that have helped me grow many folds as a musician and as a person. Without people and their inputs, I’d be a very average musician.

Is there any particular moment in this journey you consider special?

There have many instances that have made this journey very special, like getting to be the first Hip-Hop artist from Chennai to do a TEDx talk, getting to perform with the likes of Armaan Malik, or the first time my mom realized I was becoming a familiar name amongst the young crowd in the city.

You recently performed at TEDx Pune, how was that?

It was overwhelming. I realized, after we had worked the logistics for the event that I was about to be the first Hip-Hop artist from Chennai to do a TEDx talk and it was very special, not just for me but a boost for the whole community. A TEDx talk is a pretty big deal and they have a large online presence and when the world realizes what Chennai has in store for them, it makes it all the more special to me.

"I have been contemplating making the switch from commercial music to music therapy. Music therapy is where people come to us with problems like depression, stress, anxiety or autism. " - AnkushJain

How many stage performances have you done till date?

Including the pre-professional ones, it will definitely be over 300. I’ve never been one to keep count but I would’ve definitely climbed that many stages.

Have your parents, college and your friends been supportive of beatboxing as a career?

Definitely, yes! I was someone who used to do this in the last bench of the classroom to pass time and without the support of my family and friends, and random people from this beautiful platform called the internet, I don’t think I would’ve made a career out of this and be standing where I am today.

What’s next for you?

After being in the commercial music circuit for about three years now, I’ve realized that we as stage artists and musicians have this beautiful superpower of keeping people happy and eliminating negative vibes temporarily. I have been contemplating making the switch from commercial music to music therapy. Music therapy is where people come to us with problems like depression, stress, anxiety or autism. Autism has no medicinal cure and music therapy has the ability to help people with autism. I’m looking to do a Bachelor’s degree in music therapy followed by a Master’s degree and practice music therapy full time. For a musician to be able to use his knowledge of music to cure people’s mental health issues is bliss and that’s what I’m looking to do.

You can check out his TEDx talk at https://www.youtube.com/watch?v=NzQKU4C7ks8