Mother's Day: Yasmin Sait tells us why it's awesome to be a momager

Yasmin Sait, mother of RJ Danish Sait and anchor Kubbra Sait has been momaging her kids' work for the last seven years

Don't you become a manager to your kids on the day they're born, by default? Yasmin Sait also says the same. Being the momager for her children, anchor Kubbra Sait and comedian Danish Sait for the past seven years, she jokes,"technically, I've been doing it ever since the day these two were born."

It all started seven years ago, when Kubbra quit her IT job in Dubai and came down to Mumbai to pursue a career in anchoring and insisted that her mom moves in with her. "She wanted to spend some time with me and wanted me to take a break," says Yasmin. But Yasmin, on the other hand, was not sitting idle. And so she ended up managing Kubra's work, handling her finances and started signing with the designation 'Manager'. "Not many knew that I was Kubbra's mom. They thought that I'm a regular manager," she says.

But Kubra wasn't very happy about her mom being addressed as her manager. Instead, she suggested that Yasmin be a momager. Ever since, that has been her designation. A few years later, Danish too came back to Bengaluru, and she started 'momaging' his work too. Initially, the Saits tried hiring managers from different agencies. But nothing was on par with Mumma Sait's managerial skills. "But in case someone would like to manage Danish's and Kubra's work, I'll be glad to hire them," says Yasmin. 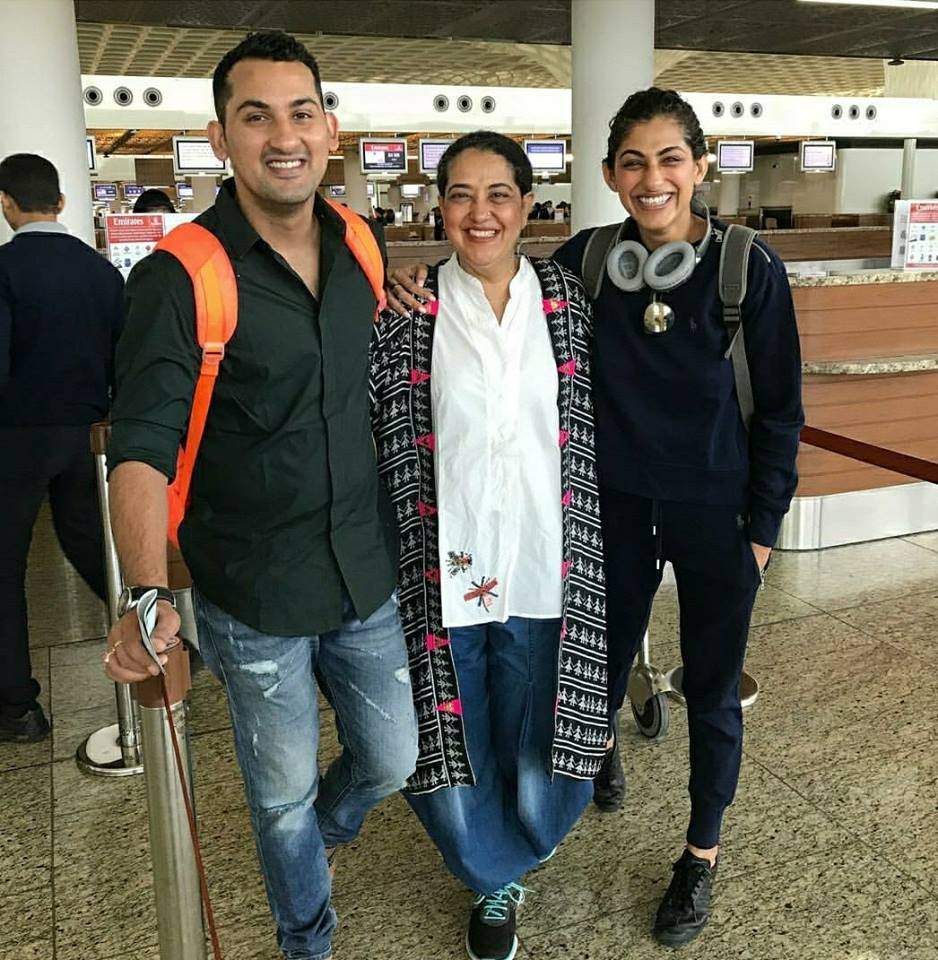 She's been travelling up and down from Mumbai to Bengaluru regularly since Kubbra and Danish are based out of different cities and it is a piece of cake for her. "I'm very tech savvy. A computer and phone are all I need. I managed everything all by myself until 2015. In 2016,  I got an assistant," she says.

Yasmin tells us how managing wasn't very easy initially. "I used to get very emotional. Sometimes, I'd tell them 'You can't talk to your mom like that'. But as time went on, things got easier," she tells us, adding "If there's something wrong, I tell them that right away and I reason it with them. Even if they don't agree all the time, they ponder and come back."

So what's the best thing about being a momager? "I get to stay close to them," tells Yasmin. (Are all the other moms out there jealous?) "I take care of everything including their accounts. It's all about being honest and comfortable," she adds.