If you're not already following stand-up comic Jeremy McLellan on social media...well, you're really missing out on some great political satire.  He is probably the only American comedian who finds more love in Muslim-dominated countries like Pakistan than he does in his own homeland. In fact, he is so popular in Pakistan that his trip there was crowd-funded by his fans and all his shows were sold-out!

McLellan's comedy mostly centres around Islamaphobia and other issues of discrimination in civil society. His efforts to dispel these prejudices have provided a platform for his Muslim fans to open up about their own experiences and it has also encouraged his non-minority fans to open up their minds. He has been invited to various events conducted by Islamic organisations in America and outside.

But how did a staunch Catholic from Charleston, South Carolina become so 'woke' and such a hero among Muslims all across the world? Well, the process of becoming woke starts with first admitting you know nothing and then finding ways to learn, McLellan says in this interview. He also talks about how his 'wokeness' has also ruffled a few feathers in India, with the 'bhakts' trolling him endlessly for his comments on Indian politics. We also made sure to ask him about an obsession that he shares with all of us South East Asians - his love for good biryani! 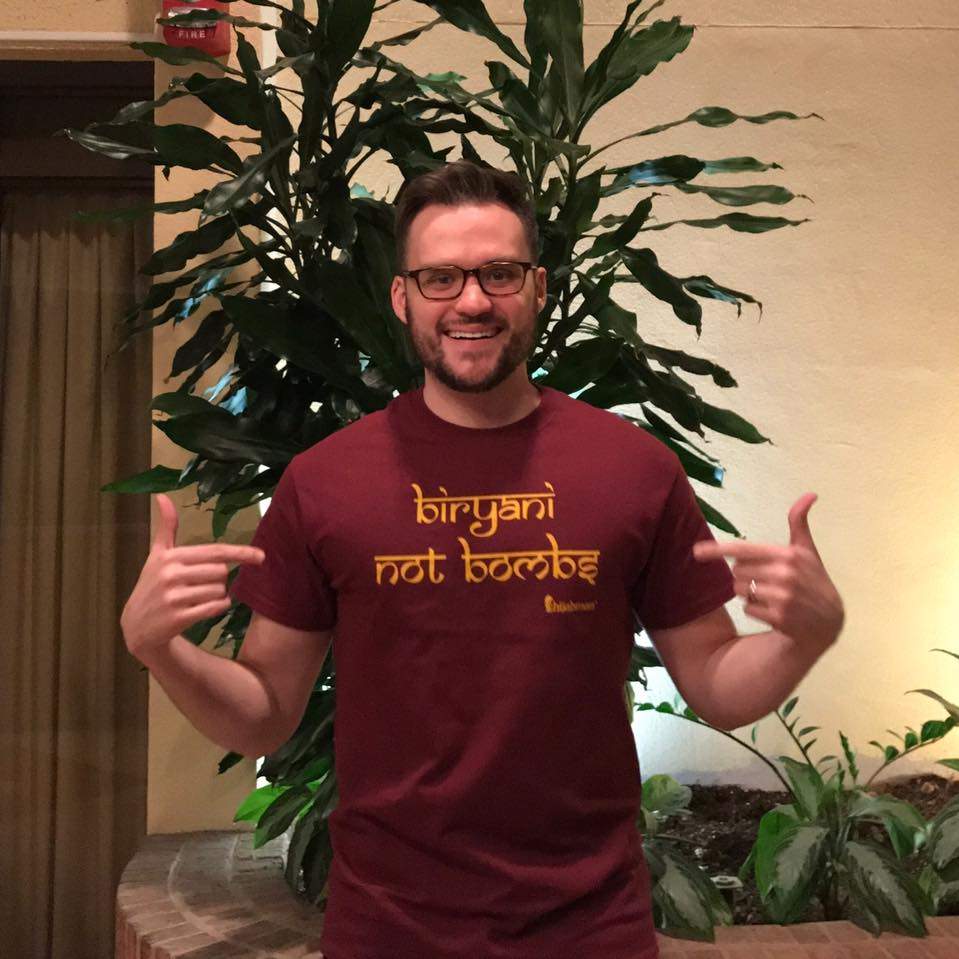 Biryani brothers: Jeremy McLellan saying it in a few but very impactful words

This is a typical and quite a boring question, but I have to ask, how did the journey to stand-up happen? Were you a funny child or did you start getting interested in comedy only later in life?

As a child, I was always clever, smart, curious about the world, and I always said whatever I wanted even if it made people mad (or sometimes, especially if it made people mad). Later in life, around the age of 26, I picked up comedy as an art form to channel all of that.

Since you are a religious person, do your religious beliefs ever stop you from making certain jokes?
Every comedian has some kind of moral perspective that influences what they joke about. There’s no topic that I won’t joke about, but there are certain jokes I wouldn’t make because they don’t fit my perspective.

How did you start to become so popular among the Muslim population? Was it intentional or did it happen accidentally?
Before I became a stand-up comedian I worked with people with intellectual disabilities for 15 years. During that time I had clients who were Pakistani, Indian, Hindu, Muslim, etc., and as their caregiver or case worker I got to learn about their culture. I’m also well-read on religion and politics in general, so when I became a comedian I started talking about those issues in a funny way by exploring those differences. It wasn’t long before I went viral in the Muslim/Desi community, got booked to do some shows, and then word spread even more. Now here I am.

As an Indian, I mostly only see Americans being hostile to Muslims. In such an atmosphere, how did you develop such a deep understanding of the Muslim people and do you feel that you owe it to them to speak about them and bring them to the mainstream?
I think the key to developing a deep understanding is to admit you have no idea what you’re talking about and then find people who you can learn from. That’s what I’ve tried to do. If you keep an open mind and open heart you can learn pretty fast.

I see that a lot of Muslims send very sweet messages to you thanking you for your support. What such message or memory is particularly close to your heart?
I do get sweet messages from Muslims, but my favorite messages are the ones from non-Muslims who have learned a lot from my page, particularly by reading and interacting with Muslims in the comments.


What was your Pakistan experience like? Do you think you'll go back any time soon? Are other Muslim dominated countries demanding your appearance too?
I loved it and I hope to go back as soon as possible. I was supposed to return in April but I have a baby due on May 13 so I had to postpone it until later this year, God willing. In the future I hope to do tours in other Muslim-majority countries like the UK, France, and Germany.

How did you begin to get interested in Indian politics? And please do tell me about the trolling you face on social media from our bhakts?
Well it’s how I learn anything. I had Indian friends and fans messaging me about what’s going on there, so I started reading and posting about it, then I learned more from the comments and hate mail. Whenever you say anything about Pakistan or India, it creates a giant flame war. Usually, I just sit back and watch.


On a serious note, what is your take on the politics in India? Like other major countries in the world, like the USA too, do you think there is an atmosphere of hate that is quickly engulfing us?
I think the desire to create a unified, homogenous nation-state is very damaging to any country. The question is how we can be true to our principles while respecting a very thick pluralism. I think we should allow people to have different ways of life as much as possible. Sadly, in India (and Pakistan, the USA, and a lot of countries) there’s people who reject pluralism and want to force everyone to be the same. I see a lot of scapegoating and conspiracy theories as people blame minorities for everything wrong with their country. You have be very careful when you hear that kind of rhetoric because genocides can happen very quickly.

What can we expect from you in the future with regard to comedy, do you think you'll ever come to India for a show?
I’d love to! If anyone there wants to set it up, I’m ready!


Last but not the least, the one thing that Indians, Pakistanis and Jeremy McLellan share is the love for biryani. Tell us about this biryani affair. Have you learned to make it yet or are you content since you anyway seem to be offered it where ever you go.
People think I’m pandering by mentioning biryani, but it really is my favorite food. I’ve tried to make it, but it’s never as good as the kind that people make for me.