From Auroville to Amma Canteens, how Chandana Rao travelled across TN with just 2k rupees

Want some travel inspiration? Meet this 26-year-old Bengalurean who nails budget travelling like no one else. Here are a few tricks that even you can learn

When we curiously asked Chandana Rao how she managed to travel around Tamil Nadu with a budget of less than Rs 2,000, her reaction of 'what’s the big deal?’ was unexpected. Yet, we pushed her to answer the truckload of questions that came to mind and ultimately, she opened up, saying, "We need to understand that we as Indians have always been welcoming of our guests. I applied that simple logic and got the best hosts, who took care of my food and stay, everywhere I went."

That's Chandana Rao for you — a simple girl with simple solutions for seemingly difficult situations. Her journey around Tamil Nadu is every bit a guide if you want to follow your heart and not indulge in the rat race. A traveller by passion and a graphic designer by what she calls a "necessity," Chandana insists that money has never been the driving factor for her and it is her lifestyle that reflects in her travels. "I am a very grounded girl. I am very raw. I don't spend money on makeup products. I rely on nature for my looks; I don't even own a shampoo bottle! I only use natural ingredients to clean my hair," she says. Well, looking at her pictures, she really does nail the au naturel look. 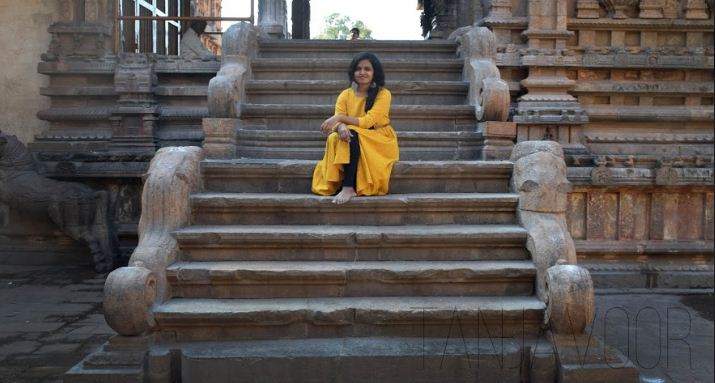 I chose Tamil Nadu for three basic reasons — it is extremely cheap, the weather is nice in February to check out its rich heritage and because frankly, I can't get enough of Chennai

With the attitude of being someone who claims that she can survive a whole month on just ₹100, there is a lot Chandana has to prove. That's one of the reasons she took up solo travelling. "I wanted to break the stereotype that female travellers have to spend a lot more than their male counterparts. I wanted to show the world that solo travelling is an art and you can learn it irrespective of your gender," she says.

But that's not the only thing that Chandana wanted to prove with this trip. She wanted people to believe in something that she believes in — South India is extremely safe for girls to travel solo. "I always wanted to prove that the South is really safe for women who travel solo. When tourists visit our country, they go to places like Rajasthan or Gujarat. But I wanted to show them that South India's hidden gems are totally worth anybody's time," the loyal South Indian says. And her travels prove just that. "I felt like I was at home wherever I went. The people were so humble and welcoming that it was difficult to say goodbye every single time," she says. 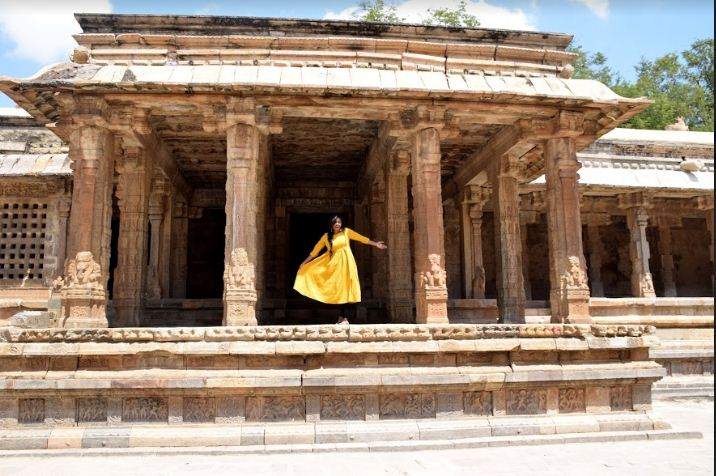 One FB post away: Chandana Rao often uses Facebook to get in touch with travellers and friends who can host her. According to her, this trick never fails

Sensing our eagerness to know more about the wonderful people who hosted her, Chandana begins to describe her journey. "I chose Tamil Nadu for three basic reasons — it is extremely cheap, the weather is nice in February to check out its rich heritage and because frankly, I can't get enough of Chennai. I just love the people and the vibe this city gives," she begins to unfold her itinerary.

Chandana, who had made up her mind to stay in the ladies waiting room at the railway station, was surprised by the invitation she received from one of the backpacking groups she follows. "I use Facebook to get in touch with travellers and friends who can host me. Fortunately, I got a reply from one of the groups within 15 minutes of me asking for a stay," she narrates delightfully. 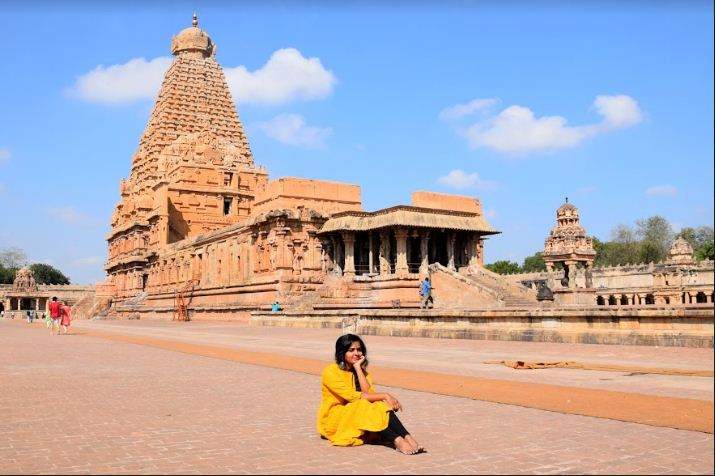 Her bag is full of tricks: Rao appreciates the place she is at, talks to the locals about their culture. To sum up, she becomes ones of them

And that's how her Chennai stay was sorted and it also gave her a friend for life. "The person I stayed with was one of the most inspiring women I've met. She took care of my food and took me around the city," she says. Exploring Chennai, Chandana made sure that she didn't miss the food at Amma Unavagam. "The food was delicious, but that's not all. When the people there heard about the purpose of my travel, they didn't even ask for money. That really touched me," she says.

So, the first leg of her travel from Bengaluru to Chennai only cost her Rs 150. Her next stop was Auroville and yes, she didn't have to pay for her stay there either. "I came across a hostel and spoke to them for a bit. They were so happy to hear my story that they didn't ask for any money," she says. But Chandana is not someone who enjoys being a freeloader. "I didn't want to stay there for free. So, in return, I spoke to a few tourists in the vicinity and brought in more guests for the hostel. The owners were more than happy,” she narrates. That’s Puducherry for you! I wanted to break the stereotype that female travellers have to spend a lot more than their male counterparts. I wanted to show the world that solo travelling is an art and you can learn it irrespective of your gender

More adventures awaited her at Tiruchy, where she got a family to host her, again through social media. "Not only did I travel with them for two days, but I also had to console them when I left," she laughs. Chandana’s last stop was Madurai before she headed back to Bengaluru. With all travelling she did from February 19 to 27, her account balance came down by only Rs 1,874. Such talent, much wow, we say.

Of course, there are quite a few tricks that you can use if you are a fan of the way she travels. "Learn to trust. I research the people I’m going to live with and after that, I don't let my doubts bother me," she says. "Also, you need to lose the ‘show-off’ attitude while travelling. Appreciate the place you are at, talk to the locals about your culture, become one of them and that's it — they will genuinely make you a part of their lives," she concludes.