Sobhana Pushpangadan is the veritable jack-of-all-trades. Having gained recognition for her beautiful terrace garden, she speaks about why others should do the same

A trail of flowers parts ways through the narrow street that leads to Sobhana Pushpangadan's house. The name is familiar to most people in Ancheri, Thrissur. Some know her as the local General Secretary of the trade organisation, Vyapari Vyavasayi Ekopana Samithi; some as a member of the Accident Care and Transport Service (ACT) and some even as the slender frame that zips around on her scooter at any hour of the day to deliver your newly-stitched clothes. At 55, Sobhana dons more hats than most of us can dream of in a lifetime. But her latest hat is the one that she can't seem to stop talking about.

"A newspaper noticed the flowers that I had planted on the sidewalk outside my house. The land wasn't being used, so, I decided to add a bit of colour to it," she says simply. But that wasn't Sobhana's first brush with gardening. For the past three years, the terrace of her modest house has been overflowing with plants and vegetables of a dozen varieties. This mother of two has managed to grow a small terrace farm that supports not only the family's fruit and vegetable requirement but also has enough to distribute around the neighbourhood. 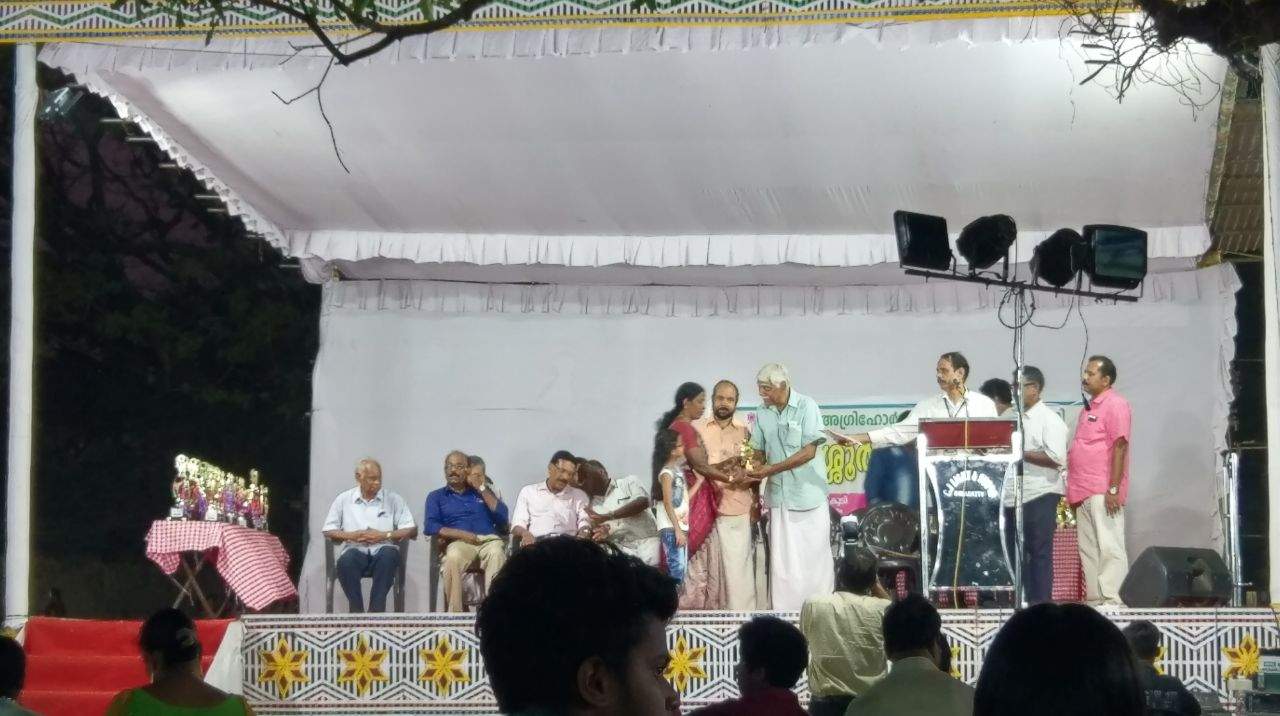 Stage of success: In January, Sobhana was awarded by the Thrissur Corporation for her terrace garden

"I do it because I've always had a love for all things green since I was a child. There are a hundred things that I may be doing, but tending to a garden of my own has always had a special place in my heart," she explains. Like most of her childhood dreams, this one has also brought Sobhana the recognition that she deserves. Her garden has won first prize at the Thrissur Corporation's terrace farming competition for the third time in a row. "If we all go back to farming, we wouldn't have to depend on so many people. My family hardly goes to the store anymore to buy produce."

Sobhana's house sits on 3 cents of land, but the limited land does not keep her from unleashing her green thumb. She has converted a small patch of unused, barren land behind her house into a makeshift farm with vegetables and fruits that she tenderly attends to. "I know we live in constricted spaces these days, but we must still try to attend to nature. If you manage to find enough land and time to grow at least two varieties of plants in your house, it will change the way in which you function," she states.

After securing her position at the top for the third time this January, Sobhana has been carefully preparing her terrace for a new cycle of planting. She tenderly removes the slightly worn out varieties of plants and replaces it with newer seeds and a fresh batch of soil. But why start over? Sobhana dismisses the question with a shrug. "We must plant fresh batches, so that they are healthier and stronger by next year," she says. Although her eyes are planted firmly on her plants, her words seem just as accurate for the woman herself — always reinventing herself and emerging stronger each time.