TISS researcher Somnath Waghmare was in the limelight for his documentary on the Bhima Koregaon battle. Now he's asking for funds for his next film on two anti-caste activists

When we recall the stories that our grandmothers told us as children, we probably remember them with bright smiles. But the stories that Somnath Waghmare's grandmother told him as a child were about his family's struggles against caste discrimination and violence throughout their lives. Stories of abuse, injustice and despair. However, when he grew up he realised that a large majority of people did not know these stories and it was simply because there was no one to tell them.

That's when he decided that he would be the one to tell these stories to a larger audience. To get there, though, he is crowdfunding to raise enough to make movies on Dalits from a Dalit perspective.

Waghmare is 27 years old, hails from a small village in the Sangli district of Maharashtra, and his parents were both mill workers. Waghmare is currently pursuing his research on caste, cinema and the politics of Maharashtra at TISS, Mumbai and has worked at FTII previously. Growing up in Sangali, Waghmare said he has witnessed more than ten incidents of caste violence. Documenting Life: Somnath Waghmare says he has witnessed at least ten instances of caste violence in his hometown of Sangli

He was recently in the news for his crowd-funded documentary on the Bhima Koregaon Battle. It was made a year ago but when violence broke out this year, the media seemed to realised that there was no available information on the battle. "There were only two articles and my documentary was the only information available. Even though Dalits have been participating in this march for 100 years and this year marked the 200th anniversary of the battle, no one knew anything about it," Waghmare said.

Waghmare says that there are barely any stories about Dalit stories that have been written or filmed and those that get told are told by non-Dalits, who fail to do justice to these stories — either because they don't understand it well because they are unable to look at the issue from the Dalit perspective or because they become condescending in their reportage.  When it comes to the topic of caste, the discussion becomes about Dalits, caste is equated with Dalits and Dalits are equal to reservation and that is the end of the discussion, Waghmare said.

"There seems to be no space for Dalits and Bahujans in the filmmaking field. We have a Sanjay Leela Bhansali making a film on Peshwas but he doesn't document how they tortured the lower castes in their time. There are only three of four Dalit filmmakers in this business and thankfully they also write stories glorifying Dalits and not just paint them as being poor or ill-treated. For example, Pa Ranjith's Kabali was a wonderful celebration of the identity," he explained.

From Koregaon to a curious couple

It was this lack of Dalit storytelling that motivated Waghmare to make Bhima Koregaon and his next — a film on the husband-wife couple, Gail Omvedt, an anti-caste activist and sociologist and Bharat Patankar, a mass leader in Maharashtra. "Patankar is like Pansare in our village and I've known him since college. He has been involved deeply in empowering farmers and anti-caste activism. And I met Gail at a public rally when I was in the 11th standard and I remember wondering what this foreigner was doing there. Over the years, I've gotten to know them from more close quarters," Waghmare said. 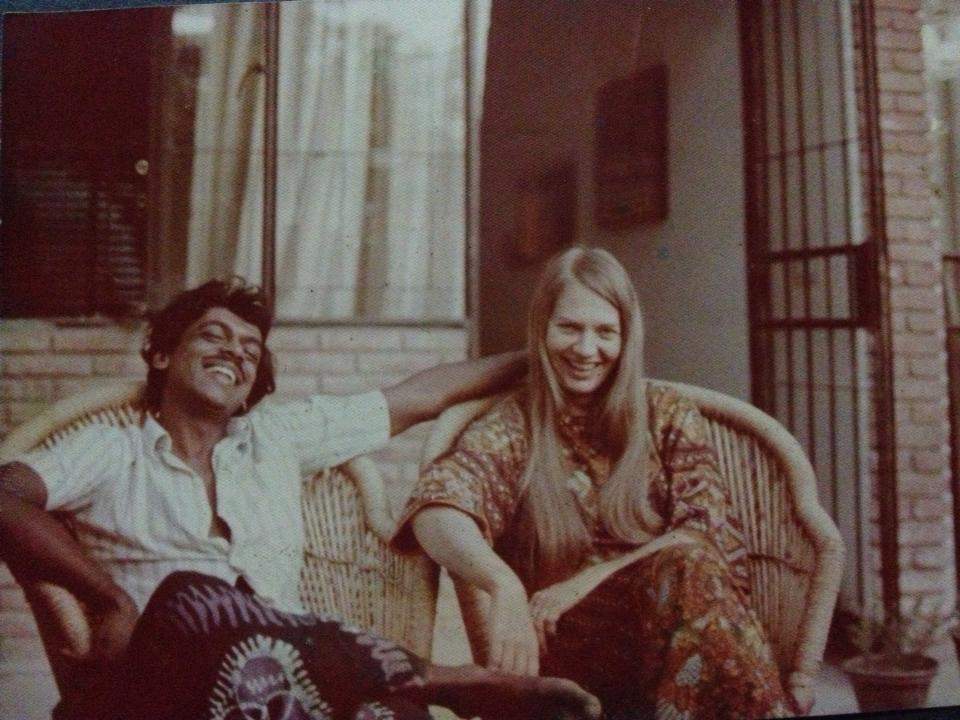 Love and activism: Somnath says that he doesn't want to only concentrate their activism but also their own personal stories

"Gail's story is very interesting, she came to India at the age of 26, in the 70's. Her mentor was distantly associated with Ambedkar and therefore, she had been exposed to the Dalit movement for very long. She then came down here and became a part of the struggle. She is also one of the very few people who has produced Dalit literature in English. She has written about Mahatma Phule and other leaders. Her stories are relevant today and read by those learning about the movement," Waghmare explained.

But Waghmare said that he doesn't just want to merely write about their ideology or their activism but he wants to document regular stories from their life and their experiences,"When Gail would go house to house getting people to come and join their rallies and discuss caste issues, people in the villages would be so amazed because they did not understand how a foreigner was interested in these issues. I want to show how she had these experiences," he added.

We don't need any producers, crowdfunding is way more legit

Like his first film, Waghmare is crowdfunding this project as well and is in need of three lakh rupees, "Since my first film became popular, there were a few producers who came up to fund my film but I did not want to accept their offers because they are all so capitalist and they don't understand the motivation behind the film. I did not think it was moral or ideologically right for me since they would also interfere in the creative process. I have confidence that the progressive circles will help me," he explained.