In a world that is shrinking slowly with the magic of the internet and a hundred fingers typing in unison, it is easy to feel suffocated. For those of us who are crazy enough to search for a helping hand on days where we feel alone among the virtual crowds, the answer is just around the corner. Bodhini, or the Steve Jobs quote they cite, 'The people who are crazy enough to think they can change the world’, are just a call away. The NGO provides education, assistance and rehabilitation to victims of online bullying, child abuse and sexual abuse.

Bodhini's brochures are circulated among schools who, in turn, request classes for their students. The organisation, which follows a strong protocol of anonymity for its members and the victims they help, share a helpline number and their email address for the students to reach out to after every session. "Yes, these are tough times and there are so many of these issues that people have to deal with," says Bodhini, through a volunteer. "A lot of it is made worse by us creating negativity and paranoia. What we help people do is to take a roundabout turn and push the whole thing back purely through positivity."

The organisation's most adopted principle is the same, using positivity to fight fear. They say, "Even if you take a child or an adult who is trapped in a situation, the minute they fight back, it breaks the hold of the predators. Ultimately, that is all that they have, this fear. There is a lot of cyberbullying happening and when you empower someone to take a step back and push back, it helps them realise that they needn't have gone through all that negativity inspired by fear. When they step out and realise that there is nothing these people can do in the real world, the predator is out of the picture." 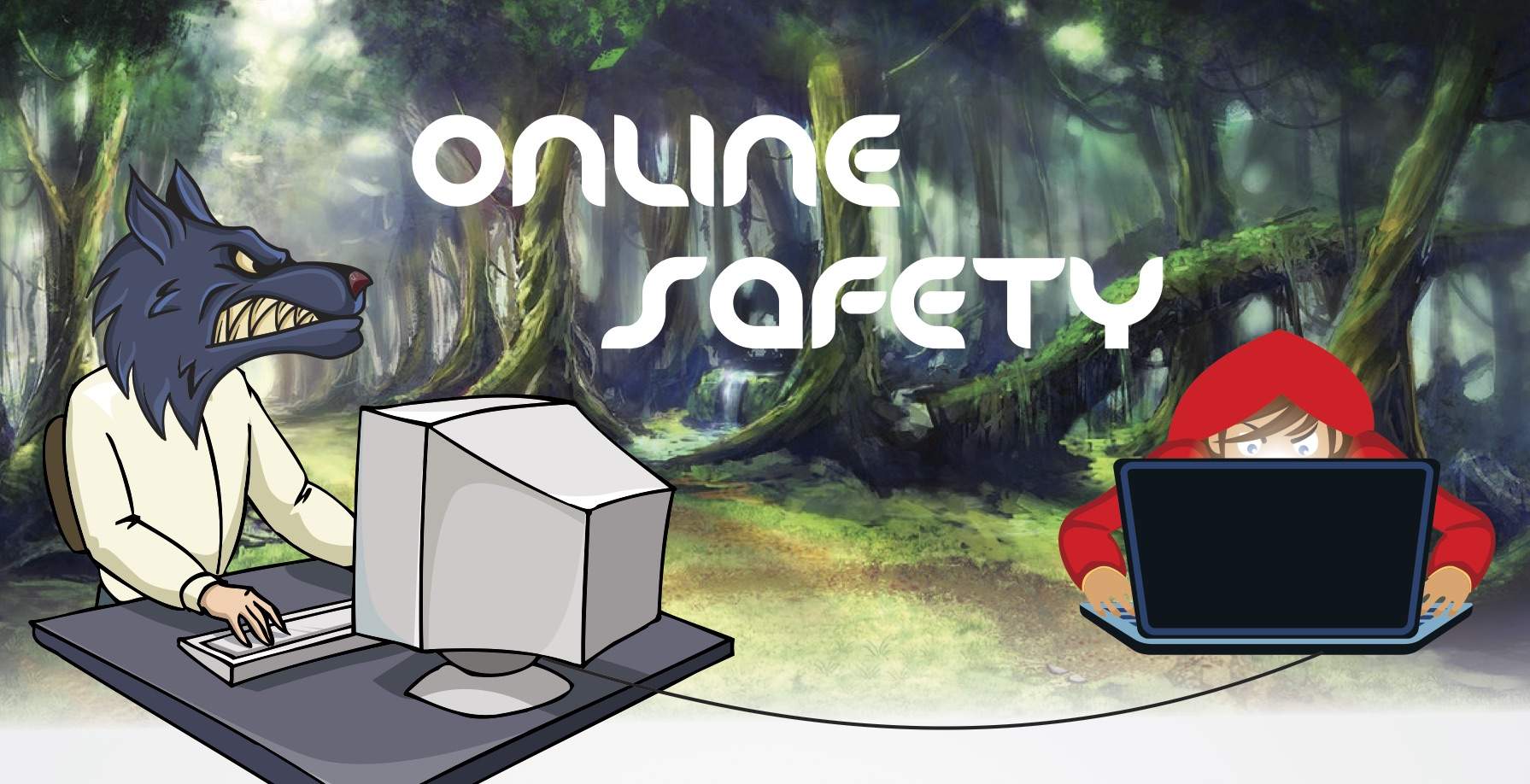 Help line: Bodhini reaches out to schools and colleges to support students who have faced bullying of any form

"It's all about your mind set — staying positive and not letting that fear get to you," they emphasise again. Bodhini's module follows a particular timing and structure. Initially, those attending their classes are taken through some key safety points and they are later taken through emotional lows and through the different structures surrounding the concepts of bullying and abuse. After they are familiar with the technical concepts behind what they are dealing with, there is a session on how to overcome those things.

"At the end of the day, questions are answered. We are also open to answering any question they can't ask anyone else. Basically, the children know that we don't pass any judgements, so there is a very important element of trust there as well." they say, "We also encourage them to reach out if they have friends who struggle with any of the things we are dealing with.  Children are really the major victims here. Cyberbullying can even lead to victims taking their own lives and that is exactly the sort of thing we are trying to make sure never happens."

Bodhini is currently one of the only NGOs in the country that deals with online abuse. Having been established 5 years ago, when the online form of bullying was virtually overlooked by society, they realised that child abuse had become a major issue over the years. "There are a lot of things happening online," they say, "There are so many forms of bullying that kids have to deal with these days. A lot of the violence and bullying happens on the internet and not just to kids, to adults too. One of the greatest things about technology is that it has reached rural areas too. But there is another side to all of this and very few people are aware of how bad it can actually get. This is about the common man who may not be able to tell just how bad it can get." 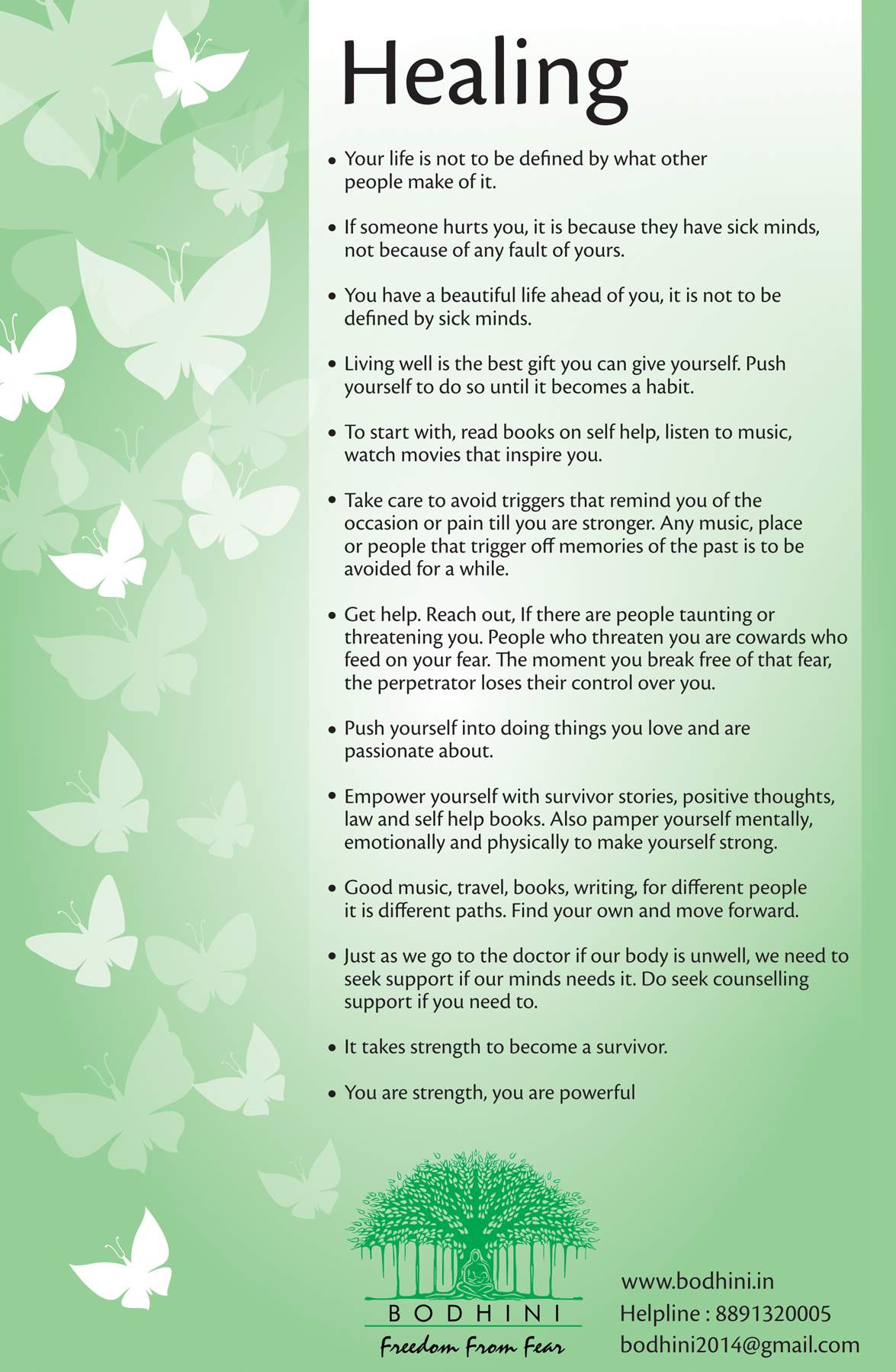 Power up: The organisation's helplines are open to anyone who needs support

The organisation has made a few short films to get through to the general audience. A movie they created about bullying has even been adopted by UNICEF for their teacher-training material. Their most recent resource material has been healing posters, which assures victims that bullying is 'not the end of the world'. "The idea is not to scare anyone off the internet," they clarify, "They are just like the road safety rules that everyone adheres to; it's just been repurposed for this modern space. And we make sure we link all our movies and posters to our hotlines because we get a lot of people reaching out."

"We are all scared for our children's safety, so it's important to understand basic things like bad touch-good touch through these movies and posters," they continue, "Through our sessions and resources, we are saying that if you are lonely or do not have friends, it's not the way you should define your worth. At the end of each session, they receive a lot of positive reinforcement. And for anything else, we have counsellors and psychologists around the clock." This is a reminder for those who feel the need to suffer alone. Let the world keep shrinking. Grab onto the rope Bodhini throws you to make sure that you are close enough for comfort.