Why Annie George is the BEDROC that Nagapattinam's women stand upon

Annie George is the founder of BEDROC, an organisation that helps build disaster-resilient, sustainable coastal communities in the regions most affected by the tsunami of 2004

"There's so much happening! I wish I had another lifetime so that I could do the things that really matter," says Annie George, a postgraduate of Rural Management, who started her career working for cooperatives and the health sector, before she decided to leave it all behind to help bring relief to the coastal regions of India that were hit by the 2004 tsunami. She is the founder of BEDROC, an NGO that helps build disaster-resilient and sustainable coastal communities. Annie's words drips with love for the work that she has been able to do, but just as overpowering is the humility with which she insists that she has barely done anything. Take a look at the lives that she has helped piece together and you be the judge. Excerpts:

What led you to the world of disaster management and rehabilitation?

I was working with the Jalanidhi project in Idukku as Director of Monitoring and Evaluation when the tsunami hit. When that happened, I just felt like I had to do something; I couldn’t stand by and be a spectator. So, I called up the Kerala government, but they told me that they had everything under control in Alappuzha. Later, I got in touch with a senior of mine who was working with the fishing community in Nagapattinam, which was one of the worst hit areas. He worked for an organisation called the South Indian Federation of Fishermen Societies (SIFFS) that was already undertaking relief activities and he invited me to join them. So, I went to Nagapattinam with my son and a friend to see how we could lend support. At the same time, Sushma Iyengar, who had created a network of NGOs to jointly help the victims of the Gujarat earthquake of 2001, came down to Trivandrum to help out and I became a part of that process. Finally, I resigned my job and moved to Nagapattinam to head the NGO Coordination and Resource Centre (NCRC). 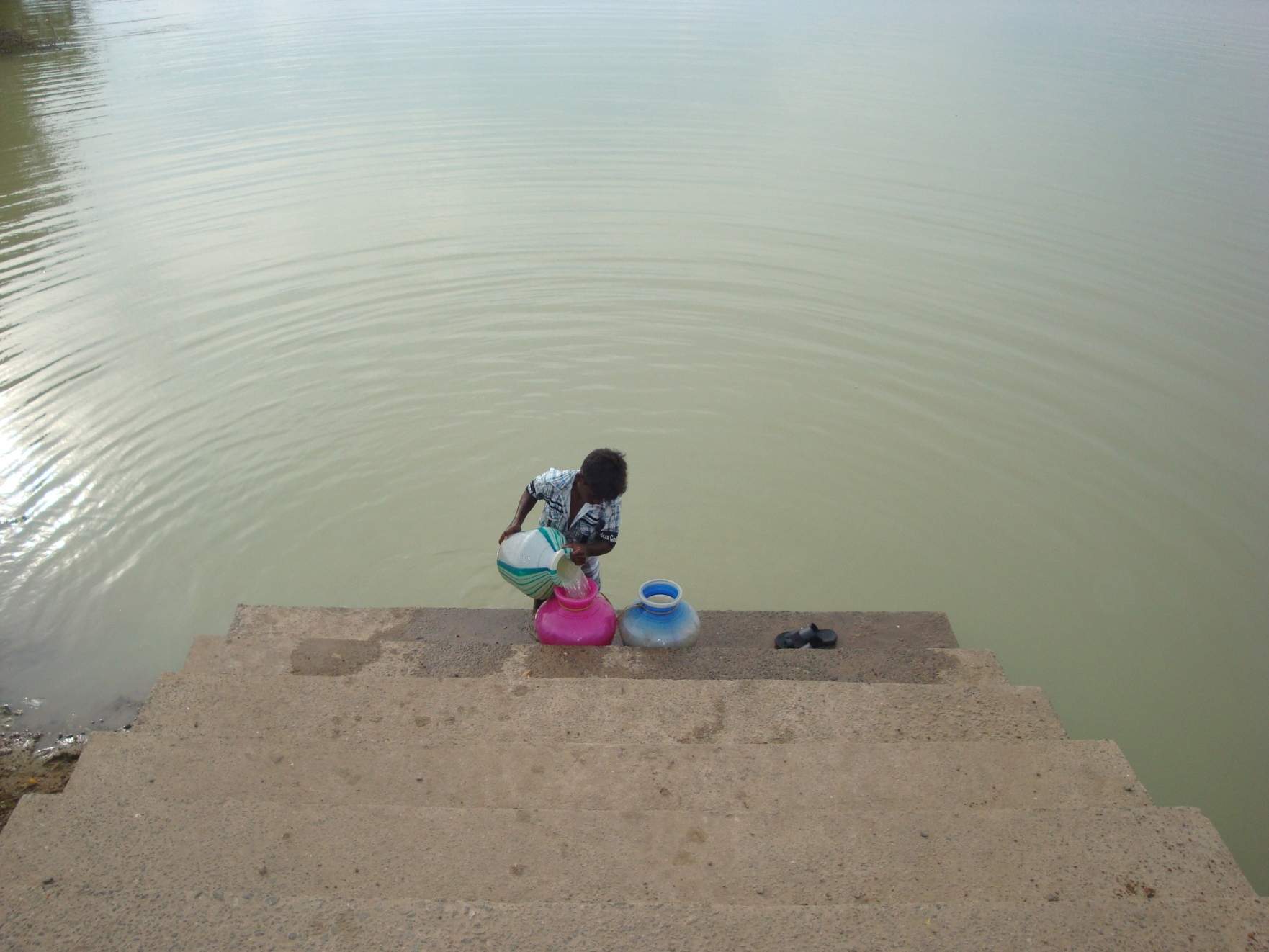 Still waters: In 2010, over 210 lives were lost in Nagapattinam during Cyclone Jal

When did you first recognise the need for cooperation in disaster-prone areas?

This centre was set up with the support of two major NGOs in Nagapattinam — one of which supported men and the other, women. We were working among the communities that were heavily impacted. We set up 13 information centres along the coastline, which collected day-to-day relief and rehabilitation information. In that time I learnt that Nagapattinam is a long and narrow district and whoever comes to help only manages to reach out to the central part of it. There was a lot of help going into those easy-to-reach areas, while the areas at the extreme ends were struggling. So, we tried to make sure that the government was able to help all the areas. Then, we took up structural rehabilitation: agriculture, fisheries, housing, widows and orphans. We understood that different sectoral areas required different types of rehabilitation. It was a wonderful period because we had NGOs, governments and people from across the country discussing this issue.

What was the journey towards setting up BEDROC like?

By 2007, we did not need any more coordination among NGOs, so, we began an examination on the vulnerabilities of Nagapattinam and we found that it is susceptible to floods and droughts on a regular basis because it has 14 river systems flowing within it. Wherever water is flowing it will impact the district because it falls directly within almost every route and because it has not been well maintained, it gives rise to floods. And when there is no rain, the rivers are dry and we experience salination and droughts. So, we understood that if we wanted to build this place for long-term resilience, we needed to start with this. We started to work with various water systems through the communities and formed water user associations. Unfortunately, this proved to be a very expensive venture and we could not keep doing it because it was the state’s responsibility. Another area we worked on was strengthening the farming communities here through paddy cultivation and a failed attempt at milk production. We are currently working with children to ensure that they grow up into responsible human beings. In the recent past, most of the youth in Nagapattinam have been moving out. We wanted to develop a generation that would be interested in developing their own area. 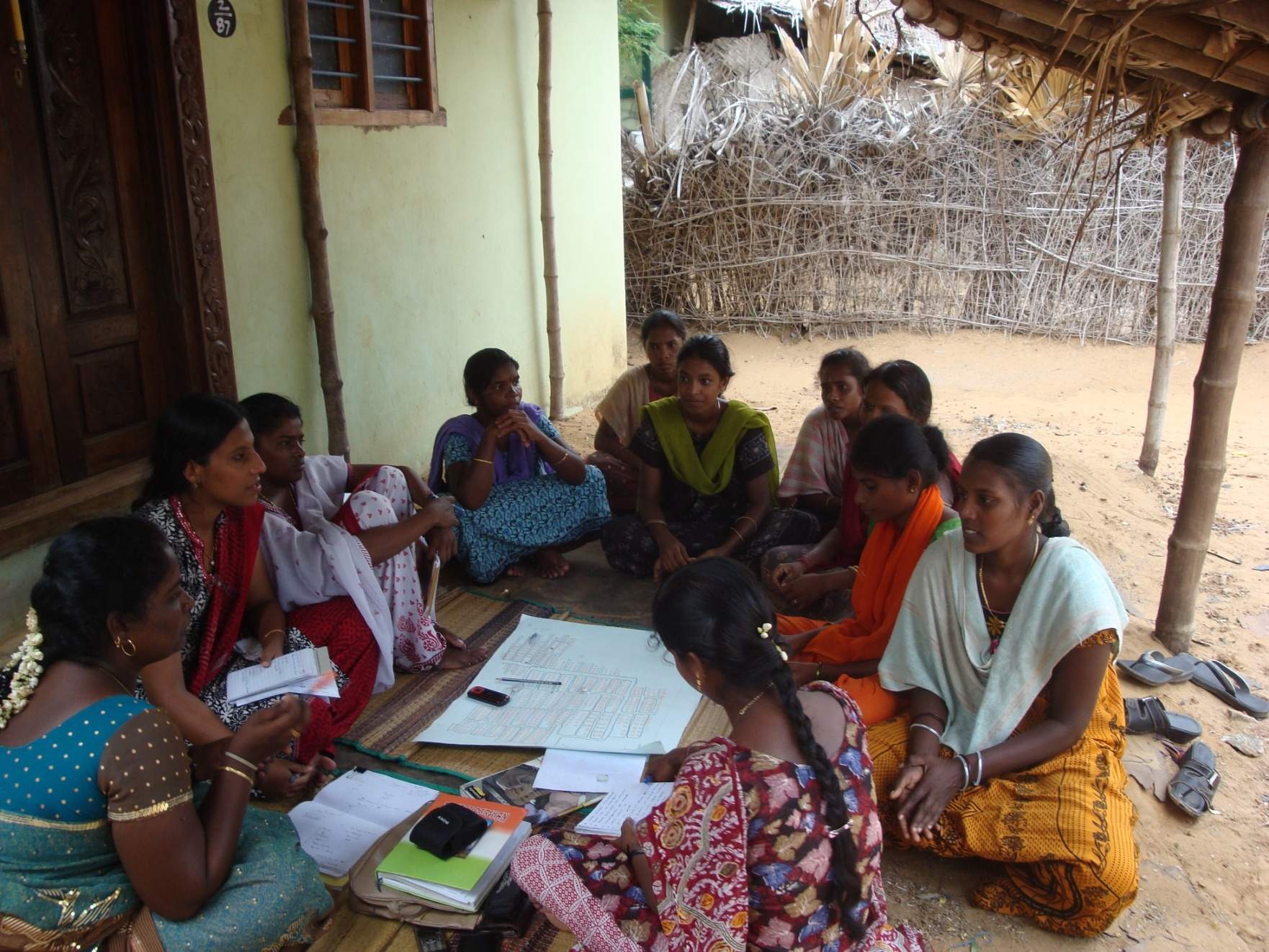 There is a misconception that the tsunami was a long time ago and that we have surpassed its impact. What is the reality in affected areas?

Even at a global level there are very few people who understand the kind of time it requires for a community to recover from a natural disaster of such proportion. There are a lot of people putting in money in the hope of seeing immediate visible change. There are 20,000 different houses in various areas; the sheer scale of it has to be taken into account. First of all, the government has to find land. These are different communities that we are working with. We have to keep their specific requirements in mind. In addition to all this, we are dealing with a coastal area, which is inherently unsafe. So, we have to find a balance in the sense that it has to accommodate a certain number of people, be far enough away from the coastline to be safe, but also close enough so that they can practice their livelihood of fishing. Just the process of identifying this area of land took close to a year. It would take an average time of at least 3 to 5 years to help these survivors back on their feet. There are many people who show up for the relief period, but few of them stick around for the real hard work that follows. And because there are diverse groups within each community, we can't just come up with a one-size-fits-all solution. We need to understand what the community requires and then start working from within.

Often, ordinary people only see such issues from the surface. How can we help and support something that we may not be wholly aware of?

I call this the visible phenomenon. Because we are all working with computers, we have a feeling that what we see is what we get. So, during a disaster, a similar thing happens where what is visible is what we perceive is the impact. But there are so many areas where the impact is invisible, but is very much there. We like to begin by understanding each community that forms an area and try to match their needs with what the government or surrounding NGOs can provide. We need to look further ahead in this case. It is also important to begin with the basics and build sustainable societies that will be able to withstand any future disasters.