RTI is every Indian's strategic weapon: Aruna Roy and The RTI Story

A social activist. An ex-IAS officer. A Magsaysay Award winner. A writer. A catalyst for the enactment of the RTI Act. We're not talking about a group of people. We're just talking about Aruna Roy

What makes someone so brave and zealous about making a change in people's lives and the society as a whole? Ask Aruna Roy, a social activist who became the catalyst for the enactment of the Right to Information Act that opened a way for the public to question the corrupt practices in the government. Born in Chennai and raised in Delhi, Aruna served as an IAS officer from 1968-74. The 72-year-old has also written a book, The RTI Story: Power to the People that pays homage to the saga of the RTI law. We caught up with the co-founder of the Mazdoor Kisan Shakti Sangathan (despite her busy schedule) to talk about her journey and the benefits and future of the RTI Act. Excerpts from a spellbinding conversation:

From quitting civil services to working at the grassroots level in Rajasthan in 1975, can you tell us more about your journey?

This has been a humbling and extraordinary journey of learning with ordinary people who are intelligent, honest and fun to be around. They taught me how to work and live with hope and practical wisdom. I learnt about the culture of resistance and the patterns of survival. I learnt how to cut the confusion and reach essential issue quickly. The RTI was born out of this collective reasoning.

Do you think our system has weakened the RTI Act by granting exemptions to the CBI and other agencies?

Public authorities are fighting to be put under Schedule 2 and have Section 8 of the RTI law apply to them, that is exemption. The CBI, which is an investigating and not a security agency and has the basis of exemption, is clearly an example of this. This is most hypocritical, given that the country is demanding independent investigation against corruption and the Central Government is claiming credibility for CBI investigations. In other cases like biotechnology and the nuclear regulatory bill, the government is attempting to amend the RTI Act through the back door of other legislation. All these activities by the government — arbitrary amendments and backdoor amendments — must be stopped. The government must come to terms with the change the RTI represents. They must begin to see the advantages of it in participatory governance. 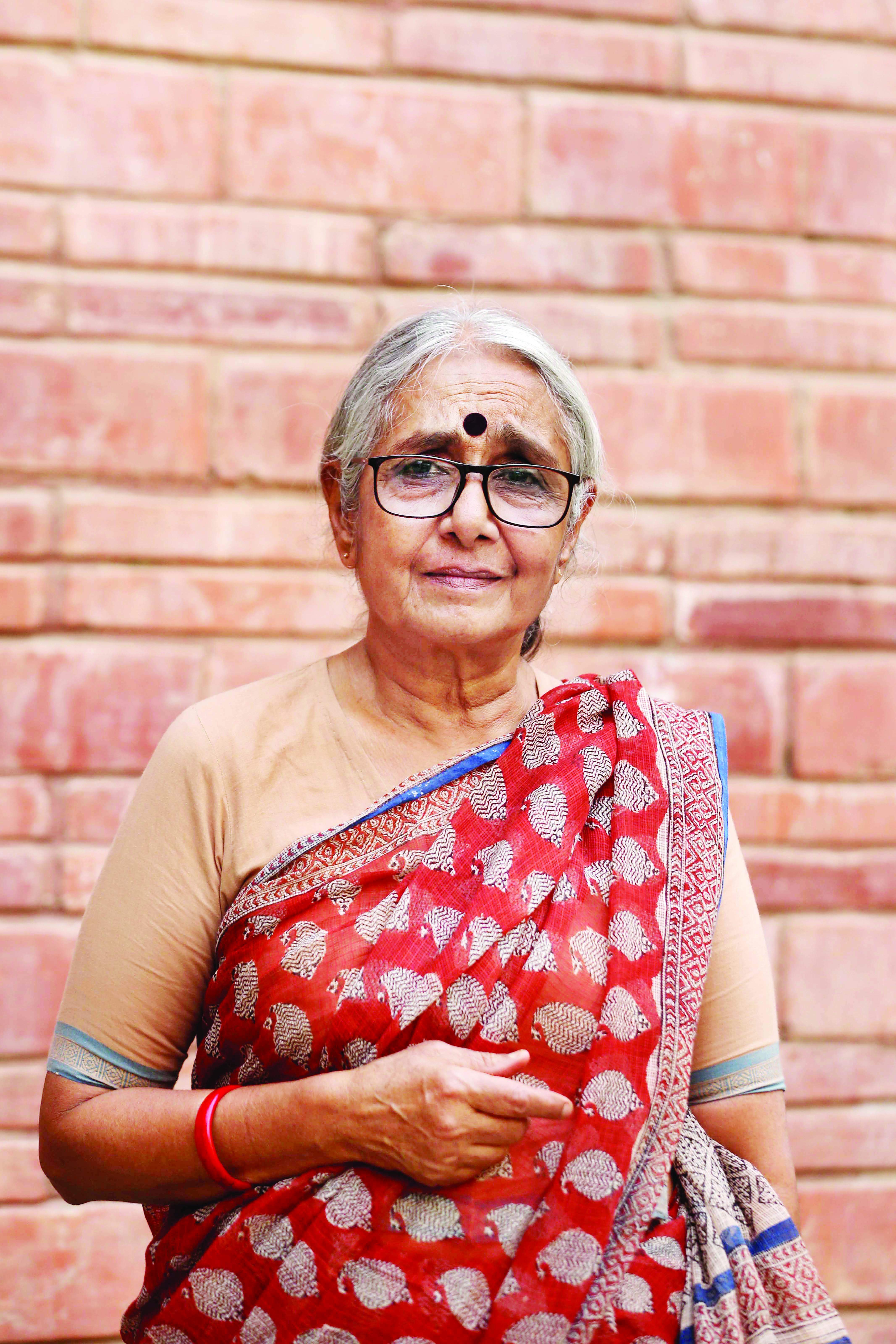 The commissioners and Commissions have also failed to set up norms for efficient functioning. Some of them see this post as a post-retirement, low-pressure job. They fail to realise how many people use the RTI Act as a means to access other rights and delay is the denial of their basic rights

What are the drawbacks of the RTI Act?

An act that ensures transparency in governance does not hold any drawbacks, instead, it paves the way for transparency and accountability measures to be applied to the public spending of our taxes. Processes such as social audits are dependent on the RTI Act for obtaining information to carry out the process at the Gram Panchayat level. Instead of drawbacks, we need to focus on the threats that intend to weaken the Act. The biggest threat to the effective implementation of the RTI is the bureaucracy itself. Public Information Officers (PIOs) are not given proper training and the trend has been towards subverting applications rather than answering them. There are various arbitrary amendments that are being made by state legislatures to make it difficult for people to file RTIs. 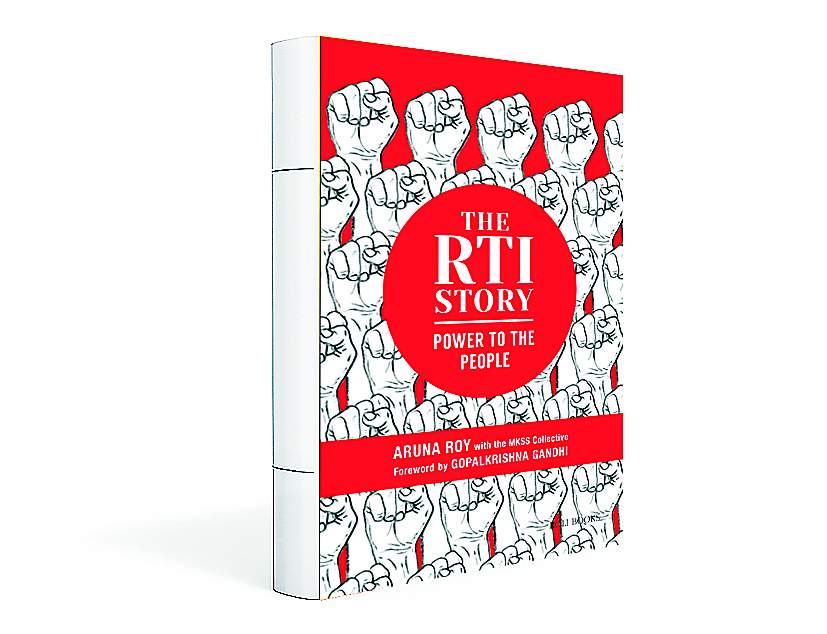 Name sake: The book has been published by Roli Books and is priced at Rs 495

On an average, 300 applications are filed every hour, but the pendency of these cases has gone up. What can be done to ensure that such loopholes are rectified?

The idea of having mandatory penalties in the law was to ensure that there would be adequate deterrence amongst officials against the denial of information. However, in many cases, despite the clarity and mandate of the law, information commissioners sympathise with the Public Information Officers (PIOs) and are reluctant to impose penalties. It is not surprising, therefore, that there is a huge problem of growing pendency. The Commission was made powerful, not for personal perks, sirens on cars and status, but to ensure that this would become a powerful commission that could act on behalf of the people's interest.

The Commissions need to show that they are working both efficiently and diligently. Shailesh Gandhi, who has just retired from his tenure as a Central Information Commissioner, did set up norms for disposal and had even raised the issue of Commissions having a citizens charter. Powerful independent Commissions need to build their own accountability systems and set an example to others.

The easiest way to solve the burden on the Right to Information infrastructure within the government is for all public authorities to follow Section 4 and have voluntary suo motu disclosure. Whatever can be disclosed, should be disclosed and this will negate the need to file an RTI application. Apart from following this section of the Act, the government must provide the mandated infrastructure required to make the right to information function properly. The needed number of PIOs must be appointed to departments and trained adequately. 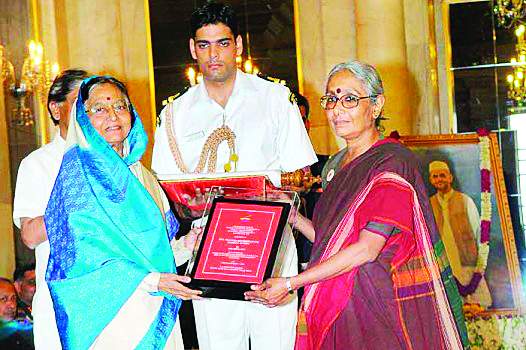 Over 70 people have been killed since the Act was passed. Do you think this will deter people from using it as a tool?

The attacks on users of the RTI are an alarming trend that absolutely must be taken up seriously at the highest levels. This is happening because the RTI allows you to question, and in questioning power, relationships are shaken up. To date, in the informal records maintained by the National Campaign for People's Right to Information (NCPRI), there have been around 150 serious attacks (killing, harassments, assaults) on RTI users. Those killed were basically ordinary citizens, seeking information on issues of public interest — mining, corruption, irregularities in the functioning of rural schools, fund utilisation for village drainage system, civic projects, illegal electricity connections and land. Most of them were first threatened and ordered to withdraw their RTI applications. When they refused, they were attacked and murdered. The questions that have been asked expose people in high places and reveal severe shortcomings in service delivery, with potentially serious consequences for persons within the ruling elite.

In this context, the RTI is shifting from just transparency and accountability issues to a far more powerful and grave area of the right to life. The challenge for the RTI in India lies in its preservation as a strategic weapon in the hands of ordinary citizens that enables them to speak truth to power. At the same time, we also need to address the issue of the protection of whistleblowers.