It came before modern rap: Why rapper Lady Kash wants to play Villupaatu for kids in schools

Lady Kash started off when she was only 18, debuting in the film industry with none other than AR Rahman. Now she's gone all revivalist with her viral Villupaatu video

With her latest single, rap artist Lady Kash has not just given us another hit song but also an insight into a forgotten art form, the Tamil version of rap - Villupattu. In her video, Lady Kash aka Kalaivani Nagaraj can be seen with the elderly Poongani amma, one of the few remaining Villupattu artists and the video has since gone viral with 6.5 lakh hits, since its release on Tamil New Year's Day.

But that is not the only effort LK has put into throwing light on the dwindling art form — she is also working towards socially and economically uplighting Poongani and others like her. In this interview, she talks about Villupattu, her journey in the industry from doing the rap bit for A R Rahman's song Irumbile Oru Idhayam in Rajinikanth's Endhiran to what it means to be a female artist in the times of the #metoo movement and if she would ever consider other genres of music or composing for films.

Villupattu was impactful on various levels, it had a great rhythm to it and it was accompanied by a splendid video. But more than anything it told a beautiful story of an art we've all forgotten. What inspired you to write the song.

I've always believed that Villupaattu is an Eastern seed to modern day rap. It stems from the ancient art form but unfortunately, it hasn't been documented. I wanted to create this song to amplify this art form and also string the importance of embracing our roots in the track. Rap is my chosen tool in this world. I felt it was my responsibility to do so. 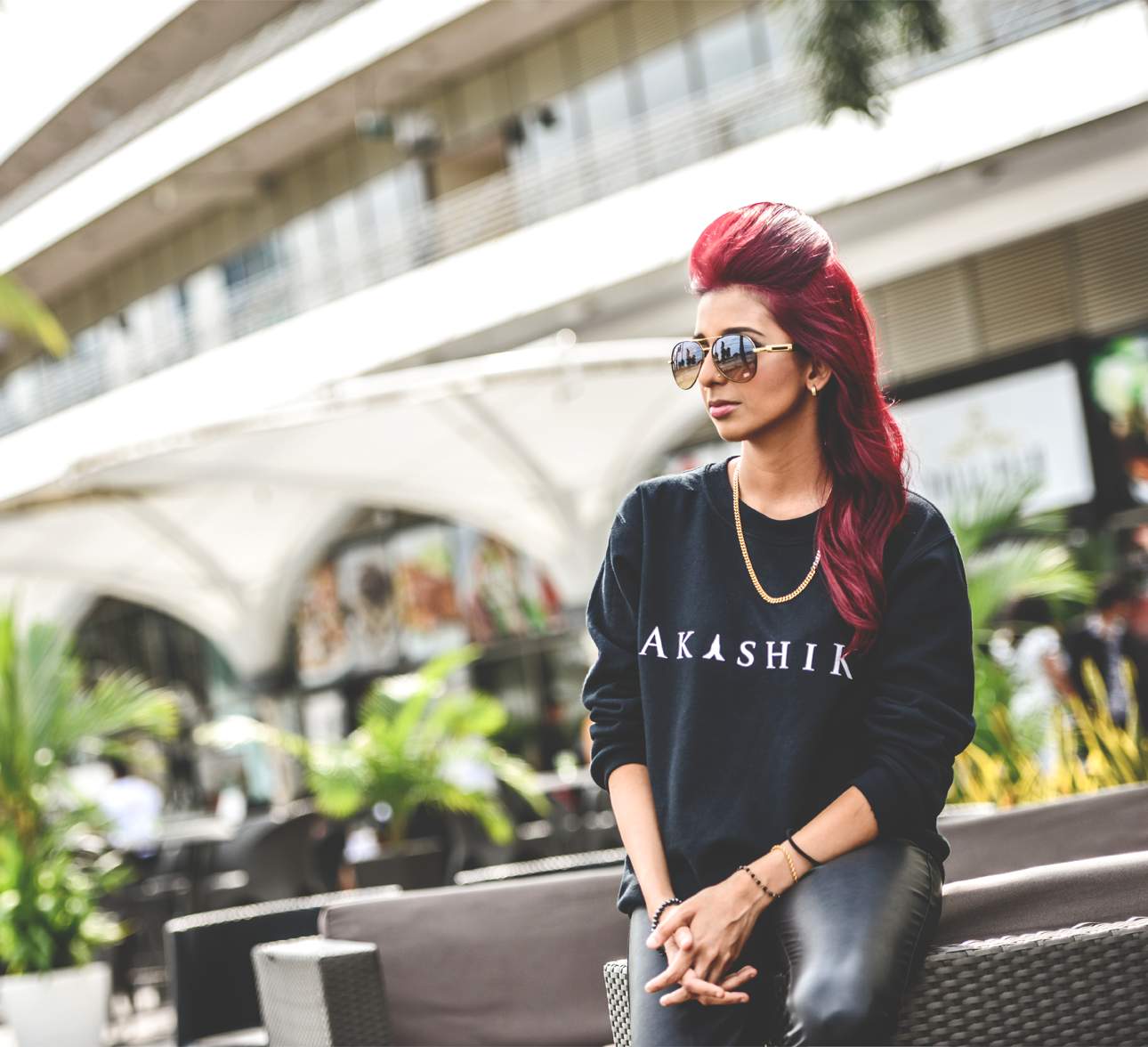 Tell us the whole story behind it, especially the adorable Poongani amma.

Poongani Amma is a living cultural treasure. It does not reflect well on our society to see the condition in which she lives in now. She's been abandoned and forgotten, with no family to take care of her. To take care and celebrate an artistic gem like her should be our responsibility. Without the artists that came before us, we would not have stories today. Artistes are time-keepers and more. She's an amazingly skilled Villupaattu artiste and her enthusiasm remains the same till date. I've taken her as my family now and I want to carry forth her legacy as a modern day rapper.

How do you think we can revive Villupattu?

By talking about it, by playing it to kids in schools, by teaching it. Awareness and execution. The song has caused a spark and it's time to build on it.

Just like you trace the history of Villupattu in your latest song, maybe we can start with a little bit of how you got into rap. Was there maybe a particular instance where you knew for sure that you wanted to do rap and nothing else? Also, how did your parents react when you announced your decision to them?

It has always been a part of my life. Ever since I was a child, I have always loved poetry and languages. I was also drawn to rhythm more than melody. It was a natural evolution into rap. I followed my heart and decided to turn it into my profession. My parents were very taken aback and apprehensive as no one in the family has a background in music. So when I told them I wanted to be a music artiste, it was completely out of nowhere. It took me time to convince them but I was determined to gain their trust and so I did, over the first few years. When they finally saw what I was capable of, they felt better. Having said that, just like any other parent, my mom just wants me to be able to take care of myself and ensure I know what I am doing. 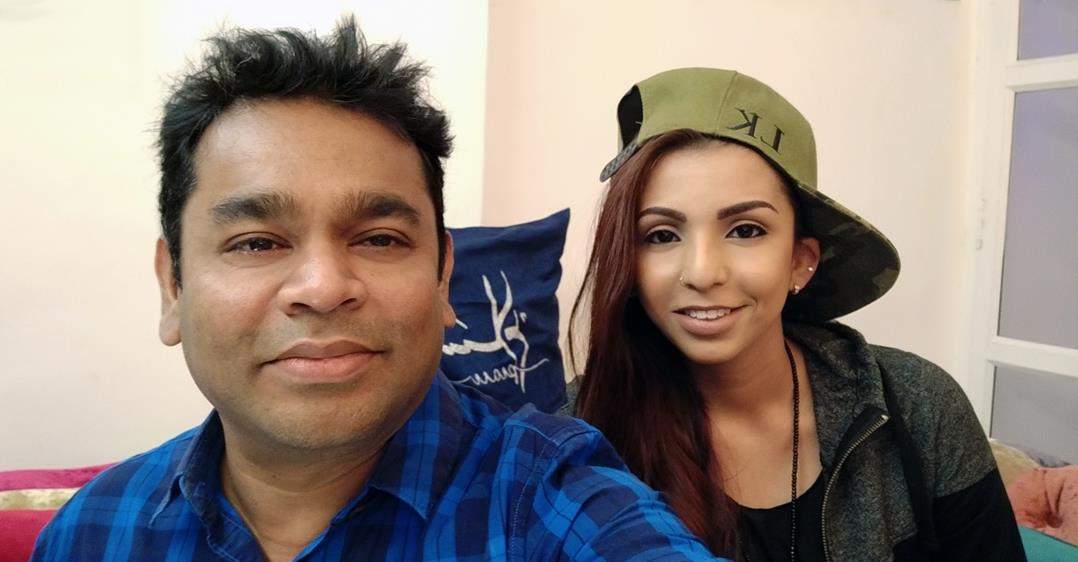 Tell us about how AR Rahman got in touch with you and what the experience was like?

He was seeking a Tamil-English female rapper. A day before that, Benny Dayal had come across my vocals on a voice test. I, on the other hand, was aggressively working towards putting out independent music, learning the music business and developing myself as a rapper. I believe in the Universe and feel that my collaboration with A R Rahman was something that was meant to happen. Hence, I truly believe it was a magical juncture where preparation met opportunity while the Universe conspired to make things happen.

A lot of young talent continues to get sidelined or sucked out because of a supposedly hostile music/film industry, do you agree?

Well, I suppose nothing great or worth having ever comes easily. You've got to work for it. There are no shortcuts. The Universe sees everything and it'll meet you halfway but you got to put in the work first and show the world how badly you want the dream. When you operate like that, doors open. The industry is a place where so many different perceptions exist so it is surely not easy to break in. Nothing is impossible though. Just keep at it.

Poongani Amma is a living cultural treasure. It does not reflect well on our society to see the condition in which she lives in now. She's been abandoned and forgotten, with no family to take care of her. To take care and celebrate an artistic gem like her should be our responsibility. Without the artists that came before us, we would not have stories today. Artistes are time-keepers and more.

What is your take on the rap scene in India, specifically Tamil Nadu? Has it gotten better or are we an audience that is yet to see the best?

It's definitely growing. I've known for a while now that this growth will happen and I'm thrilled that we're finally at this stage. I'm doing my part to keep it going and want to take desi hip-hop to the global map. I wish movies would start utilizing rap in a functional and purposeful manner. Hip-hop is a force.

How do we encourage more women rappers on the scene? Do you think the art has simply not reached them?

Oh, believe me, I'd love to see more women rappers on the scene! In fact, one of my dreams is to start a rap academy for girls. There aren't many female rappers around in our Indian community and I believe there are various reasons for that. From the way girls are generally brought up in our homes, stereotypes that many fall into, etc.... I am continuing to be myself and I hope that would encourage more girls to do the same. Whenever I receive a message from a girl who says I've inspired them to pick up that microphone, or book or whatever it is.... it fills my heart immensely! 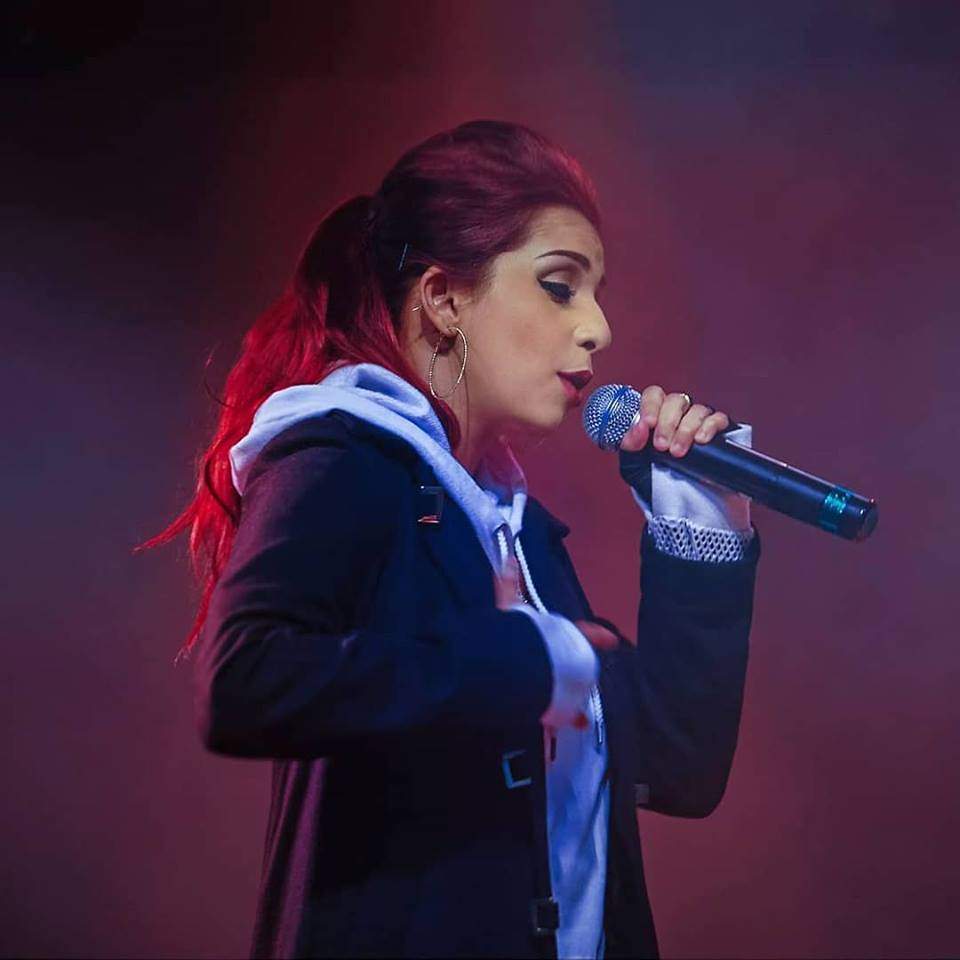 Rap became a way for downtrodden communities to communicate their angst. Our own people from the most deprived communities continue to use it as a mode to sing about their rights and their struggles. But are we giving them a platform that they deserve or is only commercial rap being given a platform?

There is surely a platform for artists of all kinds. At the same time, we have to continue to build more collaborative platforms. I've always strived to bridge film songs and independent works, that's been my way of making change. Starting from the original version of Oh Penne which Anirudh and I did, to Neruppu Da in collaboration with Think Music India and Santhosh Narayanan and even Supermodel with Yuvan Shankar Raja, etc...I believe in making things happen. As artists, we can create platforms. We have to.

Do you think that you'll ever try other genres of music and will composing music for a film ever be something you would consider?

I'm a free spirit and an open book, so yes, there are surely chances of me trying other genres of music. But I have no intentions to do so as of now. If it occurs to me in my heart, I'd do it. That's how I operate. The same goes for composing for films.

Today, we're all talking about women's rights from pay gaps to gender violence. Do you think that we will ever have our #metoo moment or will we ever talk about our massive pay gaps?

Yes, we could. We should. It's always a domino effect. If we stand together and speak out, we'll be heard. We need to bond as sisters in the industry and be there for one another. Topics such as gender violence and pay inequality should not be taboo and we should encourage one another to speak about it openly. I can foresee it happening in the near future. Social media is helping to amplify voices of individuals and connect audiences to their favorite stars, in a way that was not possible before. 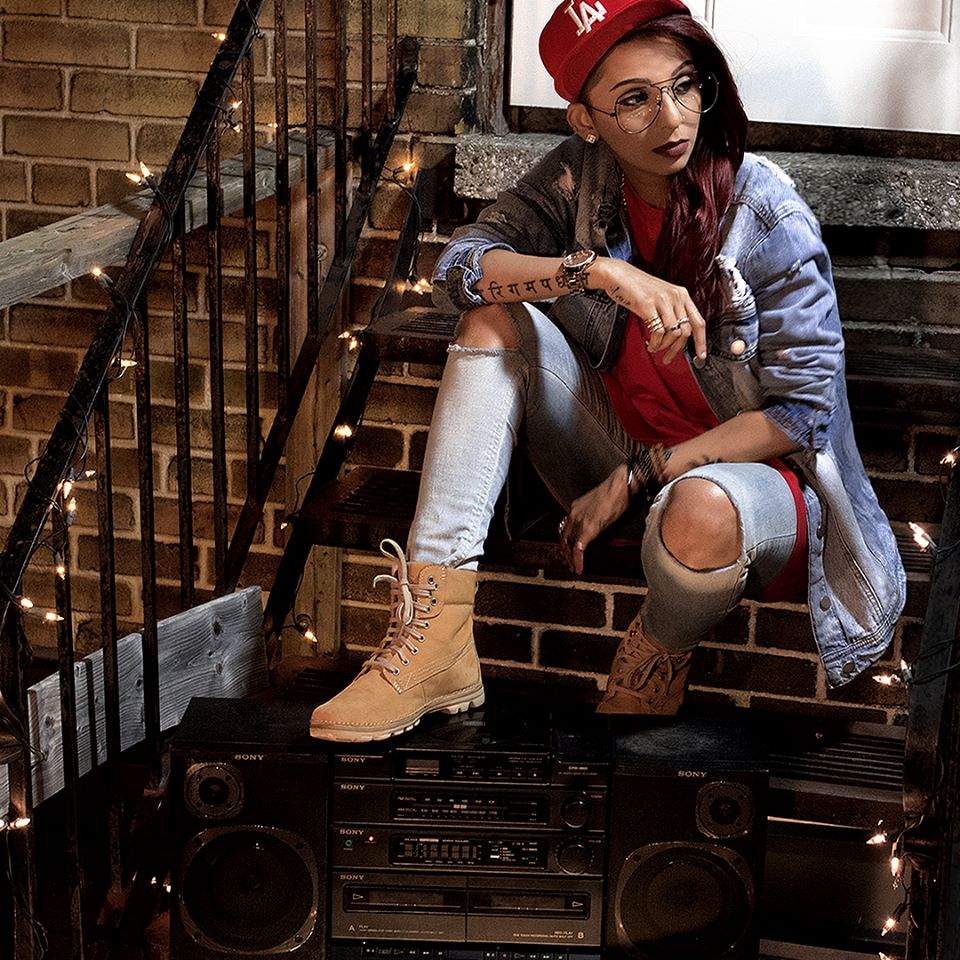 Ordinary women continue to face harassment in their streets and their homes, every decision is rethought, every step is reconsidered. We question everything we do to ensure we're not 'risking' getting raped. This definitely indicates that we have a rape culture. Do you agree?

Sadly, yes. My response to this is similar to what I said earlier. We need to be bold and speak up. Reclaim our rights to express and be ready to start a revolution. No change happens overnight. Creators ought to create purposefully and fuel the movements.

Like most rappers and artists, you have an interesting style of dressing. Is your attire something you work on a lot?

Haha! Frankly no, I don't really give it much thought. I just do me, like I said. I've always expressed myself since I was young. In childhood photographs, you'd see me with my siblings and I'd be the one striking a pose or twisting the cap. I believe we should be comfortable in our own skin and in whatever we choose to wear. Never dress for anyone else. Just be yourself!

Lastly, what do you have planned for us in the future?

Lots more music coming your way under my label AKASHIK. Social work is also ongoing on the side for Poongani Amma and artists like her. I also plan to create an event in the near future. Stay connected!