This +2 student from Arunachal Pradesh created echolocation goggles for the blind to 'see' like bats!

There are some moments or experiences in life that change the way you think forever. And for some like Anang Tadar, it might even take you places. The BRICS Young Scientist Conclave in Durban for instance. Anang's life-changing moment was in 2016, while he was travelling in an autorickshaw. He was seated next to a woman who had dark glasses on and kept asking him if they had reached her destination. Although he couldn't understand why at first, after some small talk, he realised she was blind. That was all it took to open his eyes to the problems that blind people face.

As he was returning home, he couldn't shake off the thought. So he tried to put himself in their shoes and started walking down the road. "I was consciously trying to imagine how it would be to not be able to see. I suddenly realised all the problems they might face. I later did a bit of research and found out that it’s common for them to bump into parked vehicles, signboards, and other obstacles," says Anang. 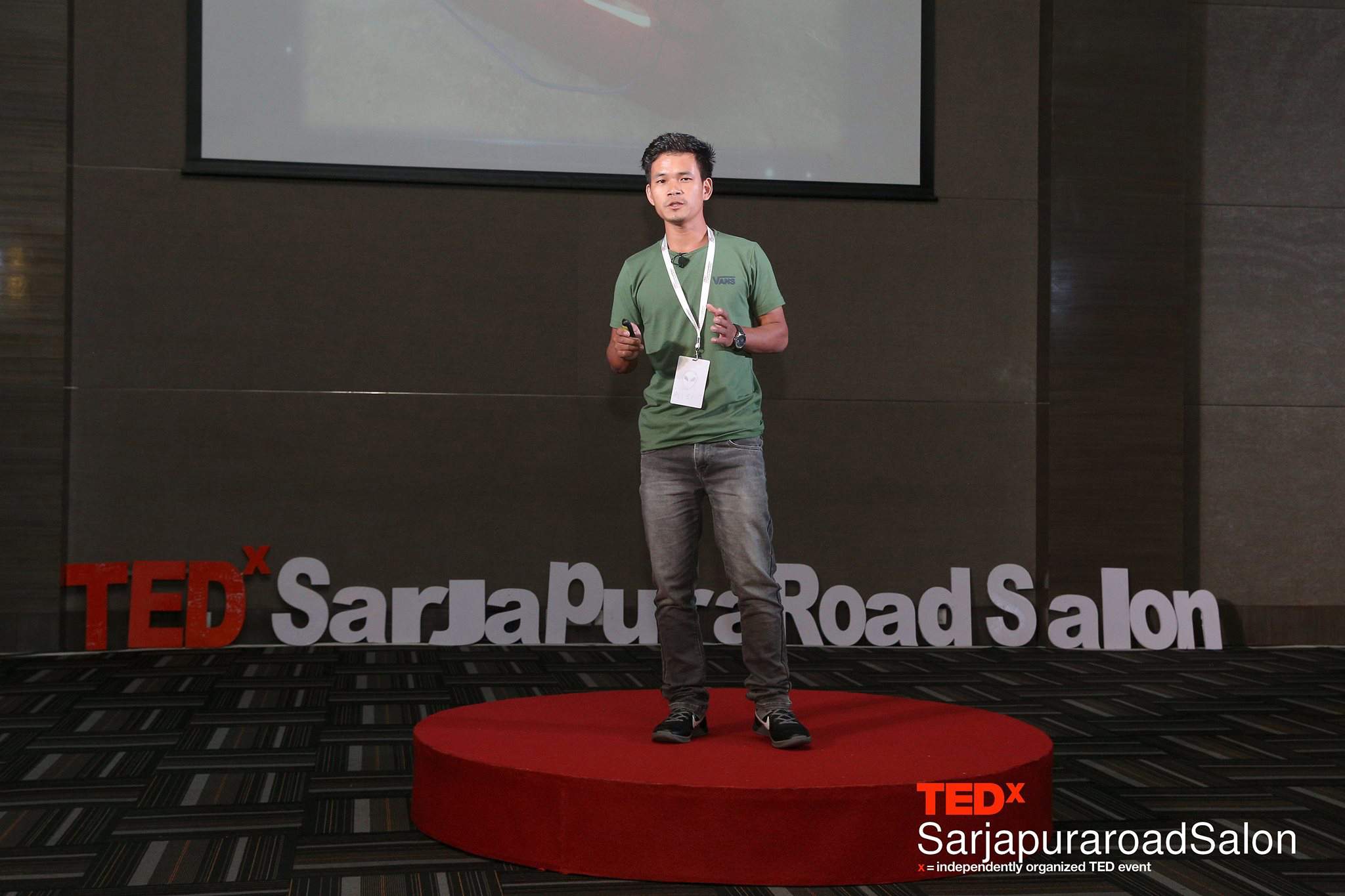 Helping the blind: Anang Tadar's Goggles for Blind has won him a spot at the BRICS Young Scientist Conclave

He knew he had to do something to make life easier for them. Hailing from a remote village called Nyapin in Arunachal Pradesh, Anang didn't really have access to the best resources. In fact, when asked his age, he wasn't sure because birth certificates weren't issued there around the time he was born. But Anang, who's probably 19 or 20, rose up to every challenge. Right from childhood, he self-taught himself to invent things from scrap. Coming up with a solution for the blind shouldn't be that difficult, he told himself.

So he drowned himself in research for the next few weeks. He says, "I tried to find a solution by drawing inspiration from nature. I started studying how a bat, a mammal that cannot see uses echolocation to detect obstacles and I decided to apply the same principle. Most blind people wear goggles. It may be to mask their face or just to let people know they are blind. I wondered, why not modify the same thing that they are used to wearing?" 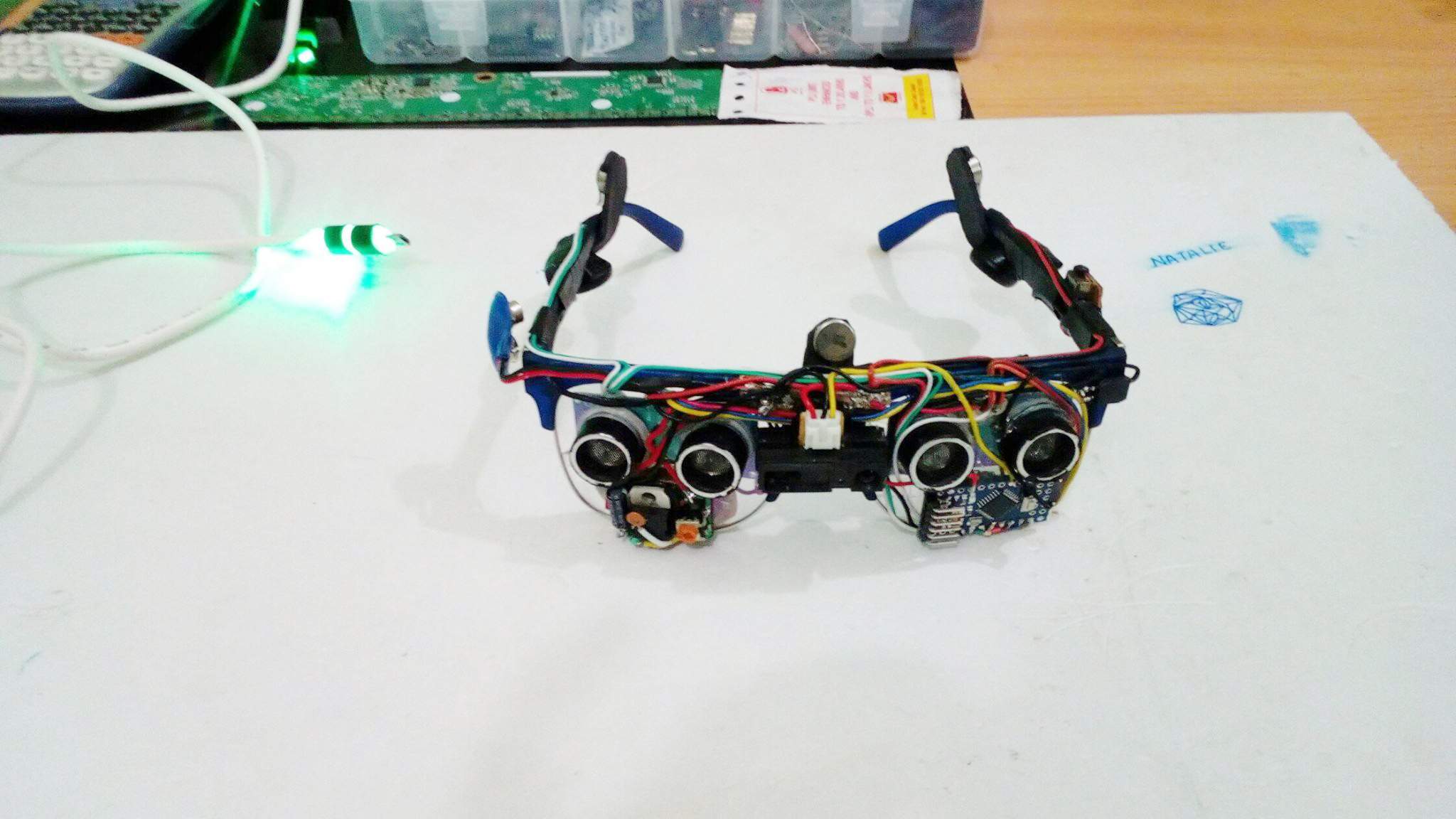 Anything you wish to see: The goggles for blind have ultra microsensors

So Anang put in some ultra microsensors and tried to shrink it into the goggles and voila, it was able to detect obstacles around it. A simple idea from nature was used to solve daily issues. In 2017, Anang who received some support from the National Innovation Fund developed Goggles for Blind (G4B), which he presented at the BRICS conclave on June 25.

When asked if he's ever been thanked for it, he says, "Once I tried the goggles on a blind man. He was initially very critical and doubtful about it. I asked him to walk and stop when he receives feedback. So he tried it on. There was a volleyball net which was detected and he stopped, put his hands forward and touched the net. There was a smile on his face. That was my biggest satisfaction." Anang, who recently completed his Class XII hopes to introduce the product in the market soon. Talking about how it felt to be selected for a such a prestigious summit, he says, "I will be presenting my prototype there. I’m a little nervous and excited at the same time."