Save the smile: This Chennai NGO is educating parents on how to deal with child sexual abuse

“Aware India” was started in 2012, their first project in 2015 was in Chemmenchery

Child sexual abuse occurs frequently and most often, the perpetrators are adults who are known to the child. Therefore, it becomes extremely necessary to teach children and adults on how to identify and report any kind of abuse. The most important challenge, however, that still remains is how adults who are made aware of such incidents, respond to them.

Aware India, a Chennai-based NGO has taken the initiative to do something about the issue and thus empower and educate both parents and children in order to help prevent child sex abuse. The founder, Sandhiyan Thilagavathy and his team of 40 are trying to make sure adults are ready to handle any situation when it comes to abuse. "Most of us who work at the NGO actually have an IT background, we work near Chemmenchery and contribute time on the weekend and also on weekdays whenever we have to conduct awareness programs in schools, colleges, and corporate corridors," adds Sandhiyan.

"Our NGO is currently working on four different initiatives through which we are spreading awareness on child sex abuse. The four initiatives include 'Save The Smiles  (addressing child Sexual Abuse),' 'No More Nirbhaya (addressing gender-based violence),' 'Safe Active Periods (differentiating between genders, and sowing the seeds for Gender Inequality)' and  'Holistic Community Development', which aims to provide sufficient know-how and confidence to the community. We also have a five-year project that started in August 2015, which we expect to be completed by 2020" says Sandhiyan. 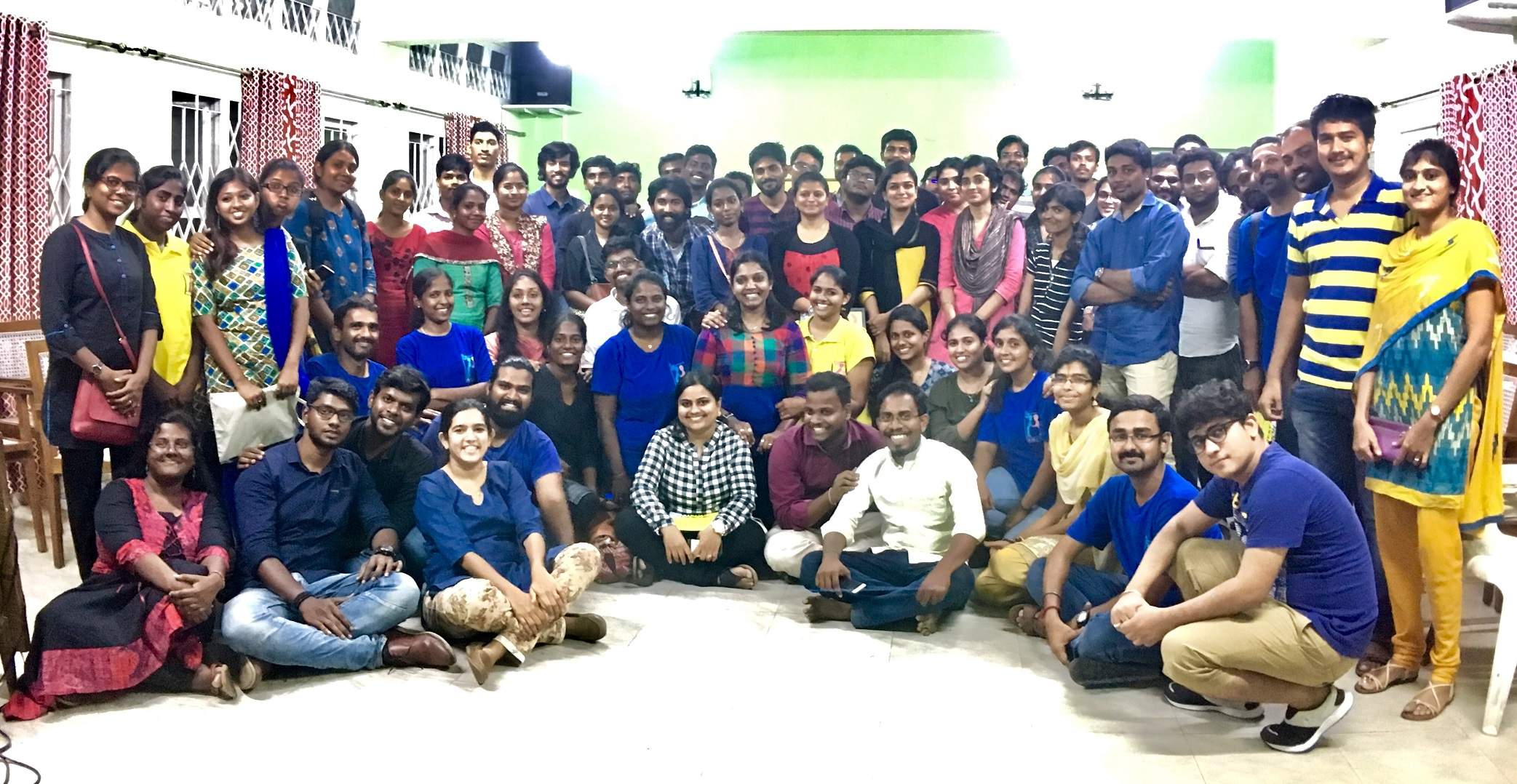 Sandhiyan said they started the NGO specifically after the Nirbhaya incident and the subsequent incidents of rape and molestation that followed, "Most often adults pass around the buck - at schools, they feel it's the responsibility of parents to deal with such issues while on the other side, parents feel it should come from teachers, with whom children spend most of their daytime,” says Sandhiyan. He went on to add, “Our sessions are open for all adults to take part - irrespective of whether they are  a teacher or a parent.”

He also explained that most of the time parents are paranoid and very few of them know how to address the issue of abuse with their children."There are parents who find difficulty in instructing their children about sexual abuse. Sometimes adults are the ones who feel more uncomfortable to handle these kinds of situations. 'Save the smile' is a project started for this reason, in order to reduce child sex abuse and since a smile is something that comes first to our minds when we hear the term child, this name was chosen for the project. Hence we want to save the smile of every child. Through our mission, we are attempting to make sure every parent knows the creative techniques to speak to their children regarding sexual abuse," says Sandhiyan.

“Aware India” was started in 2012, their first project in 2015 was in Chemmenchery. Following this, they started travelling across places and conducting awareness programs. Twenty-eight-year-old Sandhiyan, a B.E graduate has also worked in Tata Consultancy Services.

He added that initially their organisation faced several difficulties and his volunteers faced many criticisms regarding the awareness sessions they conducted.

The NGO conducts sessions for two groups- Adults and Children. The workshops and sessions are made child-friendly while dealing with kids, through games, puzzles and brainstorming games. Government school and the private school teachers are provided with the workshop modules in a CD format, which also includes videos on how to protect oneself from a potential abuser.

"We strongly believe that awareness is the ultimate solution for any sensitive problem," says Sandhiyan.

"We are not conducting campaigns to increase the reach of our own organization. Our volunteers have been really creative in conveying the vision of our organization and the various ideologies and methodologies we follow. Our main objective is to spread awareness on child sex abuse," he adds.

The awareness workshop for children is mostly conducted in classrooms in school or in any hall near a residential area. The children are taught through activities and are also explained the basic concept of protection techniques such as how to protect oneself and offend the abuser, through several modules.

Adults or parents are made aware of the prevention methodologies for child sex abuse and also the techniques to identify potential abusers. Sandhiyan says that the responses to such sessions and workshops have been positive so far. During one of the "Save The Smile" sessions, an eight-month-old pregnant woman, who attended, said: "This session was very useful as it made me aware about how to prevent my child sexual abuse and keep my child safer in this unsafe city."