Thoothukudi's fallen son: Why Karthik was a protestor and a gentleman who will live forever

When friends and family were asked to recall the person that Karthik M was, they had a lot to say but there were two things that all of them mentioned - one, that he was a die-hard fan of 'Thala' Ajith and second, that he was always the first to turn up when a problem cropped up. The one who always there to stand up for something or someone who needed help. Strangely, no one begets him this quality that might have probably led to his death.

Twenty-year-old Karthik, who was a second year BA History student in Kamarajar College, was one of the 13 people who was massacred by police gunfire at the Thoothukudi protests, one month ago. In most obituaries, there are always stories of how the deceased was a wonderful, kind or helpful person, because obviously nobody wants to say anything mean after someone has died. However, with Karthik, the way that his friends speak about him is enough to know that every word is frighteningly sincere. Every single word. He was the 'leader' in their gang, the boy who brought them together and now the boy who has left them broken, "We are a huge gang of friends, almost 10-15 of us. He was our leader, all of us knew each other through him and now that he is gone, there is no gang anymore," said JS Stanley, who knew Karthik from the time that they were in school.

From Jallikattu to Sterlite: The spirit of the constant protestor

The BA History student's leadership qualities and his stepping-up attitude were what pushed him to participate in the protests. His friends say that after the Jallikattu protests, he had always been the first to raise his hand and gather people when it came to other social issues. But ironically, he didn't really participate in the Sterlite protests till that fateful day and he only went because he had college holidays, "From every family in Thoothukudi there was one representative, one family member who went on our behalf. This time Karthik volunteered to go. He had already gone once for the March 23 protest but after that, he went only this time. It was technically the first time he participated in this protest and it became his last," his brother M Maharaj said. Maharaj was Karthik's elder brother. He also has a 14-year-old sister studying in the ninth standard. While his mother is a homemaker, Karthik's father is a daily wage earner. 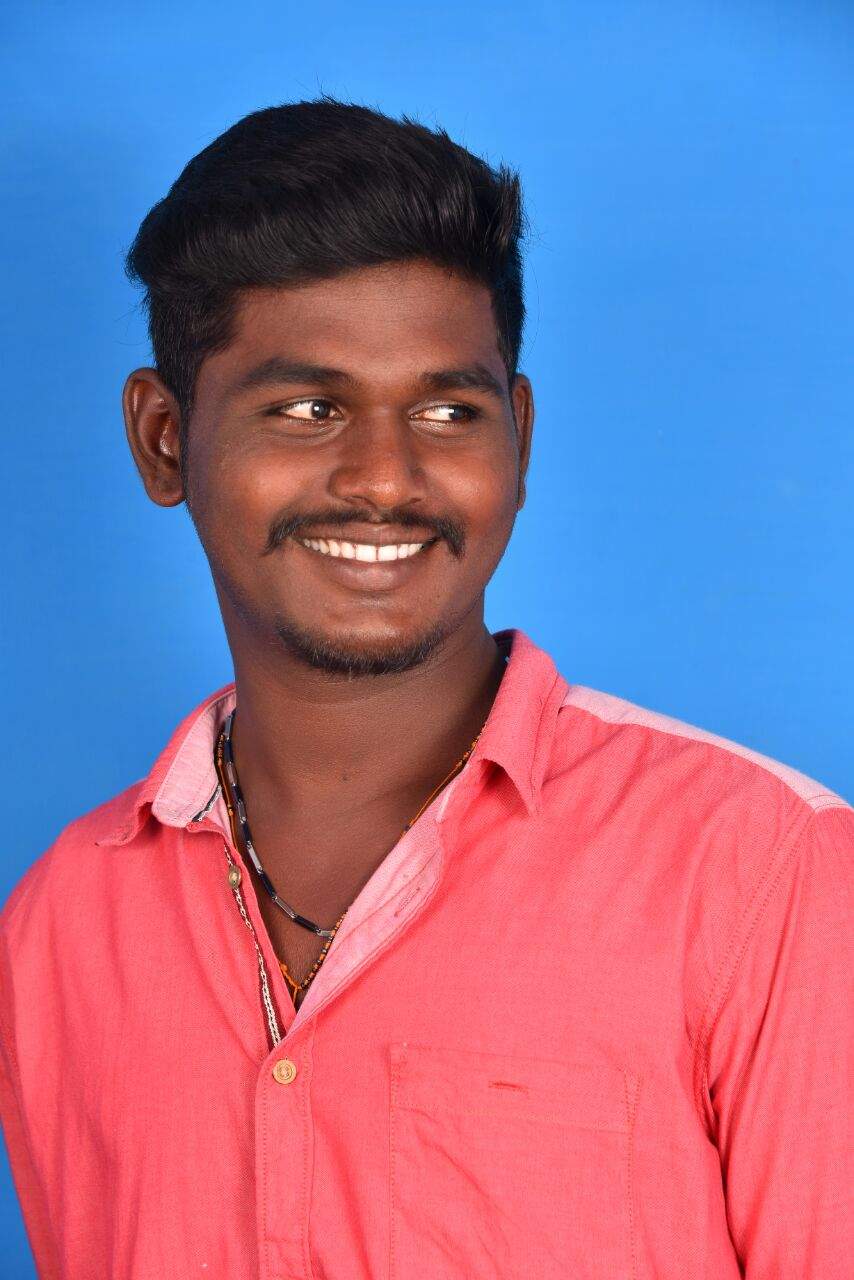 Thoothukudi's beloved: Friends and family of Karthik say that there was no one in Thoothukudi who didn't know him

He was shot while carrying the injured to safety

Karthik's friends said that he was the one who forced them to go to the protests, "Most of us didn't want to go but he managed to convince us saying that we have to stand up for our people. That's why we went," his friend John said. So they went and while they sat peacefully watching the proceedings, they suddenly heard the bullets go off, "Karthik and I immediately started carrying the injured people to safety, we kept going in and out, that's when it happened. When he went out to bring back an injured person, he was shot. Straight to the head," John said. But he himself did not see Karthik get shot, it was only when he was being rushed to the hospital on a bike, that Stanley and his friends knew that he had been shot.

It took a while to sink in that Karthik was never going to make it to another protest, "When we went to the station to collect his belongings, I looked into his phone. The last picture in his gallery was a picture of us. I couldn't fight back my tears any longer, even now when I look at it, it breaks my heart. We were fine, just sitting there peacefully and clicking selfies and then suddenly he was dead," recalled a heartbroken Stanley.

'Everybody in Thoothukudi knew my brother'

Karthik's brother Maharaj said that his little brother was so popular that almost everyone in Thoothukudi knew him, "Everyone knew him because he was always helping people, he never hesitated to come forward, that's why he was so admired. Even in our family, even though I am the elder brother, he wanted to shoulder all the responsibilities, he was the head of the family, always. Even when it came to Ajith's fan club, he was the one who took the lead, it didn't matter that he didn't have the top position, he always took the responsibilities of organising events and when it came to friends, his dedication was a whole other level," his brother fondly recalled. 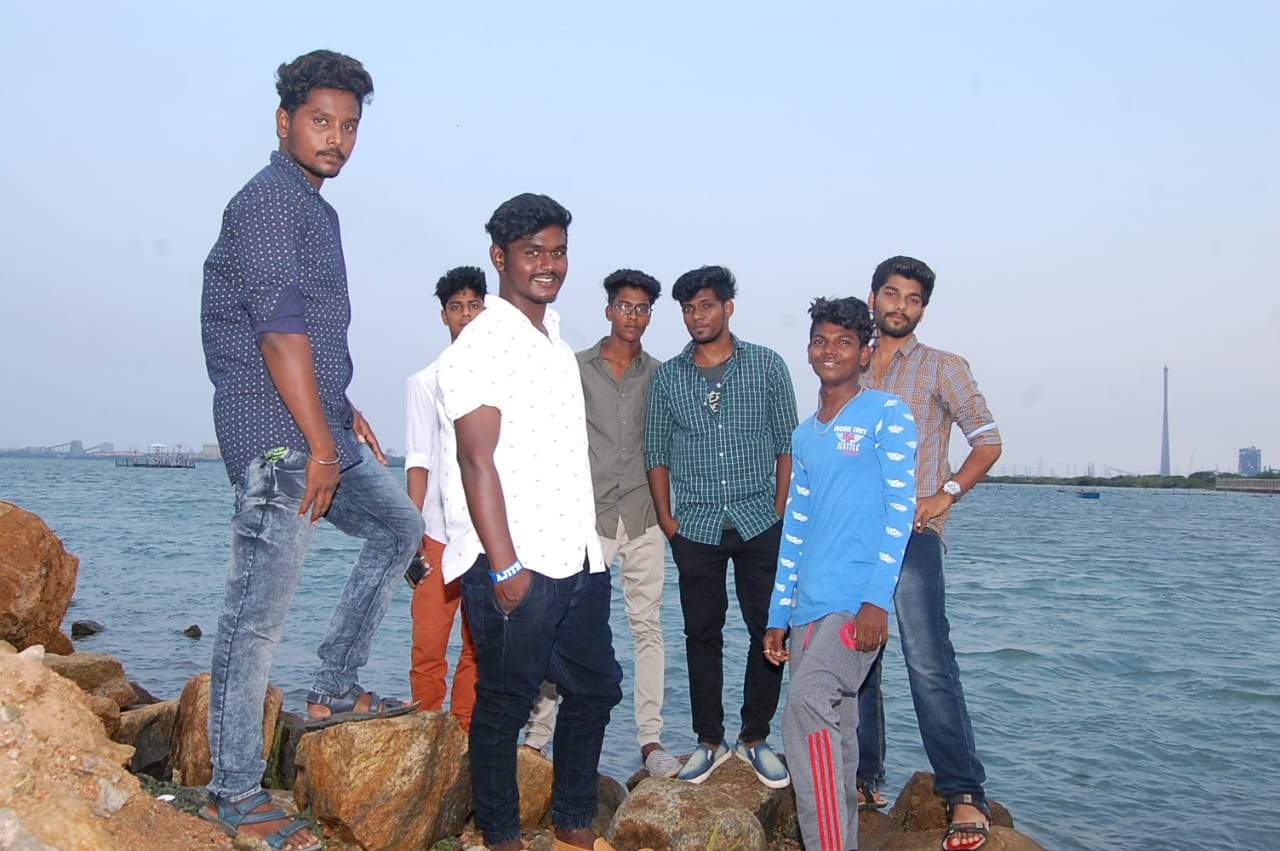 Old Times: Karthik with a group of his friends.

The Thala fixation: How Dheena shaped his social media

Even on Facebook, Karthik's name is Dheena Karthik, the 20-year old's favourite Ajith movie was Dheena. Besides his obsession with the actor, Karthik was also obsessed with the bike he bought only two months ago. But who he loves above everything in the world, his friends say was his baby sister, "He was absolutely crazy about her and would go to any length to keep her happy, he had big dreams for her and would also tell us that he wanted to throw her a big wedding. It was lovely to see them have these cute petty fights because he would immediately make up with her by buying her something or taking her out, there was nothing that could come in between them," Inbarasan, another friend of Karthik's said.

Taking the responsibility for his sister's marriage was just one of the many dreams the twenty-year-old had. He chose to do a BA degree as a predecessor to a potential law degree as he always aspired to be a lawyer, however, over the last two years he started to dream of going abroad, "He heard from a few friends of his that there were more money making opportunities in other countries. So he decided to go to Singapore and had started preparing. He wanted to leave as soon as he finished his degree. He had just applied for his passport," the victim's brother recalled. Now the passport will arrive at a house that is devoid of him. Incidentally, Karthik also attempted the constable exam but didn't pass. Shattered dreams: He aspired to do many things in his life, one of which was to go abroad. Now his passport will never be used.

Karthik's family is still struggling to come to terms with the events of May 22, "Half the protestors were female, many women also took food for their family members while they protested. Since they were so many women present at the protest, it didn't even strike us that the police would open fire. We didn't in our wildest dreams think the police would fire at such a large group of women," Maharaja said. Even though it has almost been a month, Karthik's family has no idea about what is happening with the case as no one has bothered to give them any information about it.

Karthik turned 20 on May 11, just ten days before the shooting happened and like so many other WhatsApp groups, the many groups that Karthik was part of all changed their group name to "Happy birthday Karthik", ten days later it changed to RIP Karthik, "It'll stay that way now. We'll always remember him, he will always remain in our hearts," Stanley said.