Indhu Nampoothiri takes us through her story of being a storyteller

A storyteller — that's what Indhu Nampoothiri is. And how she got there is another story that she generously relayed through a series of hurried anecdotes that we managed to stuff into our brief meeting. “I tell stories. I am simply someone who is in search of a medium to do this. Stories have always been the way that I relate to myself,” says Indhu, who yearns to find that glint of recognition in her audience, no matter which medium, and use it to spread ideas.

Having worked as an assistant director in movies like Pathemari, Indhu has found that people like her are slowly finding their space within the industry. “There are more opportunities to do this in this age of social media. That’s where people like myself come in. Being an assistant director has opened up a lot of doors, I’m seeping into different media slowly,” she says, adding, “I think cinema is an art that most people develop a love for early on. I was always interested in photography, so I would take pictures of anything I saw. At one point in my life, I started to learn more. I felt this need to represent characters and people that I had met over the years in different ways.” 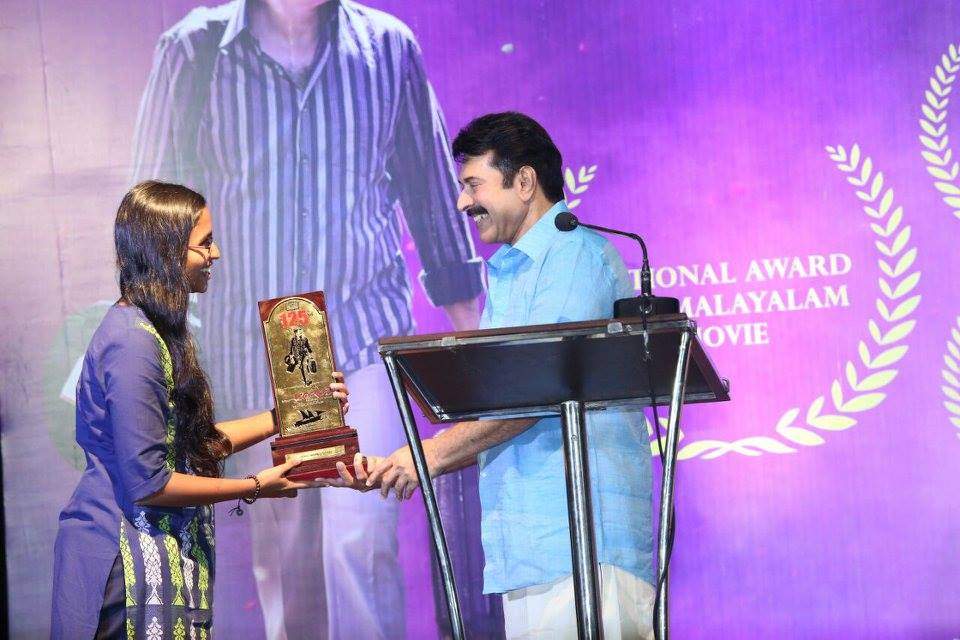 On the rise: Indhu has won various awards and recognitions for her work

One movie that beckoned to her imagination was Amaram. Directed by Bharathan, the film tells the story of a fisherman who dreams to educate his daughter. “I never knew why it inspired me so much. I have always had a deep love for the sea and that really stayed with me,” she says. “I think this is common for the Doordarshan generation,” she muses, “We used to watch the only programmes available and get mesmerised by it. Almost every Malayalam movie that I’ve seen has inspired me. I would be caught up with the characters of every new movie that I watched. Cinema is such an important medium as you get to write and weave together your story and that is beautiful.”

As soon as she was caught in the magic of it, Indhu discovered that the world of film was not exactly within her reach. She recalls, “There was no link to cinema in our family. I come from a conservative family. So, I always had this fear of how I could possibly make my first plunge into the industry, coming out of nowhere.” But like most people with creativity to spare, it didn’t take long for her to find her ground. In 2009, she joined the Chetana Media Institute in Thrissur. “People always have these dreams about cinema and I had my own far-fetched version. But in Chetana, I met people like me. Deciding to learn something that you genuinely have love for is such an important thing. It was a sudden decision and it definitely paid off,” she says.

The best example of how cinema has changed is the female voice. For men, their experiences come easily. But we had to fight for the same thing. Sometimes we fight harder but end up not getting enough recognition. It is changing though. There are more women in the scene and people are changing

Soon after college, she got the opportunity to work in the film, Adaminte Makan Abu. “The people I met during that period taught me so much about film. Having been a part of a nationally recognised movie that even received Oscar attention was an immense learning experience. That’s when I started to think that maybe I could create something of my own,” says Indhu.

With any form of art, perspective stands at the forefront and Indhu has plenty to offer. She explains, “Whatever you have seen, any of the life experiences that you’ve been through is what builds the stories inside you. Each person you meet and the places you go have everything to do with the tales you spin. It develops a story in you. My perspective grew with me. And as I grew older, I was able to witness life with more clarity. We have to own that place we have in the world and tell it through our stories. For any art form to evolve, different people have to tell their stories. It helps the art survive and in turn, us.”

Recently, Indhu performed at a storyteller’s workshop organised by Mumbai-based artist, Kommune. “I was extremely tensed, but it was such an amazing experience. It was wonderful to see that sort of storytelling come back to Kochi. I was reminded of evenings where families would gather together to share the day’s stories, like a group of friends playing Antakshari. It is a concept that takes away a lot of barriers,” she says. And here, our conversation comes to a halt. But Indhu and her multitude of stories will live on.