I am so much more than my body, how can a photo affect my life: Gilu Joseph on life after the Grihalakshmi cover

The lady who went viral for posing as a mother breastfeeding her child on the cover of Grihalakshmi, Gilu Joseph speaks about finding her love for writing, spreading positivity and more

There is a certain poetry to the beautiful space that Gilu Joseph has made for herself within the Malayalam film industry and literary world. So, it’s no surprise that her first outlet into recognition was poetry itself. Having written three books and more than 3,000 poems and various articles for her blog, at the age of 28, Gilu has become a household name across the state. We catch up with the lyricist and poet about transforming pain into beauty and finding the strength to fight darkness through the light.

How would you describe the real Gilu?

I come from Kumily in the Idukki district. I wasn’t always a writer; I worked as a cabin crew member for eight years in Dubai. And thanks to that, I’ve travelled almost all over the world. I quit the job last year with the hope to travel on my own terms in the future. I am also a certified scuba diver! I have worked in 23 films — as a lyricist in 8 and an actor in 12. Three of them will release in the near future.

Have you always used words to express yourself?

I was never someone who read a lot, I still am not. But I always had that interest, even as a child. To be able to tell stories through different forms is all that I’ve hoped for. There were situations when art sort of came to me though. I remember a particularly harsh breakup when I randomly devoured all the literature that I could find. And I remember feeling so close to what I read that I felt like I had written them. I learnt that in order to survive what I was experiencing, I would need to pen down what I was feeling. 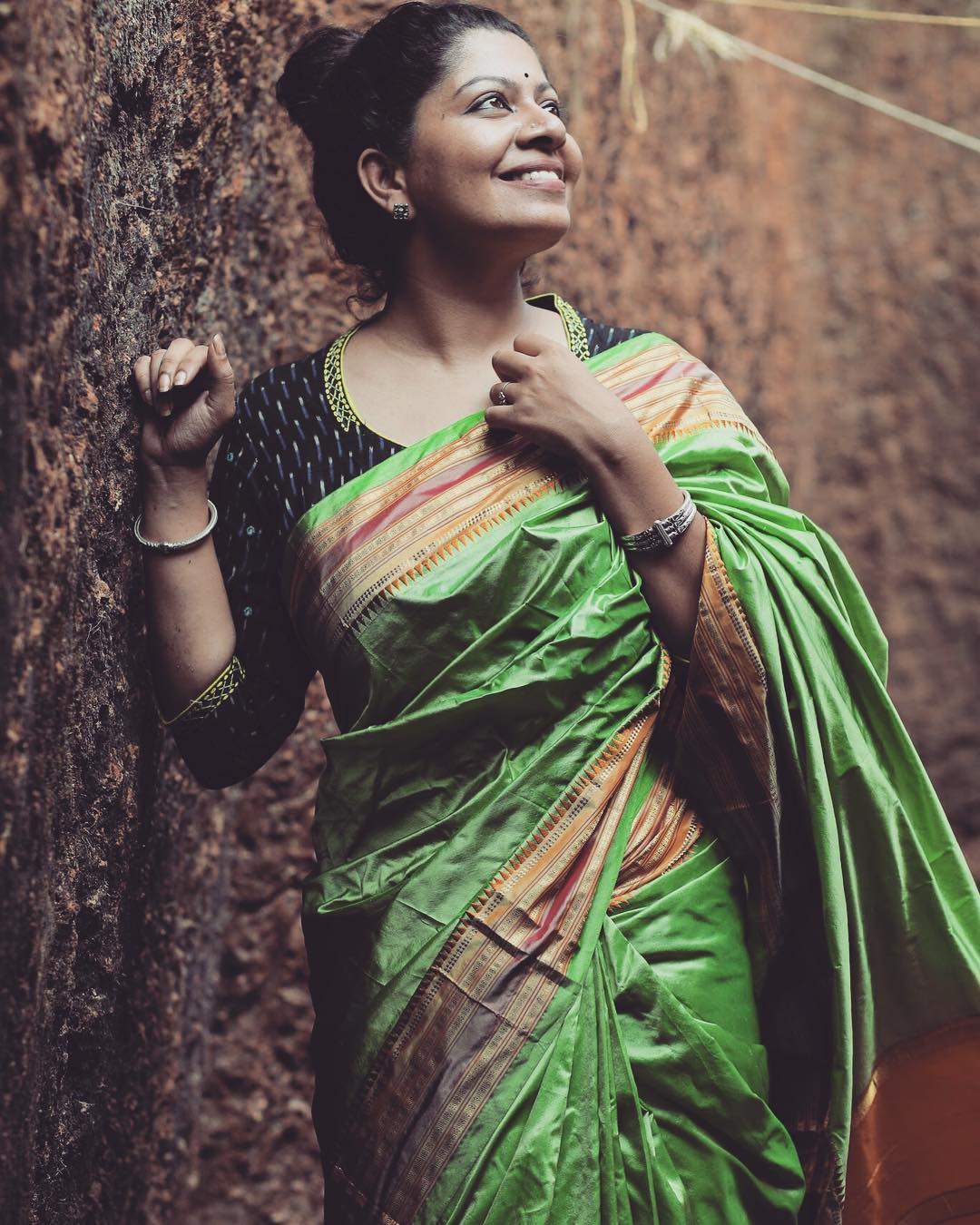 All smiles: Gilu writes about issues that are close to her heart

When did you begin to write poetry?

When you are sad or going through the loss of a relationship like I was, a torrent of thoughts go through your head. Some of these were real and some were figments of my imagination. I started putting these random thoughts down. Orkut was all the rage at the time, so I would share them on my status. People started appreciating it and those who had experienced similar things reached out to me. That is how I began writing poetry, with the support and love of good people. Then it became much more. Later, I came across situations like depression where I sailed through only because I was able to write about it.

From what you’ve learnt, what would you say is the relationship between expression and mental health?

When I was 20 or 21, everytime I went through something difficult, I would shut myself out from the world. I would feel like this door has closed and there’s nothing left for me. In overcoming this, what I learnt was that depression has nothing to do with where my life can go. The cruelest thing you can do to yourself is watch one door close and become blind to the hundreds of open ones that are waiting for you. Now when I think about it, I know it doesn’t matter. The things that we brood about today are those that we will see in a different light in the future. Experiencing these dark times have made me so much stronger that today, I am the least affected by emotionally challenging situations. If we ask ourselves if we are happy, we have hundreds of reasons that we are just not ready to see. The most minute of sadness can crush us. This is what society teaches us, it’s what this system is based on. 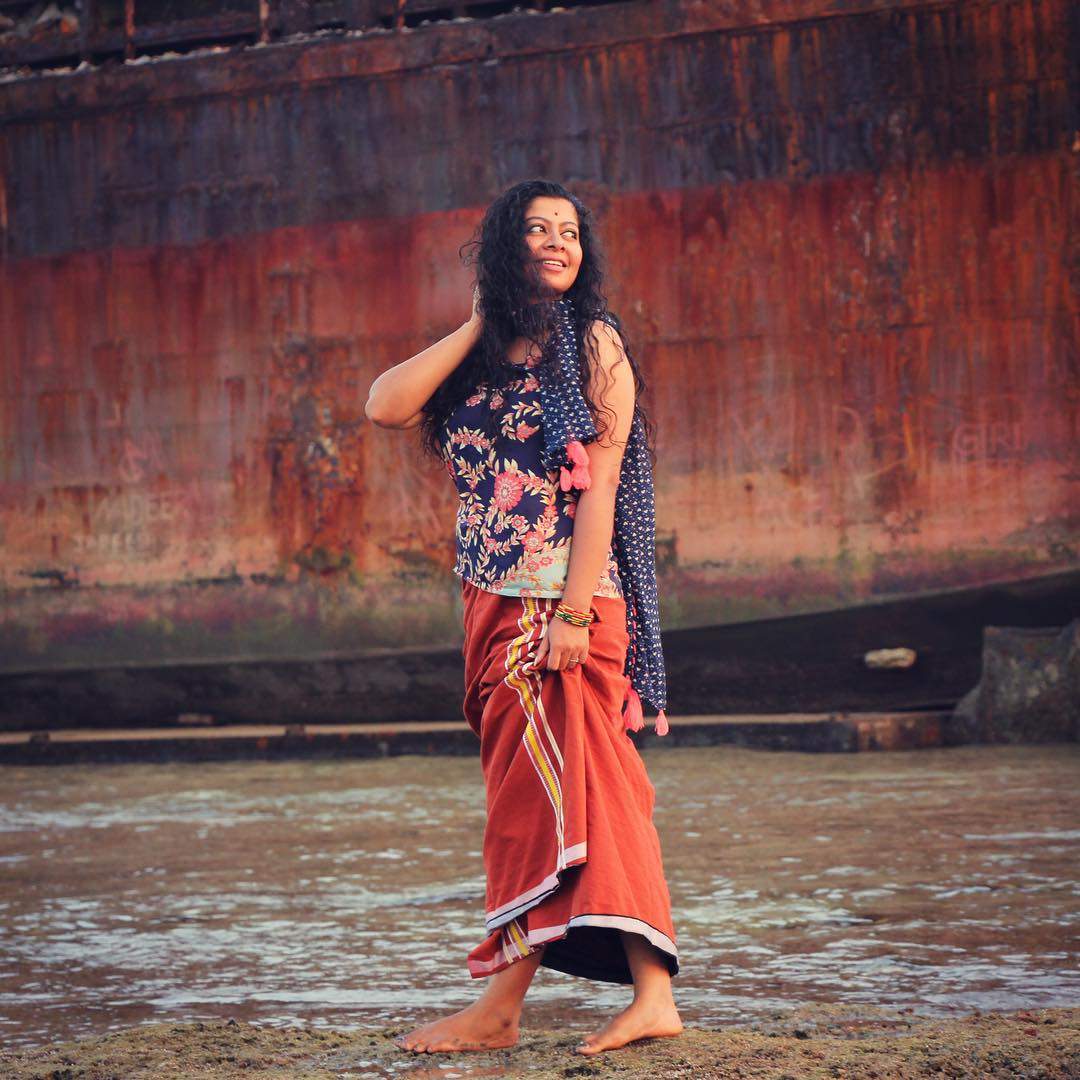 Walk this way: She has written over 3000 poems and a number of articles

Recently, you received a lot of attention for Grihalakshmi magazine’s cover story and campaign about breastfeeding in public. What have you taken away from the experience?

More than just a campaign, the cover was an important political statement. Today, if a woman is raped, she becomes nothing more than a victim. There is this idea that her life is over with that. Women think that their bodies are the most important thing about them. So, if a man infringes on our fundamental rights, we are left experiencing all the shame. I am so much more than my body. What makes us human is our character, abilities and beliefs. The body can fade away with time; it is what we actually are that stays with us. The negativity that came with the shoot didn’t affect me at all. I am still smiling, walking around and living my life. How could a picture change my life? Back in the day, women would simply stay at home and raise their children. Today, we do so much more and there is so much that we have adapted to. We find ourselves in the railway station, at work or on the road where women are still mothers. It’s a right, not a necessity.

How would you describe your relationship with cinema?

The first film I wrote lyrics for was Lailaa O Lailaa. I’ve worked on a few movies since then. I always had the dream, but it became a reality purely by accident. They wanted people based in Dubai and I was at the right place at the right time. In my experience, film is passion. Some people see it as art, some as passion and some as a hobby. It varies too much from person to person, so I don’t have a political stand on it.