These Bengaluru boys just designed a 'small' turbo-jet engine. Next up? They want to test it on a rocket!

In a short span of five months, the students from NMIT put their soul and heart into developing their the Micro Turbo-Jet Engine

Meet the young students of Nitte Meenakshi Institute of Technology whose micro turbo-jet engine may just aid the Air Force someday. Vineeth Kumar, Apoorv Gupta, and Jubin David are final year students of the Aeronautical Engineering department and their Micro Turbo-Jet Engine has bagged them the first prize at the State-level exhibition-cum-competition held at Belgavi, in which 123 colleges took part.

Speaking about the team's project, Vineeth said, "Our project is the first of its kind in India as there is no OEM company manufacturing micro turbo-jet engines. We have put a lot of time into the research. Unlike other projects, we have developed, designed, fabricated and tested the product ourselves. The engine can be used in an Unmanned Combat Aerial Vehicle that travels at double the speed of sound and this can be used to destroy enemy camps from as much as 1000 kilometres away. The person operating this can control the device remotely."

Even though they failed many times in testing the device, they did not give up. They succeeded on their 25th attempt. Vineeth suffered serious injuries on his thigh when the gas leaked and he ignited a fire during the trial and failed

For them, it was more of a challenge than a project. Sharing the engine's applications, Apoorv, who is part of this project, said, "The device can be used in war drones, cruise missiles, auxiliary power unit (APU) in planes, human-powered flights and commercial power generation. Every component was either designed by us or they were bought from other countries. Hence the project cost us around Rs 1.50 lakh but we are happy that we won the first place. The college has paid Rs 1.20 lakh for it."

No one believed that we were the brains that designed and tested the device. Every person who came to the expo said that such young minds cannot think or attempt to design the product

The three young minds have now decided to install the same engine in a rocket — an ambitious project for which they will need a minimum of Rs 20 lakh. "We also have the concept of human flight in our minds but there are no funds to research this. Our college will soon be starting an incubator which will fund and support entrepreneurs like us. I am willing to open a start-up that is specialised in research, development and production of turbo-jet engines," added Vineeth. 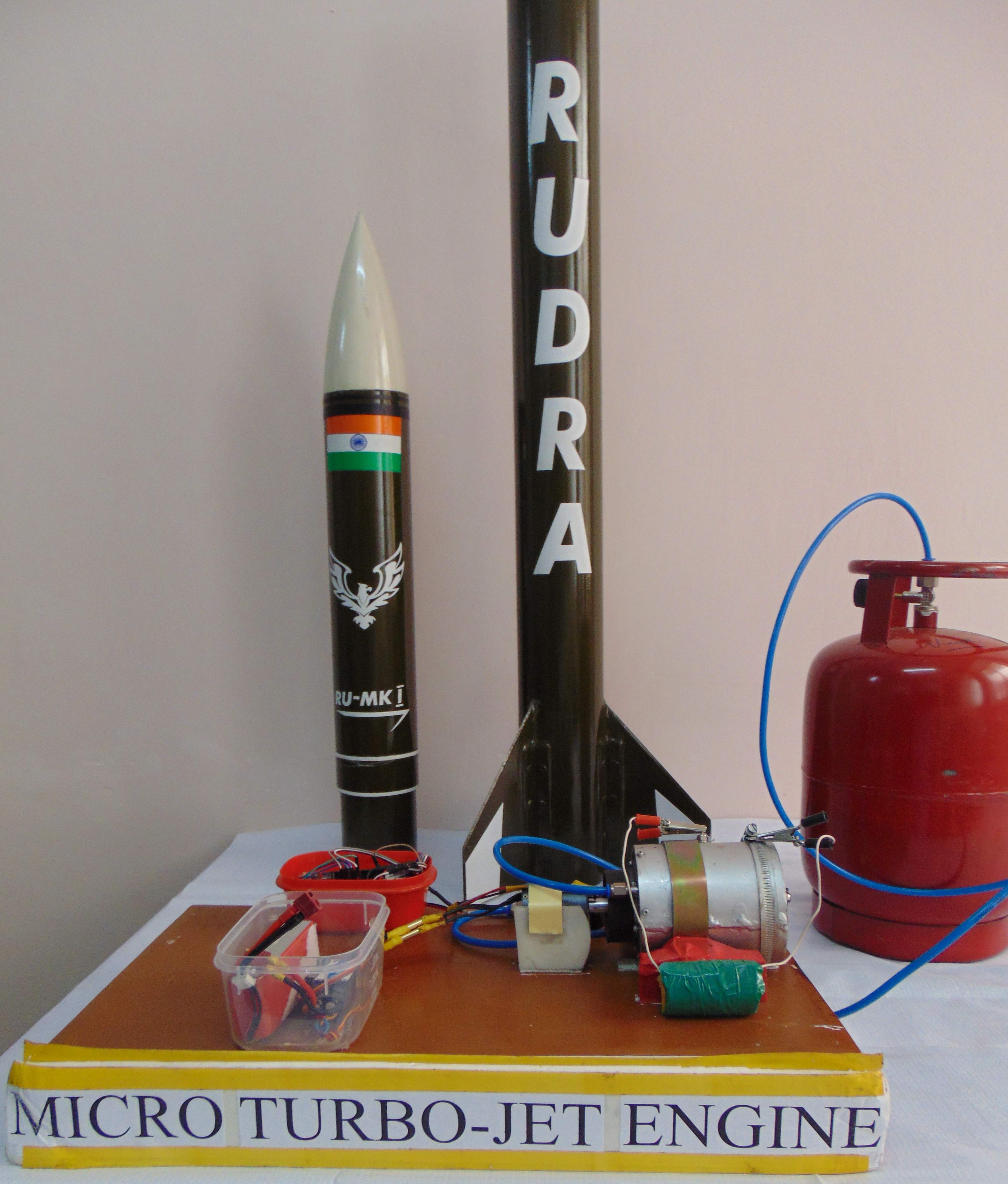 Unique Invention: Micro turbo-jet engine can be used to destroy enemy camps as much as 1000 kilometres away

It is even more astonishing to learn that they have spent just five months designing the engine. When asked how they managed to study for exams and attend classes while creating this engine, they said, "We made the best use of leisure classes and designed the product instead of taking down notes during class hours. It is an added advantage that we got to test the device in my dad's garage. We borrowed the notes and studied for only one week before the exam." They will soon be with 200 engineering colleges across India in QUEST Ingenium 2018.