In a world where sexual crimes against women and girls, even infants, is rising, a few people from Bhubaneswar have been silently transforming the lives of hundreds of afflicted young girls and boys in the state — by drawing their inherent talents out and helping them reclaim their place in society.

One man who has written the manual on how to help kids is Aditya Mohanty. For about 485 abandoned and destitute kids, he is more than a mere father figure. The 65-year-old Philosophy Professor in Central University, Agartala, believes that every child is born with an inherent talent and ability to achieve something and has found his calling in bringing as many children as possible to the mainstream by providing them the required education and life-skills training. But how did this journey begin? In 1998, a five-year-old girl was brought to RAWA Academy for Adoption. As the person managing the unit was unwell at that point, Professor Mohanty took charge. “That was ‘the moment’ when I realised that there are hundreds of other girls like her who need care and a safe environment to grow up in,” he says.

Adruta's Odissi troupe has been constantly travelling to perform across the world. Girls are taught the dance form in a home-like environment. To manage funds for their dresses, costumes are stitched by a lady tailor who stays with them

The Adruta Home for Children at Bhagabatipur, Derash Road and Kantabada in Bhubaneswar has bloomed under the tutelage of Aditya and the Home's 'mother', Professor Sagarika Mishra. The team of caregivers care for and nurture the kids, some of whom are born to unwed mothers, rape victims and even teenagers. Why does he do what he does? According to him, life’s personal experiences have given him the motivation and courage to work with the deserted, the orphans and unwanted children, particularly girls. Managing the unit without any sustainable source of income, Mohanty says it’s purely divine intervention and people’s largesse, which reaches them exactly in times of need, that has kept them going for the last two decades. 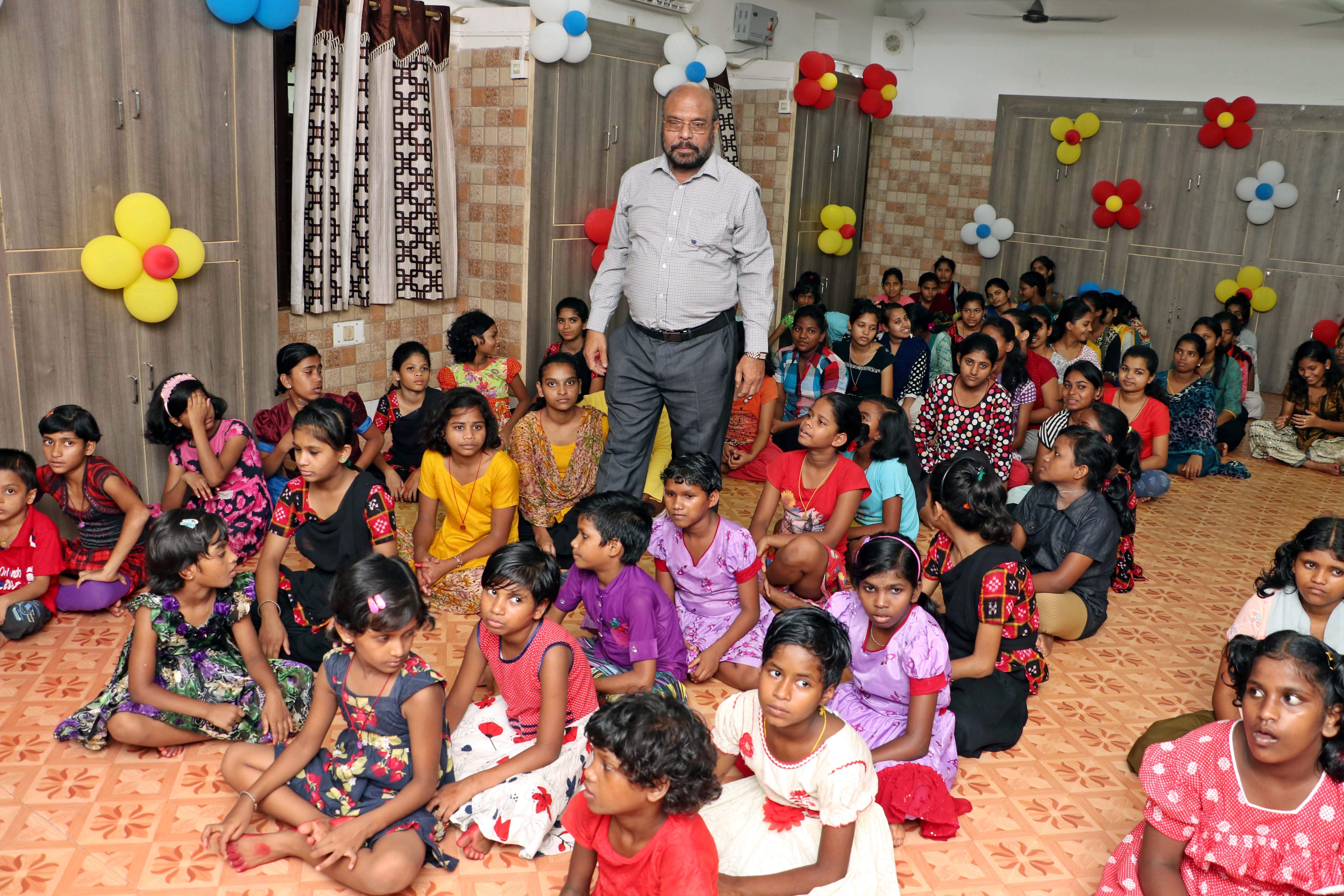 Set up in 1998, the organisation provides a conducive environment to every child to pursue their interest in extracurricular activities, besides academics. The children are imparted training in art, music, dance, sports, soft-toy making, food processing and ancillary training in self-defence. Some of the paintings on display in the art room of the Adruta Home are a testament to the talent of the children in sand painting, paddy painting, oil painting, pattachitra, tribal art and pot painting.

Presently, there are 485 children in 11 different centres across Odisha — Bhubaneswar, Cuttack, Rayagada, Balangir, Sundargarh, Keonjhar, Baripada, Angul, Dhenkanal and Puri — located at district headquarters so that children have access to the best of the available facilities in education and healthcare. Children come to the Adruta Home as newborns and stay until they are at least 22 years of age, emotionally and academically fit to live a good life. One nice thing about their children is that they all get to study in prestigious schools and colleges. The children of the home are always served fresh food cooked in the in-house kitchen, celebrate birthdays on one day — Shravan Purnima — and are given new clothes (not used or donated ones) made by a tailor who works with them.

Two major contributors for Adruta Home include Sulabh International and Asha For Education, Seattle. It thrives on community support from people from all sections of the society

Taught by experts and dancers who do it pro bono, Adruta's Odissi troupe has been earning praise and awards for their performances worldwide. The group has performed at prestigious festivals in India and in countries such as Singapore, Malaysia and the United States of America. Sagarika explains, "The troupe is regularly invited by Temple of Fine Arts, Singapore, the Odia Society in San Francisco and the RAWA unit in Bali, Indonesia."

The international exposure has a few other positives too. Of the four girls from the Home who have been adopted, three have been adopted by foreigners — one in New York and two in Italy. "The children make phone calls and give us updates about how well they're doing. The major challenges for them are adapting to nuclear families, life in a foreign land and a language handicap. But they acclimatise over time," she adds. Full view: A scene from an Adruta Home

Another vulnerable section in today's society is the street children. With no food, shelter or family to speak of, the children fall prey to addiction and petty crime. Sensing that such children too have a right to live, Ratnakar Sahoo, a Masters degree holder in Social Work decided to gather such children and arm them with education. His NGO, Ashayen, focuses on giving every street child an equal shot at education, development and living with dignity.

Children, who were once into addiction and other illegal activities have now been brought back to the mainstream and have recovered completely. But the society is taking time to accept them as they come from vulnerable backgrounds

Formed in January 2014, the team at Ashayen focuses on providing access to quality education, and bringing kids who are into multiple addictions to the mainstream. To help these children, they started with counselling the parents for nearly six months. Once they understood the essence of life beyond begging and daily labour, they started sending children to Ashayen's recreation centres.

The unit has five recreation centres in Bhubaneswar where children from the slums nearby gather between 5-8 pm and interact with counsellors and inform them about their day’s activities. "Nearly 160 children come to these sessions at these centres regularly and once we were confident about the changes in their behavioural patterns, we enroll them in schools this session," says Sahoo. To ensure the admission went smoothly, the team members turned local guardians and got Aadhaar cards registered for 30 out of 46 children — all of whom will be joining schools this session, he added. One of the brightest gems of Ashayen is Raju Behera, who cleared his Class X exam with good marks and is pursuing Commerce in Debroy College. The team of about 35 volunteers has also been organising street awareness programmes, putting up movie shows, taking the kids on tours to places like the planetarium and encouraging them to develop their talents like sports, art and crafts. All smiles: Children looking happy at the NGO, Ashayen

During a benefit match held between their children and a team comprising media professionals, there was a marked change in their behaviour. "We noticed behavioural changes, changes in their language, a certain hygiene-consciousness, a departure from addiction and what’s more they are acting as messengers of change by persuading more kids to follow in their footsteps," says Sahoo.

Small steps can sometimes effect big changes. Especially when it comes to children whose futures were nearly lost.