Meet the musician taking the language of peace to the children of Manipur, the land of unrest

The music project, A Native Tongue Called Peace, was started in 2015 at a children's home, to help the children explore their differences and come together through music

What is peace in a place war-torn by its own people? Music.

The ethnic unrest in Manipur, alongside the crackdown of the heavily contested Armed Forces Special Powers Act (AFSPA), has been commonplace for the children growing up in the state for over three decades now. Akhu Chinganbam was no stranger to the conflict either. "I remember when we were almost always blinded by tear gas at our place," Akhu, a musician and activist says. For him, the bloodshed and violence were routine. "This is something I had never realised till I got out of the state and went away to study," he adds.

The situation of his native land and its children, who had more in common than the perceived differences, got Akhu to begin his small music project which promises to yield big results - A Native Tongue Called Peace, where music bound the children of care homes. In 2015, Akhu and a small team of volunteers came together to find a children's home where they could bring peace to the hearts of children who were born in a land of conflict. "I had to do something different, something out of the box to build hope," Akhu says. He believes that the ethnic issue in Manipur has only gotten worse over the years. 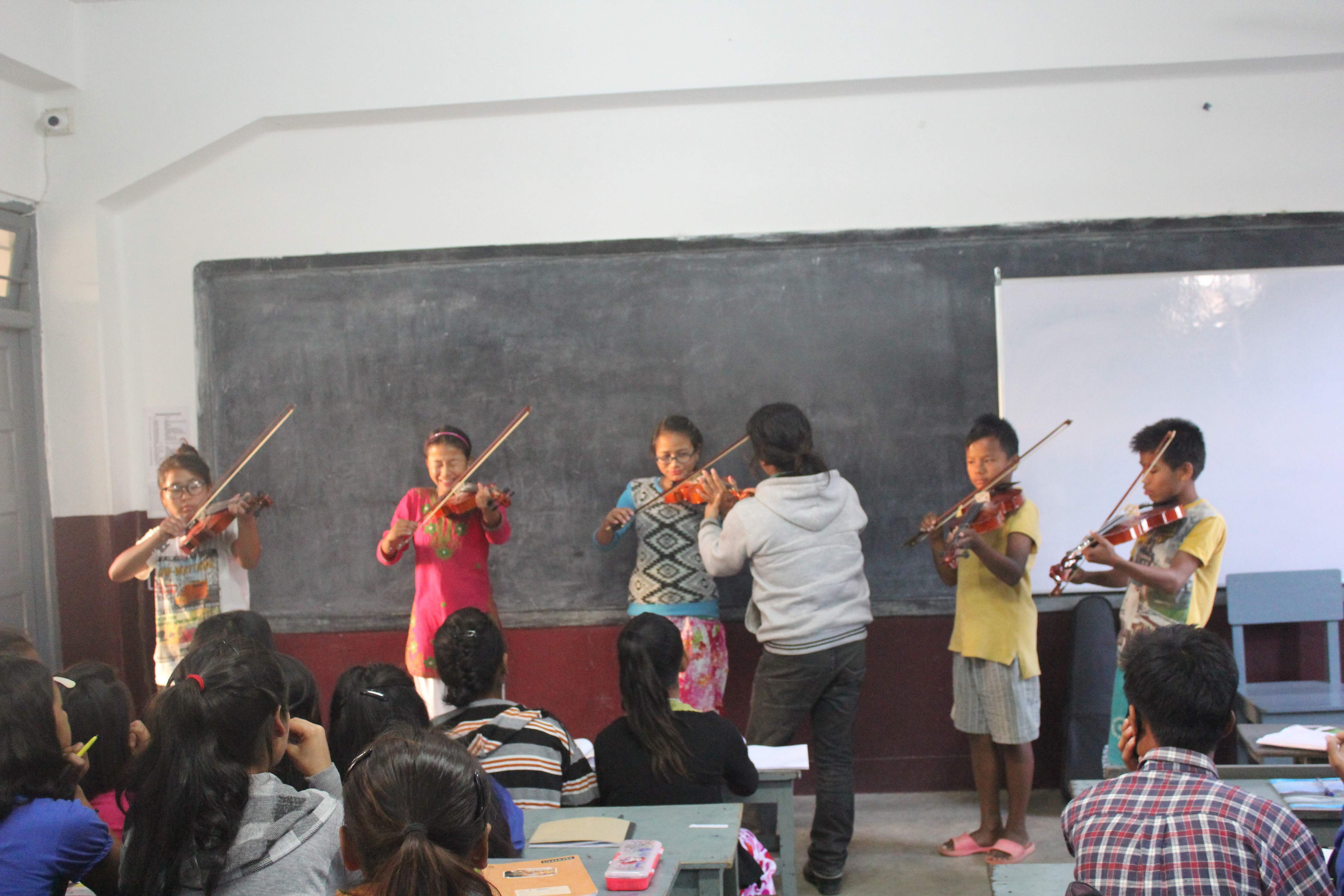 Akhu, with a Doctorate in Physics from Delhi's Jamia Milia Islamia, had a high paying job when he decided to give it up and come back to his homeland, Manipur. "Situations have truly become worse and I just couldn't afford to stay back," Akhu says.

Akhu was inclined to start a project which would bring together people of different ethnicities in Manipur together. "There continues to be constant conflict between the different sects here in Manipur, be it the Meiteis or the Nagas, we are constantly at loggerheads with each other," Akhu says. "Children, however, do not understand these differences, especially children at a care home," he adds. The Children's Home in Manipur takes care of nearly 62 children, some of whom don't have parents or guardians to go back to. "When we started off, we came together to teach music to these children. There was obviously an initial hesitance," he grins and tells me. "The children have never really been exposed to anything apart from their regular education, so music per se wasn't something they were expecting from a bunch of strangers," he says. 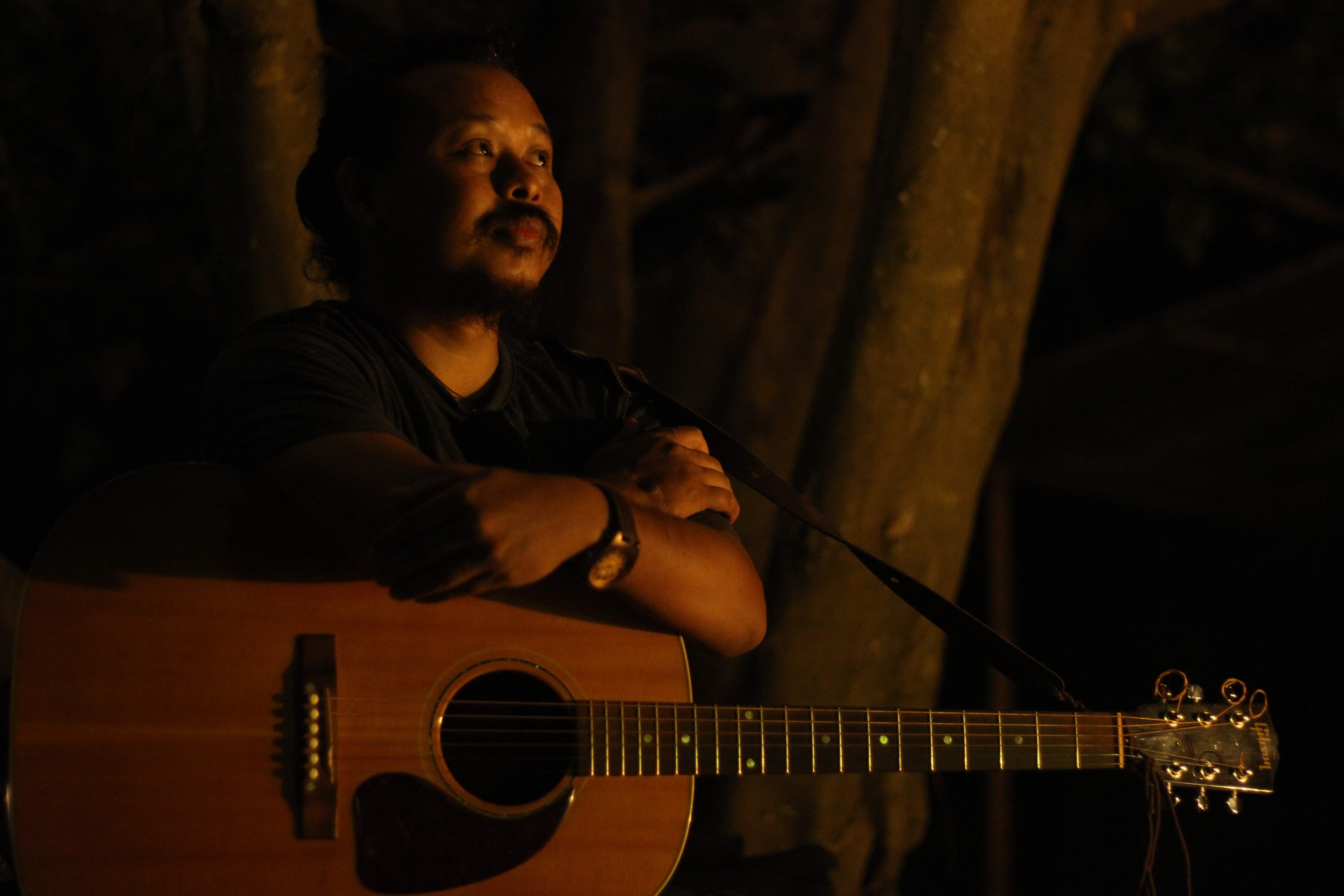 Akhu Chinganbam, is the lead vocalist and guitarist of the band Imphal Talkies, and also holds a Doctorate in Physics (Photo Credits: Kazi Neel)

But at a time when musicians could easily take their thoughts to the streets, among the people who understood the necessity for love and peace at an hour of unrest, why a children's home? "Because children do not have the biases which we adults foster," Akhu says with conviction. Akhu began his journey with clarity - that his music project had to reach the children of Manipur - and his search for the right children's home began. "Our children come from all the different communities of Manipur and took brilliantly to music," he says. The sessions involves learning music, origami and even counselling sessions, which allows them to actually look within for peace.

Three years since its inception, A Native Tongue Called Peace, today, has enough supporters to be able to buy a few musical instruments and other required materials, while also being able to celebrate a few occasions. That may have been one of the most positive take backs for Akhu - that there have always been enough foundations and individuals who have been willing to support the project at the children's home. "We started off with the Foundation for Social Transformation financing the project. Soon after individuals and friends came forward to send in support. The Henry Martin Institute in Hyderabad is currently supporting us in buying instruments for the kids." But its not always easy though - "there are several organisations which can only financially back us if we are registered as a charity with clearances. But I am not an institution - I am a single person with an idea of ensuring impact in the future generations of Manipur and someone who is looking out to bring them some happiness via music, at a time when violence is a routine," he informs me. 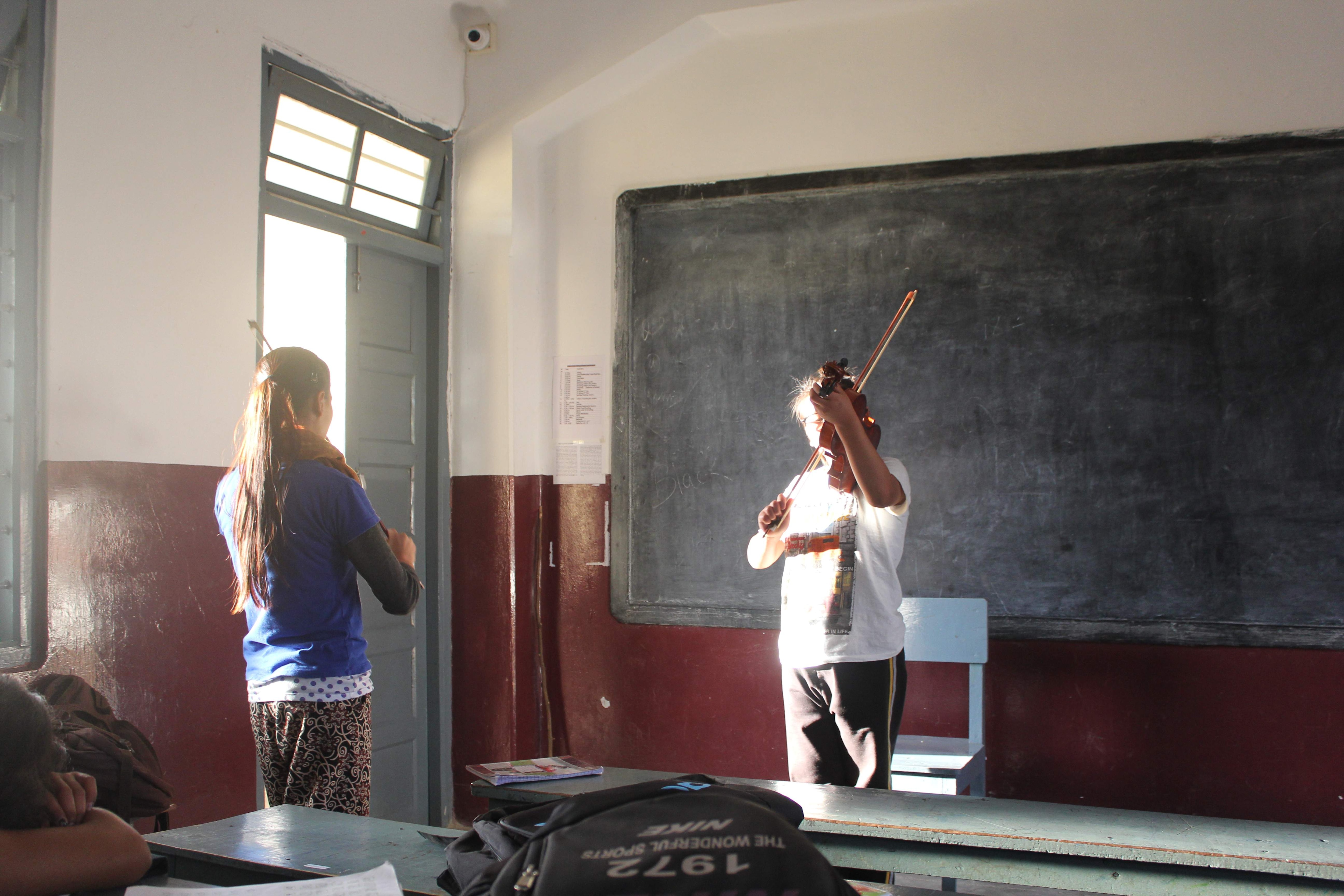 And of course, the children have done brilliantly in reiterating Akhu's hope in imagining a united and strong Manipur in the future. Akhu is enthusiastic, "The kids have learned each other's native songs so organically - they come, ask me for the lyrics and start strumming or humming it. They enjoy the new songs, they love when new people come in to join them and they have truly crossed over the differences that could have been."

A Native Tongue Called Peace has the potential in bringing together a future generation who can look beyond their differences. But is Akhu ready? "I do want to. But slowly, steadily, when we are able to get more people on board. After all, before we get to inculcating peace, we need to speak the native tongue of love ourselves," Akhu says.