Bhubaneswar-based C&G Agroventures Pvt Ltd wants to make sure that there are no chemicals in your vegetables. The founder, Avilash Mahananda tells us how

When Avilash Mahananda's mother passed away due to cancer, he wanted to know how a woman with no bad habits whatsoever could die of the deadly disease. The doctor told him that there could be multiple factors, including the pesticide in the vegetables we eat. With this, in the thick of grief, Mahananda seemed to have found his purpose. And in 2016, he founded C&G Agroventures. "My goal is to provide pesticide and chemical-free vegetables at affordable prices," says Mahananda. Now, if you are thinking that this means 'organic', then think again. Organic food is usually expensive, and as a result, not affordable for most, which is why the 30-year-old's main focus is affordability. So, they are not only retailing out of supermarket giants like Reliance Fresh, but their chemical-free vegetables are also available at local and independent kirana stores in Bhubaneswar.

After doing his BBA from KIIT, Mahananda pursued a year-long Executive Management Program in Sales and Marketing (EMPSM) course at IIM Lucknow

To understand their process, we need to remember the fact that washing vegetables alone won't suffice in today's scenario where pesticides and additive colours are being used liberally by farmers. At C&G Agroventures, after procuring vegetables from the farmers and paying them directly to avoid middlemen, "vegetables go through a unique three-step process which reduces the chemicals in them by up to 60-90%," informs Mahananda, who is the Founder-MD of the start-up. The first step is ozonisation, where ozone gas is pumped into the water in a closed chamber where vegetables are left to float. The ozonised water breaks down pesticides present into harmless compounds. The second step is where vegetables are put through a certain frequency of ultrasound signal. And then the third step is where the vegetables are washed in water that has a 0.001% concentrated solution of KMnO₄ (potassium permanganate). "This process not only reduces the pesticide level but also increases the shelf-life of the vegetables," explains the KIIT alumnus. These vegetables are then hygienically packed and come with a barcode which tells you where the vegetable is from, right down to which village and farm. 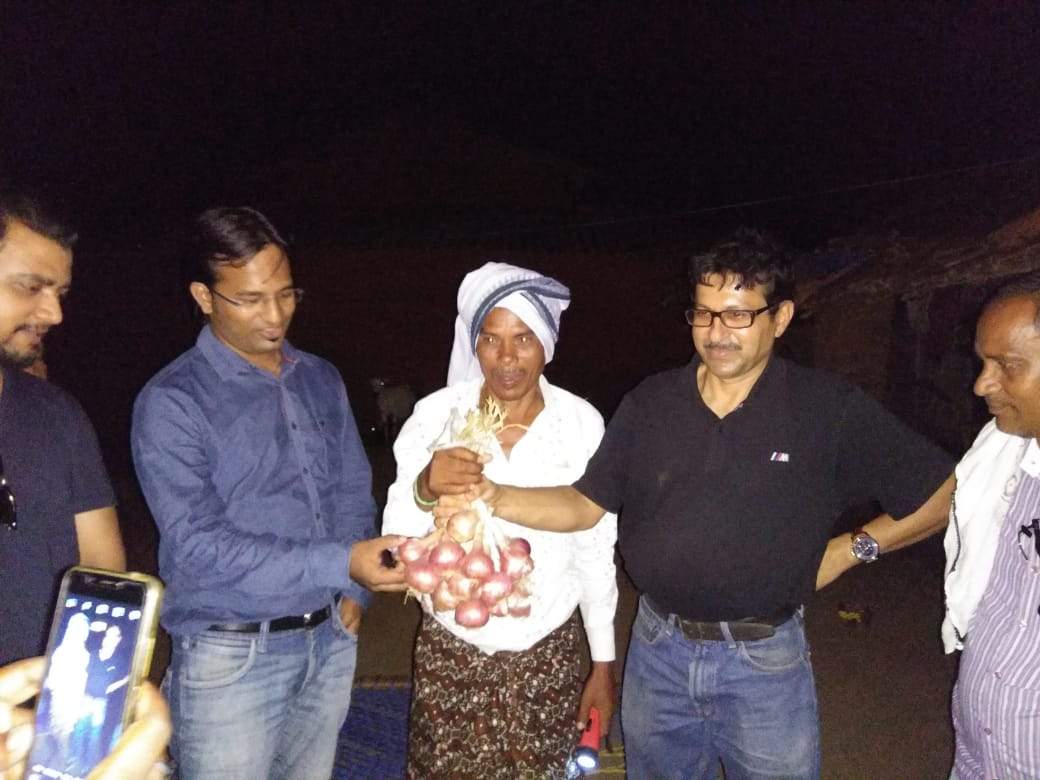 In this together: One challenge that Mahananda is facing is the procurement of vegetables from farmers

While this is just the beginning, in a month's time, Mahananda plans to start operations on 20 acres of land that he's bought in Balangir, Odisha. "This space is a model farm where farmers will come to learn modern techniques which they can implement back in their own farm," he explains. Experts like a former dean of Orissa University of Agriculture and Technology will be there to mentor and guide these farmers. "If a farmer wants to know how to cultivate pomegranate and has questions like whether drip irrigation will be ideal, they will be answered at this model farm," he explains.

C&G Agroventures also sells vegetables to hotels and restaurants like Adda and Biryani Box in Bhubaneswar. He also plans to connect farmers to seed companies and direct purchasers

"Unless we provide these vegetables to everyone, there will be no impact. And our mission is to reach out to as many people as possible," concludes Mahananda. Well, I for one am going to look out for these vegetables the next time I go to a kirana store!