If Trump amends H1B visa and sends Indians back, America will be poorer and India will be richer: Venkaiah Naidu

Addressing a large number of graduates and professionals who aspire to go abroad and settle down, he said, "Go abroad if you want - go, learn, earn but return to serve your motherland"

Dismissing the impact of America potentially clamping down on H1B visas for Indian immigrants, Vice President M Venkaiah Naidu said that it would be a good thing for India as a country and a blow for America, "If Trump is amending the H1B visas then America is going to become poorer, India will only benefit from such a move. We will get back lost talent," he told students and educationists after inaugurating The New Indian Express' ThinkEdu Conclave in Chennai, on Wednesday.

The two-day conclave was inaugurated by the Vice President along with TN Fisheries Minister D Jayakumar. The Vice President pleasantly surprised the audience by starting off by welcoming everyone on stage in chaste Tamil that would have brought a blush to the cheeks of any seasoned Tamil orator. 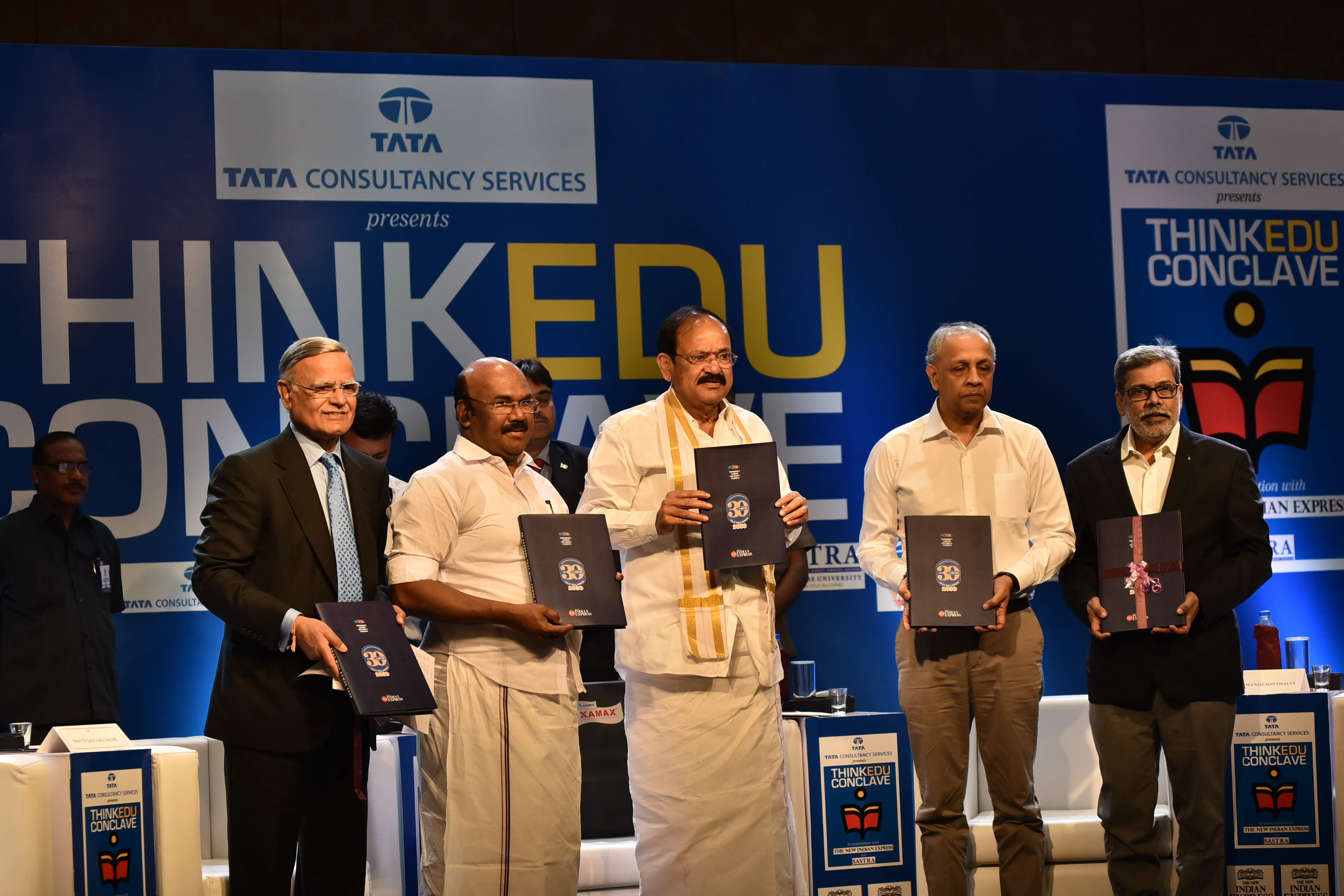 Book the show: TNIE Editorial Director Prabhu Chawla and TNIE Editor G S Vasu presented the VP with a copy of a special book titled '30 Careers That Will Power 2030', published by TNIE

Addressing a large number of graduates and professionals who aspire to go abroad and settle down, he said, "Go abroad if you want - go, learn, earn but return to serve your motherland". After stating that he had retired from politics but could not avoid paying tribute to former TN CM and enigmatic screen legend MGR on his birth centenary, especially when he is in Chennai, he said, "I'm very happy that the Conclave is happening in Tamil Nadu which I believe is the intellectual capital of India. There are both fertile lands and fertile minds in this State which is why some of the brightest people in our country hail from here."

He even went on to suggest that like the world has embraced India's food and culture, there will always be a burgeoning demand for Indian graduates and minds. And how did he drive this point home? By using KFC as an example. "I remember many years ago, Jaswant Singh had suggested that we open up to international food chains like McDonalds and KFC. Everyone started complaining that our traditional food will be forgotten and people will get affected. But look now, those outlets have increased but still idli, dosa continue to be the top demand, not just in India but across the world!" he said. The man has spoken: Vice President of India urged students and teachers to be respectful of our culture while striving to break barriers of caste and religion

However, progress will not be possible if we do not know our roots, Naidu stressed. "We need to learn about our history, our great leaders, our fathers and forefathers. We need to learn the greatness of our culture and our heritage. Also, these days we are not spiritual enough. When I was growing up we had moral science classes, now we have only science. This isn't about any ideology, it is simply important for us to know about our past."

Urging students to be respectful of our culture while striving to break barriers of caste and religion, Naidu added that they must be proud Indians who do not discriminate based on religion or caste, "We should not treat anyone as a majority or a minority, or discriminate on the basis of caste or religion. A few people who do wrong (to disturb this) should be dealt with harshly but that doesn't mean that an entire community is at fault. The young generation should learn more, think more and work more. You must be proud of being Indian," he stated. Vision ahead: Chairman and Managing Director of The New Indian Express Group, Manoj Kumar Sonthalia delivered the vote of thanks

Reiterating the point he makes often about the importance of the teacher and the mother tongue in an increasingly digital age, he said, "Remember your land, the place where you come from. Google can never replace your Guru. I also tell young people that learning your mother tongue is a must. We should respect other languages, but we have to give more importance to our mother tongue than English," he said.

Chairman and Managing Director of The New Indian Express Group, Manoj Kumar Sonthalia delivered the vote of thanks and spoke about the continued dedication that TNIE will have towards furthering the cause for debate and reform in the education sector.