In a country with over 100 million people, fast-growing networks and fancy ads of change or education being viewed by a population that still lives on Onida's black and White, The British Council, India has teamed up with Reliance Jio to take education and English to the mobile. India's digital boom has enabled the institution to partner with several well-known academicians and policymakers from the state and other parts of the country to help include their content both in government-run as well as private programmes.

A few months ago,  The British Council launched a national product called My English which takes the whole classroom experience online. After 70 years of pioneering work in this field, the council has now evolved, sinking its claws further into the digital world and has multiplied its partnerships with various government and private organisations from sports to education.

"We wanted to partner with a mobile platform of that scale (Reliance) and we wanted to do that starting with video as our first test. There is a new English channel on Jio chat that has some of our learning content in video form for simple bite-sized ways for people to learn English. I expect that we will take much more of our global content here because we are excited about getting English to as many people as possible," says Alan Gemmel, OBE, Director, British Council India. 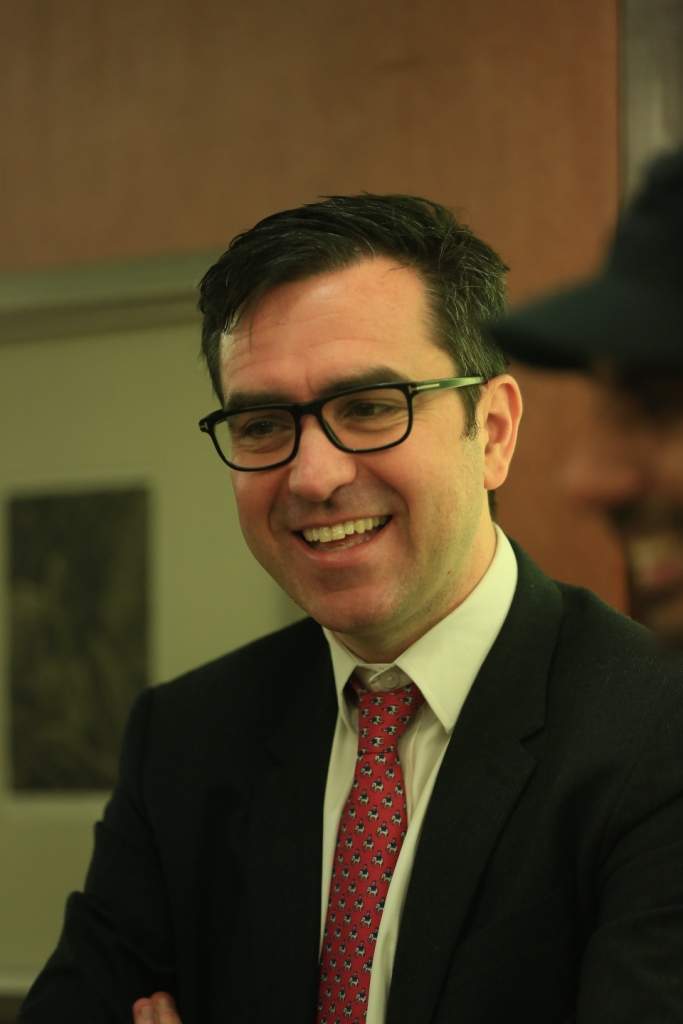 High Hopes: Alan is extremely hopeful and excited about India's inclusion of digitising education and expects it to go even further in the next decade

While the internet boasts of several English-language courses and programmes with little to no credibility, the council's major goal is to give people quality-level content and products free of cost. Alan says they are careful and dedicated to giving and ensuring that people get a good-quality education at an affordable rate. The bigger challenge; to assure them that their products are worth it. It is an exciting challenge, in his words, and each year with India's digital prowess a several thousand get accessibility to data and the internet.

"The most exciting point for me is that we are seeing hundreds of millions of people join the internet each year. There may be 200 million people on it by 2020 and that will soon create an internet base which operates in 12-13 other regional languages. That's the exciting opportunity for all of us. The online world is changing as communities who don't have English as their first language join in," he adds.

Options Galore: The British Council offers its members and those interested a variety of alternatives and ways to learn and even prepare to go abroad | BritishCouncil.in

Alan is a great believer in and draws hope from PM Modi's promise and vision of a new India. He hopes that the digital boom will act as a catalyst in bettering the standard of education, and its reach in the country. He adds that the Centre and the State governments have wholeheartedly dedicated themselves to providing quality education to the masses. His most impressive smile comes from thinking of Tamil Nadu's tireless efforts to promote education and English in the State. "We are very keen to be a partner in states across the South in the role that education can play in promoting knowledge ambitions and economic growth of both, the states and the country," he says.

It doesn't matter whether you're six or sixty. The British Council has no age limit for members and with over 6,000 members offers its training to anybody and has a crowd varying from toddlers, teenagers and septuagenarians. The vision, even seven decades later, lies as clear as the sky on a surprisingly pleasant afternoon. "In Chennai and across the south we run exams for people in their late teens or early twenties come to us to take English exams which are a passport to study or work overseas. We have been working closely, for this group, with the State to train teachers and have trained over 130,000 teachers in government schools across the State," he adds with a sense of contentment. 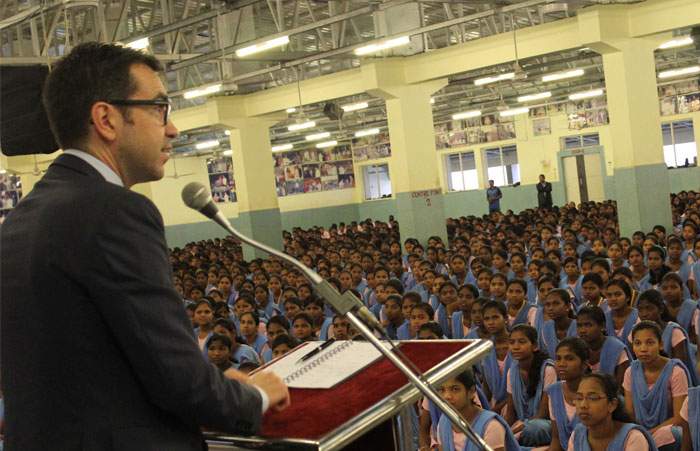 Dream Strong: The British Council and Alan have one dream. To provide better opportunities to Indian youngsters to explore academic and later job possibilities in the UK | Kalinga Institute of Social Sciences (KISS)

His immense respect for India is evident in his voice, his intention to help India rise from the tag of "illiterate" and "underdeveloped" flickering like a machine in use. India is responding, he says as the smile reappears. Teachers, a majority of whom are females as is the norm in India, are coming up with requests that ensure more interaction and sharing knowledge with peers.

"We have a lot of low tech solutions where there are teacher activity groups basically for those who have gone through our training to share the content so people in need can be helped. We also met the team who have been authorised by the Centre to create an online national teacher platform. We are including our content to this online platform so that the many teachers in India who want to learn, share and expand can now easily do so," Alan says determinedly.

The learning and growth curve has to the reputed institution been one of immense satisfaction. What strikes out more, however, is their tireless effort to boost the hunger and willingness to educate and be educated. And the results aren't disappointing. "We are seeing a lot of positive shift in teachers across India thanks to all these new availabilities. We are also trying to help teachers be confident because just giving someone something does not mean they are confident to or will use it. They have to be taught and guided on the how. We use trusted brands so that they are more comfortable in using these resources," he adds.