Kerala is losing its educated women: Meet the ladies who want to change that

Our doors are open to women who want to work, to any woman who wants to go back to earning a living again. The need of the hour in this economy is more women in the workforce — says 36-year-old Chandra Vadhana R, founder and mentor at Prayaana, who was sitting comfortably across from me at a rectangular conference table.

Although she just echoes what most of us know, in this room with the sound of her employees clicking away on their keyboards and her colleagues nodding in agreement, the need feels more immediate. These are all women who have fought for themselves and have decided to take their determination to the road. Along with her fellow mentors — Jessica Mundroina, Fathima Shermin, Lalitha Mathew and Kezia Thomas — Chandra has been travelling across the state to reach out to female students.

"This is the first employability, entrepreneurship and innovation ecosystem for women," says Chandra. "There are engineers and doctors in every family and all sorts of highly qualified women, but they all leave Kerala or end up getting married and quitting. This is a serious problem that we are facing." As they narrowed in on the problem, the team behind Prayaana realised that the push to towards the workforce has to come directly from the earliest stages of education. So, they identified colleges in the state where they could interact and work with female students to change the inertia around their professional growth. 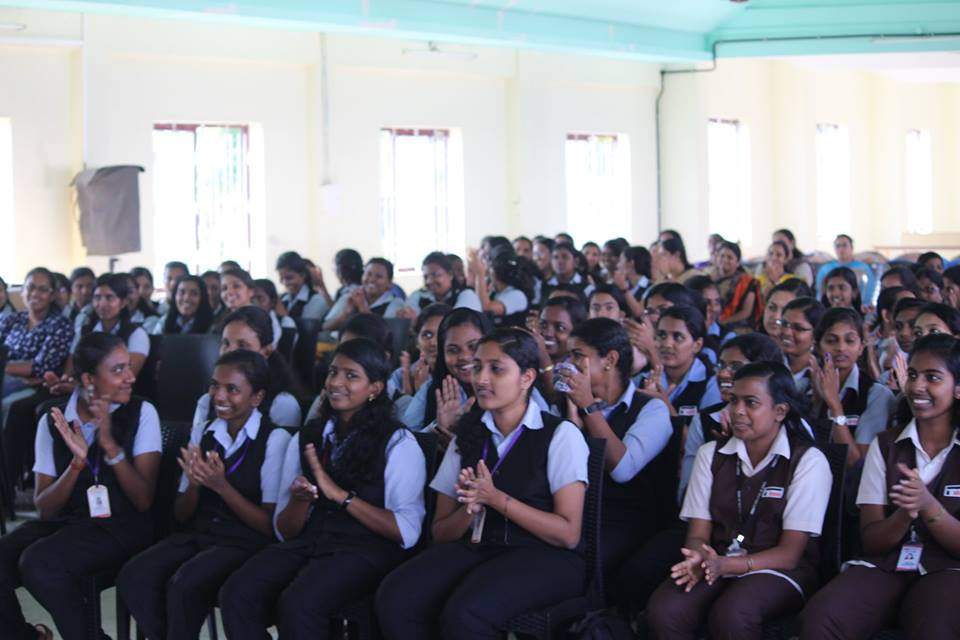 Skill school: The team has established a hub within each college where they provide an ecosystem for the women to work in

"Firstly, women have certain inhibitions, which stem from within that we had to start with, in addition to the pressure from society and their own families," says Chandra. "In the past year, we've sown seeds in various places. We've designed a platform, or rather an ecosystem called Prayaana Labs, which we believe will grow into a movement to help women — both freshers and women who had quit their careers and now want to make it back," she adds. The team has also established a hub within each college where they provide an ecosystem for the women to work in, undergo training and do internships. Those interested spend an extra 1 or 2 hours in college to take care of Prayaana's activities.

"Usually only boys grab such opportunities; the girls are too shy to claim opportunities as their own," claims Fathima Shermin, Project Head. The team admits that half the issues arise from the lack of support from parents and colleges. Fathima continues, "Right now, we are associated with various campuses and are reaching out to students though a support system. The infrastructure is provided by the college and we do our best to support them intellectually. We are not a training company; the initiative has to be taken by these women. In all the colleges we have partnered with, we have Prayaana ambassadors who make the necessary arrangements in their respective campuses. This in turn is inspirational to others. Here, we like to lead by example."

Jessica Mundroina agrees that leading by example is the way to go. She says, "I myself am over 50. The ages of the other mentors range between the early twenties and the seventies. When these young women see women like us supporting ourselves and taking the extra effort to reach out to them, it really resonates with them. They might even go home and motivate their mothers to get back into the game too." The team points out the example of a girl, Safiya, who spoke up about how girls are perceived as arrogant and rebellious if they chose to speak up. To counter this perception, Prayaana encourages its leading women to speak up and act without fear.