These high-schoolers from Kotagiri almost won TCS IT Wiz. This is their story

How would you feel if you had to go up against 13000 students from 1200 schools in a quiz about IT? Personally, I would've been super intimidated, if it'd been me. For Harsh Agarwal and Yazhini Shanmugam, boarders at St Jude's Public School and Junior College in the quiet little town of Kotagiri, it was pretty much the same. The duo placed second in the TCS IT Wiz, edging out all the competition, save for one team. "The moment we heard that we were competing against thousands of people, it sent shivers down our spine. We were so overwhelmed by the fact that we were actually part of a national competition, but the number of students we were competing against was appalling. That doesn't tear down the fact that we are so proud of ourselves and forever will be grateful for the opportunity that came knocking on our door," says Harsh, who is a tenth grader.

An additional piece of information that totally smacks of 'girl power' is that Yazhini was the only girl who made it the finals of the TCS IT Wiz 2018. "The whole experience for me was nice. My parents are very proud of my achievement and that makes me happy," she smiles. IT Wiz is an annual competition hosted by TCS. Harsh walks us through the various obstacles they overcame to make it to the finals, “One challenge that we faced as a team was when we were split for a whole round — It literally felt like we had to read each other’s minds to win that round. But thanks to the hours of preparation and mentorship from our beloved Prakash sir, we made it through.” 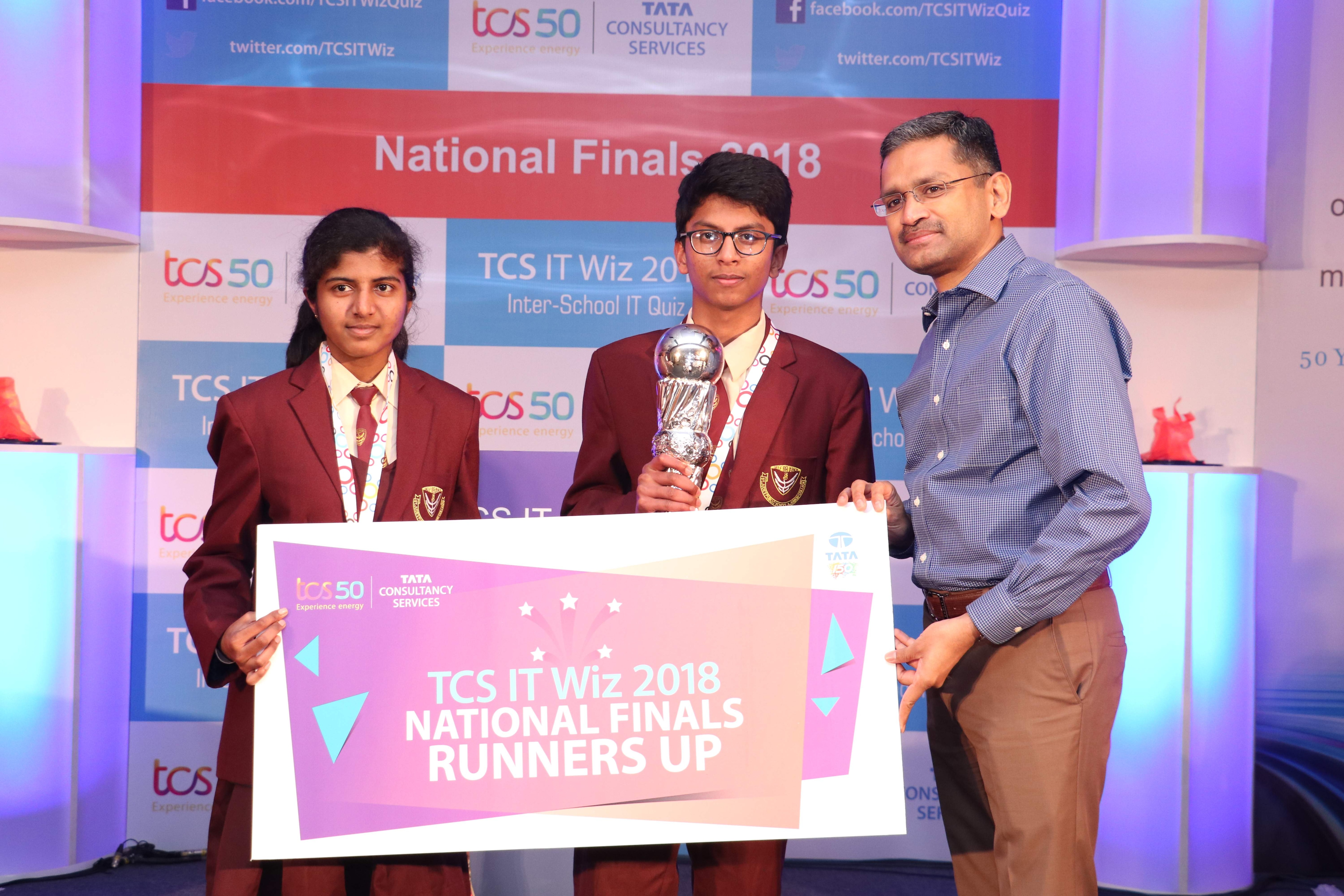 Rewards: Yazhini and Harsh were awarded the runner’s up trophy by Rajesh Gopinathan who is the current CEO of Tata Consultancy Services

The team first made it past the regionals, held in Chennai, before they headed to the finals, “Our very first competition at Chennai had about 800 students who we went up against. Knowing that our roots went back to a small town we shuddered at the thought of not making it to the state-level competition. Having been through thick and thin, we still made it to the finals of the national competition and I cannot deny the hint of pride we feel for this achievement of ours,” says Harsh.

What spurred them on was the constant support they received from their school and their principal in particular. “We were trained for an hour every morning and an hour every evening and this was our routine apart from classes and homework. But the extra hours we put in was worthwhile and I don’t regret any of it,” says Harsh. Their greatest pillar of support was their principal, Saro D, who was a constant support system and, on the clock, egging her students to go for the win, “She would often sit in the audience and cheer us on. When we were in doubt of our abilities, she reminded us that we could do it. We are so grateful for a principal like her,” concludes Yazhini.