Through The Borderlands, Samarth Mahajan is talking about the people who live across the borders in India, from Kutch to Rameshwaram

Samarth Mahajan grew up in the small town of Dinanagar in the Gurdaspur village of Punjab, just 10 miles away from Pakistan, but he didn't grow up finding anything unusual about his time there. He had a normal childhood and teenage like any other boy in any other town in India. But when he moved to Chandigarh as a young adult, he was amazed when people constantly asked him how safe it was for him to grow up in a town, so close to Pakistan.

This is what intrigued this filmmaker's interest in borders. They might be just physical boundaries, but he always knew that the people who lived there had a lot of interesting stories to share. So he set out on a journey, to listen to these tales, to meet these people and to document them in his upcoming documentary The Borderlands. Best known for his documentaries Kazwa: A Million Lanterns and Unreserved, Samarth and his team Camera and Shorts plan to document at least 30 tales of people living across border towns all around the country — from Kutch to the Himalayas to the North East and the coastal towns of Rameshwaram and Dhanushkodi. 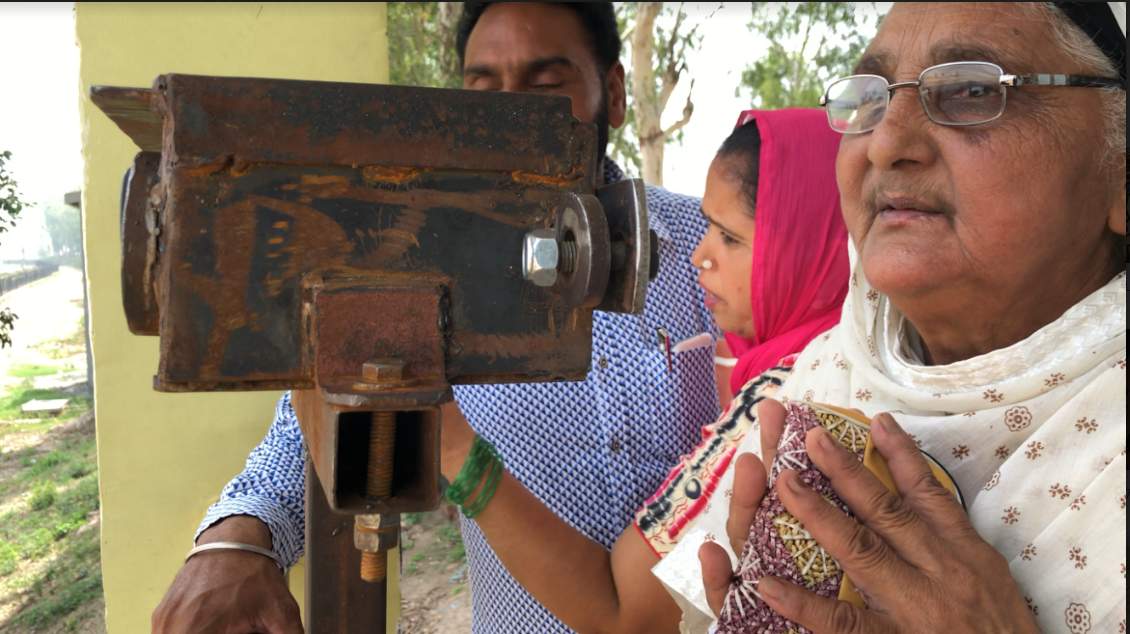 The longing: Pilgrims looking at the Gurdwara from Dera Baba Nanak

"My major inspiration for the project came while shooting for Unreserved, a documentary that I did on the general  compartment journeys on Indian trains. That was in 2016 and after that I read a lot on borders and visited a lot of them. I attended a lot of film festivals where I got to see a lot of work based on border towns," says Samarth. In the journey, he also met a lot of filmmakers from Pakistan, Nepal and Bangladesh.

Did borders always mean violence and terrorism? Not at all, this 27-year-old IIT grad saw his hometown attacked just once — in 2015. "People know that border towns always get attacked. But here, I'm focusing on the human side of life on borderlands," he tells us.

On his journeys, there were a lot of instances that intrigued Samarth. One such instance was his visit to Dera Baba Nanak in Gurdaspur in Punjab. "This is a place from where you could see the Gurdwara Darbar Sahib Kartarpur, the place where Guru Nanak died. It is just 4 km away from the border and the BSF has built a raised platform where people can see the it through binoculars," he says. Even the Pakistani soldiers know it's important, so they cut the grass around it and make sure that the view of the Gurdwara is not obstructed. "My idea was to capture the phenomena and to understand the longing of wanting to go there. It is very close to you, but you need a passport and visa to reach there. Also, you get to go there only through Wagah, which is a 220-km-long journey," adds this filmmaker.

Samarth's next stop was the famous Attari station in Punjab. What he saw and heard there from the people was heartbreaking and he says he still gets goosebumps every time he talks about it. "I met a father there, whose daughter was married off to a Pakistani man. He hadn't met her in 20 years," he narrates. The father, a commoner, was unaware of the complexity of obtaining a Pakistan visa and his application got rejected many times. Meanwhile, his daughter was widowed. "He was carried away by the emotions so much, that he started crying five minutes after he started talking," Samarth recalls with a tremble. The Sri Lankan marine border issue must have been a humorous reference in Chennai Express. But that was how Samarth was introduced to the issue. After watching the movie, he happened to read and research a lot about this. He also plans to visit Rameshwaram soon.

Like most of us, Samarth too didn't know much about the India-Nepal border, which he thought was very boring. But his journey also told him a story of how once the villagers in the bordering areas decided to solve a water sharing issue peacefully. "At the borders, your economic radiant become very different. Economically, hard borders wouldn't make much sense. Absence of them creates a better livelihood," he says. He tells us about Laila Majnu Ki Mazar (The graves of Laila and Majnu) in Rajasthan, which was open to Pakistanis till the Kargil war. He wonders if Laila and Majnu are symbolic to India and Pakistan.

But Samarth is worried about the unpopular documentary market in India. That is definitely hindering his dream and is the reason for him to start a crowdfunding campaign. "There are ways of getting funds other than a campaign, but that would obviously change the idea. We were constantly asked to get a Bollywood actor to bring in commercial viability. But it changes the agenda. We're trying to avoid all that," he says. "Also, everyone wants me to talk of terrorism across borders. But I want to break all those sort of thoughts," he concludes.