​With Kerala still facing nature's wrath, the scramble for electricity to power up mobile phones is only increasing. To solve this issue, a Government engineering college in Thiruvananthapuram has all hands on deck to make emergency power banks for those stuck without any electricity all over the state. They have shipped out over 350 of their makeshift power banks and are trying roll out as many as possible — to ensure people can connect quickly and let their family know that they're all right.

The Government Engineering College, Barton Hill, has almost all its 2,500 students assembling emergency power banks. The device is a basic prototype made of eight AA batteries (pencil batteries). The idea is to help those whose phones have been drained of charge connect with their friends and family or even call for help. "We were not badly affected by the flood and because most of us are hostelites, we got together and began putting these devices together. We wanted to help people who were stuck without power and needed to make at least one or two phone calls for help," Krishnan Unni, a fourth-year mechanical engineering student of the college who is working actively on this project. 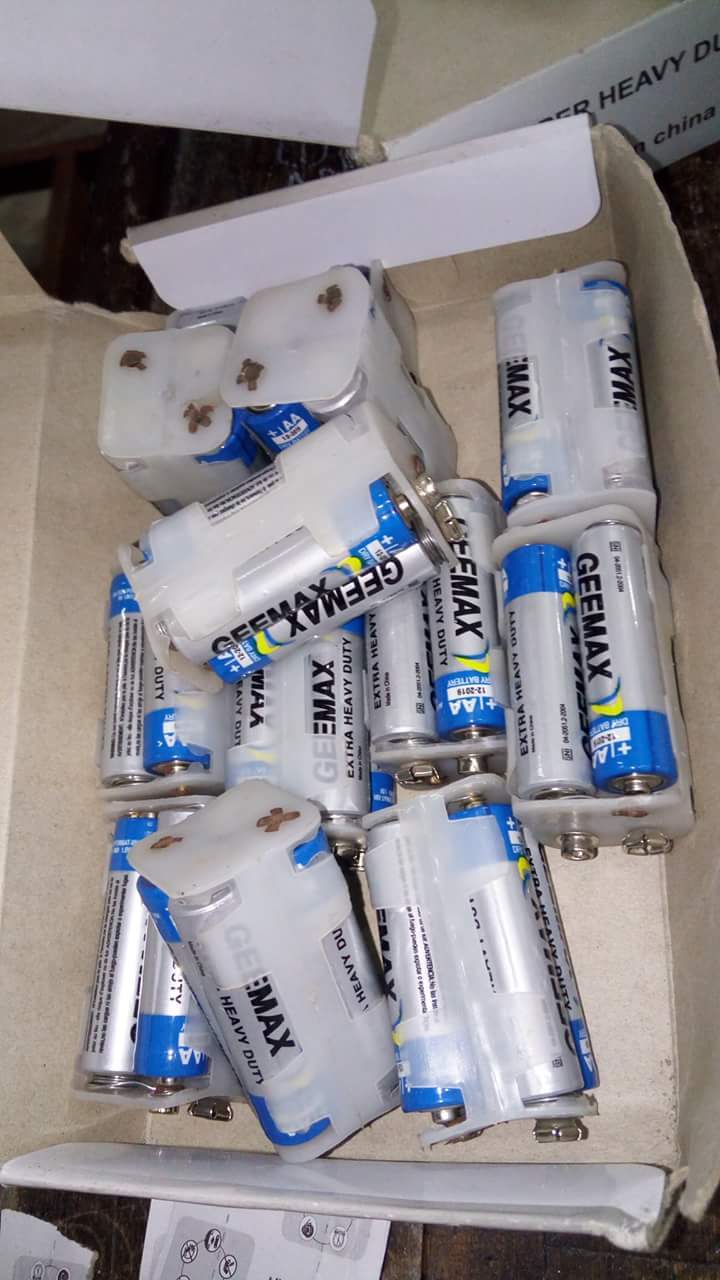 Charging Kerala: The power banks are basic in structure and use only AA batteries

The students had come up with this design some time ago, but it has been particularly useful when the floods rose so high that the state was virtually without electricity. The design is fairly basic, "We take four AA batteries and connect them in a series circuit and then connect two such units with a parallel circuit. A USB cable is connected to this setup which will fit into your phone. The output power is around 440 mA which will charge a phone's battery to 15% within an hour," he said and added, "Since this is only for emergency purposes, one (charging) unit lasts a maximum of two hours. But one can always replace the batteries."

The students are a part of a non-governmental organisation, Inspire, set up by the alumni of the college. "We have shipped out 367 units through various private rescue agencies like the National Health Mission and Indian Red Cross Society," said Unni. "We have made 500 more units out of which 350 have been shipped out." As they do not have access to transportation themselves they are totally dependent on the agencies to ship out the power banks. Ready to go: Power banks waiting to be shipped out and distributed at relief camps and flood-hit areas

The major hindrance that the students are facing now is getting hold of the equipment to make more of these power banks. "We have been sourcing the equipment from Bangalore, Nagercoil and Chennai. But it is becoming increasingly difficult due to transportation problems," Unni added. The students are willing to help flood-hit areas of Karnataka as well but their primary handicap is transporting the units. All they need is an agency associated with the rescue mission who have transportation facilities to join hands with them.

The students are available on their NGO's official Facebook page and can help anyone who can reach them.

If anyone can provide them with