Friendship Day: How her bestie made this girl with muscular dystrophy look beyond her wheelchair

Keerthi never let Nikhila, who has muscular dystrophy, feel awkward or weird. In fact, these girls are each other's strongest support systems

Nikhila Chalamalasetty has nailed the formula for finding the right friend for herself. "Whoever looks at me with eyes full of sympathy or pity, I just know it is never going to work out with them. I click with people who look at me and see me, not my wheelchair," says Nikhila. This is very important for Nikhila, who developed muscular dystrophy (a condition that slowly weakens the muscles which control movement) because as someone who is bound to a wheelchair, people often look at her with eyes full of sorrow. Surely then, it must have been Keerthi's warm smile and eyes that looked directly at Nikhila, that laid the foundation of their eight years of strong friendship which seems to be growing by the day.

Actor Alia Bhatt appreciated the will and determination of Nikhila, who has always strived to be independent, through a video

All fun and games
For most friendships to click, there has to be a yin and yang factor to it. If one is an out and out extrovert, the other is usually a shy introvert. If one is a chatterbox, the other is inevitably a good listener. While Nikhila and Keerthi's friendship ticks all the above boxes, what makes it distinct is that Keerthi treats Nikhila as a regular person. While others may still be treating Nikhila as if she comes with a tag that says 'Handle with care', Keerthi recognises the crazy in her. "She has seen every side of me - angry, naughty, sad, ecstatic, and stayed with me through it all," says the affable young girl. Indie cat: Nikhila earns through blogging and prefers it that way because it makes her feel strong and independent

From the corner
The duo met when they were pursuing their plus two in Modern Academy, Vijayawada. From sitting in the back bench of classrooms and gossiping to bunking classes, they have done it all. They even survived long distance because when Keerthi went away to Haryana to pursue her PG at Haryana University, they used to video call and continue to stay in touch. And when she was back, it was like nothing had changed.

Nikhila also considers her family, father, mother, and brother, to be her best of friends. They talk and discuss everything

Take the day Nikhila was launching her debut book The Day I Started Flying, on June 4 of this year, for example. When dignitaries like Padmasree Turlapati Kutumba Rao, para-athlete Baljeet Kaur, AP Editor’s Association President Krishnam Raju, and author GV Purnachand are present at your first book launch, you are bound to feel nervous, isn't it? Nikhila too had butterflies in her stomach. But one look at her beloved friend, who was standing in the corner of the room and smiling with pride and Nikhila felt assured. "She clicked several pictures of me that day, and all of them from different angles," laughs the 25-year-old while recollecting the day which cemented their friendship further. Today, they go out to malls and love watching movies together, though it is cumbersome to find hangout spots that are wheelchair-friendly. They are also big on Netflix and chill and make it a point to watch all horror movies together. 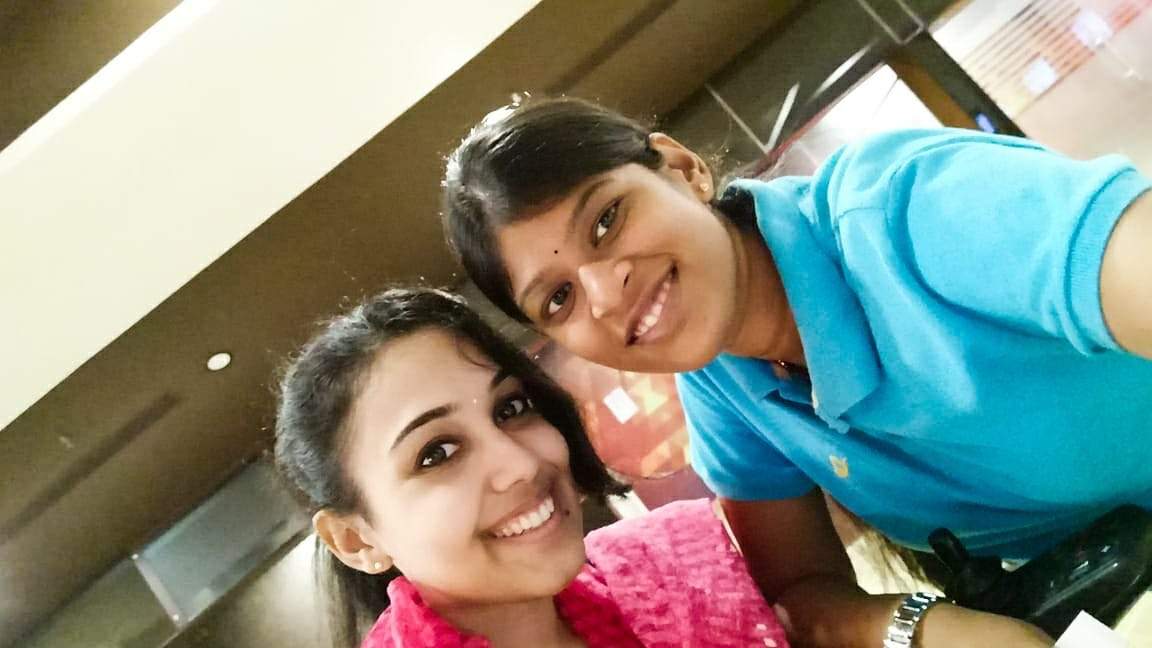 All smiles: Nikhila and Keerthi love hanging out together and binge-watching series on Netflix

Truth be told
Keerthi and Nikhila have weathered many storms as well. "I've been in situations when I was going through a lot of emotional turmoil and yet, she stood with me silently and with all her strength," says Nikhila. These girls, who don't even need words to communicate sometimes, took time to hit it off but today are the thickest of friends. "She talks her mind and doesn't mask her feelings with me. I too have opened up with her, though I took my own sweet time. But today, without a doubt, she is my best friend," she says. Cheers to that!