Deepak Patel from Hyderabad is competing in one of the most dangerous combat sports, Taekwondo, and is putting his blood, sweat and tears into it

Hyderabadi B Sai Deepak Patel visited CMR Engineering College for an admission under the sports quota with a folder packed with 60 certificates, all of which boasted of his achievements in Kung Fu and Karate — all except one. That one certificate was for finishing first in a district-level Taekwondo competition. The management considered only this certificate and returned the rest. That was when he realised the importance of this sport and decided that it would get all his attention.

Patel loves uniforms. He has been a part of the NCC and was a rifle shooter as well. It is one of the reasons he is preparing for the Civil Services exams at the moment

Though martial arts was a field that Patel excelled in, from watching Bruce Lee in Enter the Dragon to joining martial arts classes at the age of eight, Taekwondo was a slightly different ball game. Taekwondo is more about kicks and the points system is different from other martial arts. But every aspiring student needs a master. And though he has trained under other masters, "all of whom I am grateful to," he says humbly, he finally found Grandmaster M Jayanth Reddy, or rather it was the other way around. "After I received my black belt from Kukkiwon, also known as World Taekwondo Headquarters, I started training with Grandmaster Reddy," says the 23-year-old. 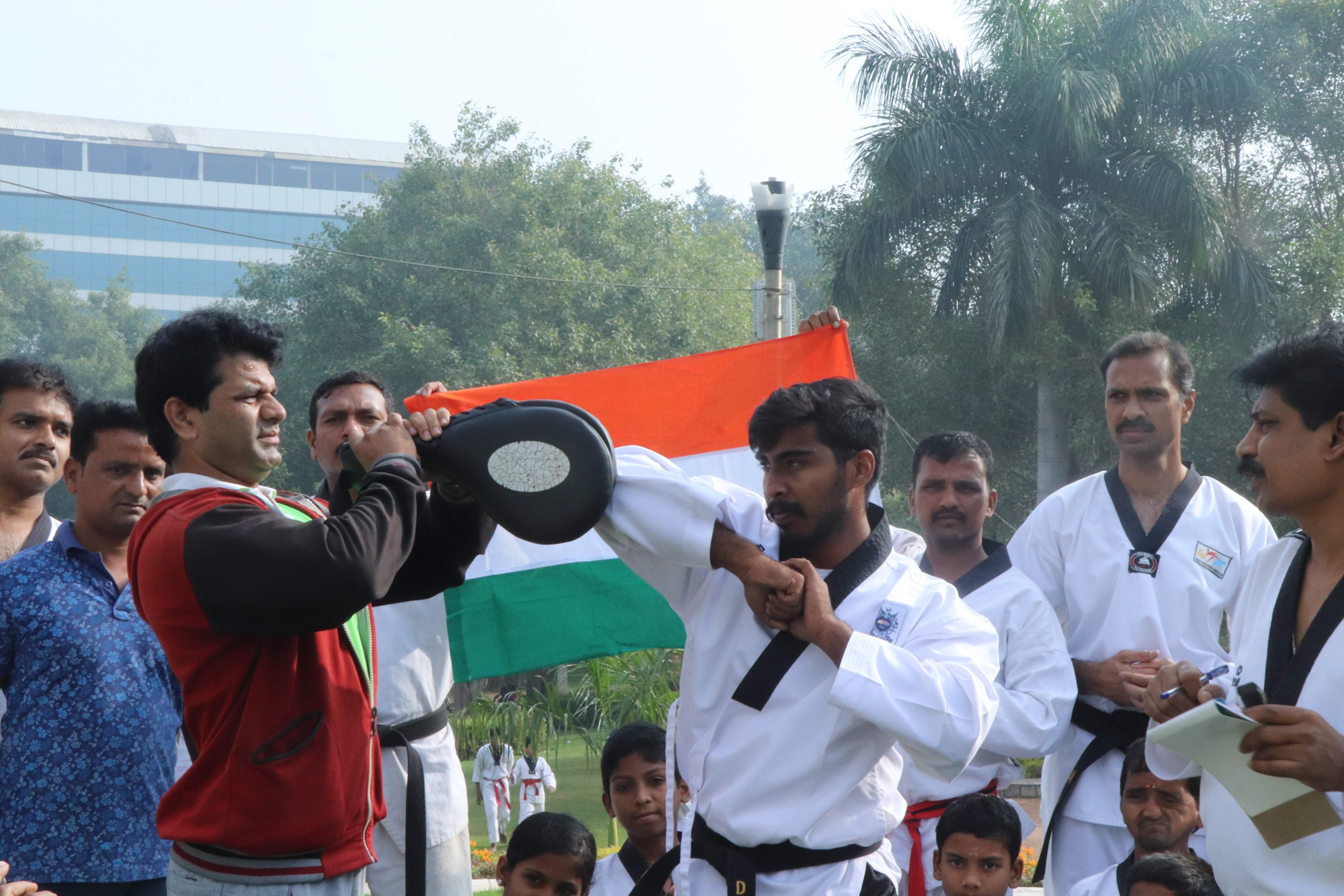 I never wait for an opportunity, I just grab it

The Korean martial art soon took over him. Last year, Patel suffered a severe knee injury and his parents insisted that he leave Taekwondo. But he left his job at Google instead. "I wished to come back with a bang after my injury and I conveyed the same feeling to my Grandmaster," says Patel, who is currently pursuing his MBA from CMR. That's when he decided to set some never-set-before records.

Patel wakes up at 5 am and meditates for 20 minutes every day. He trains twice a day before going to sleep by 11:30 pm

On November 26, 2017, he set the Guinness World Record for most full contact elbow strikes in one minute and after more training, he set the record for most full contact knee strikes in three minutes on December 24, 2017. "Though there might be others who will break my record, I will always be the first one to make it. My name and the name of my country will always remain in the record books," he declares proudly while telling us that he is currently working to set another record — the most number of balloons popped in one minute while doing a split kick. 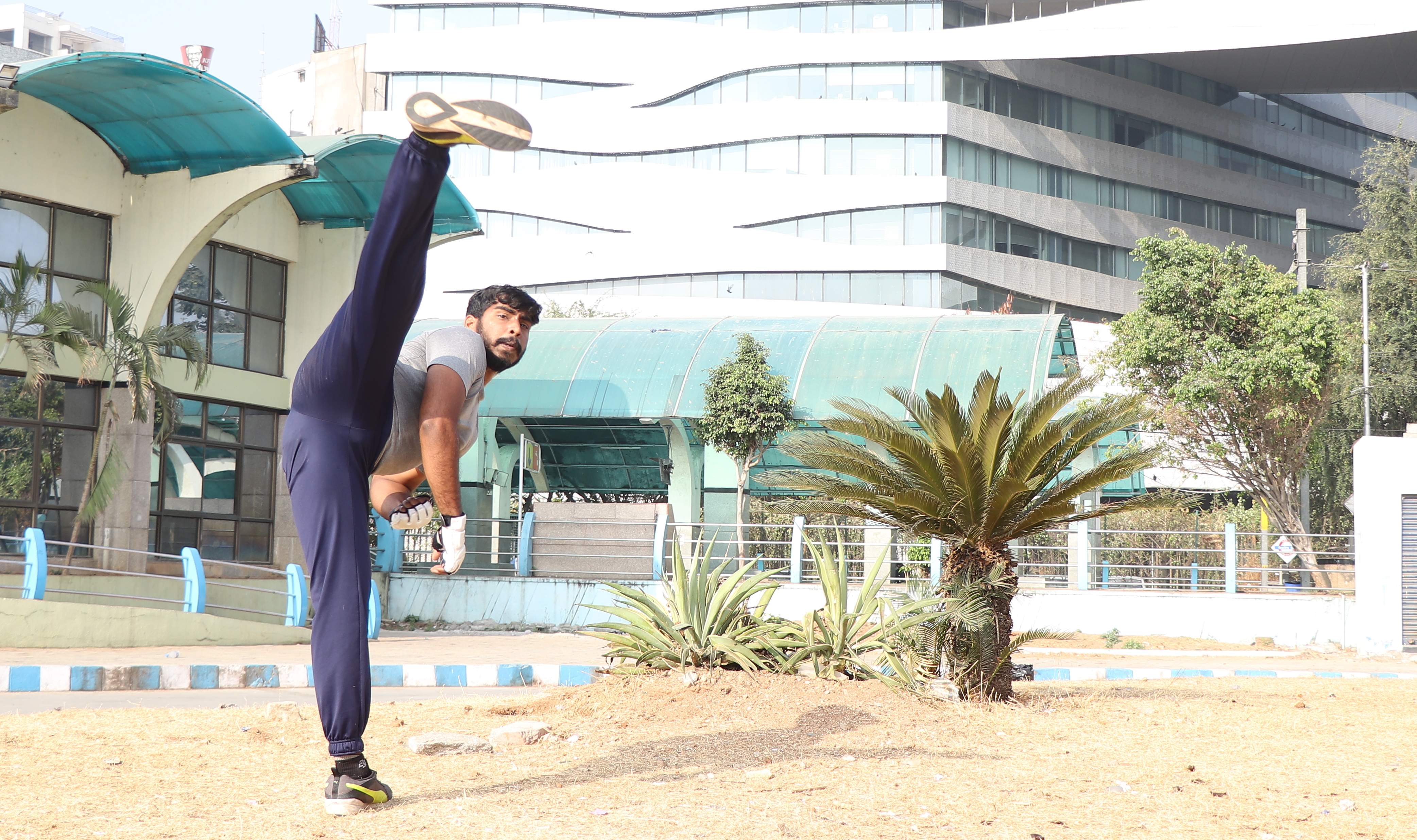 Kick up: In 2008, when Abhinav Bindra won an Olympic gold, Patel felt the need to try for one as well

With his sight set on Olympics 2020, Patel says, "Fame and recognition are important for any upcoming sportsperson because it brings in sponsorships and funds." He is currently training for international Taekwondo championships as well. But what if he doesn't win any medals? "I will join a company and balance it with my training," says Patel. Now that sounds like a man with the plan.