The director speaks about Paniyar community and explains how their identities have been mixed with their profession indistinguishably over the years. There is no other community like them, he insists

Let him be just and deal kindly with my people, for the dead are not powerless. Dead, did I say? There is no death, only a change of worlds.

Although Chief Seattle’s words from 1854 didn’t make its way into the final cut of Aneez K Mappila’s film, The Slave Genesis, the message it conveys echoes through his powerful visuals. For over three years, Aneez followed the lives of the Paniyar community in Wayanad, one of the oldest tribal groups in the state.

This year, he won the National Film Award for Best Anthropological National Film. “Although it was recognised as an anthropological work, the concept was never in my head. I set out to do this with a firm decision to not make it another study. There are a lot of themes like myths and customs within Wayanad that have been exoticised. I understand that this is something that people want to see, but if you take a deeper look at it, this land is full of love for the earth and tales of resistance,” says Aneez.


On the road back to Wayanad

The first time Aneez got involved in filmmaking was as a graduate student, when he participated in a number of short film competitions across the state. In the next three years, he began to explore the world of documentary filmmaking as a student of journalism at the Kozhikode Press Club. At the time, he never considered the work as a profession. “After completing my studies, I came back to Wayanad,” he says, adding, “I was working for a few NGOs and for the farming community. It was only a means of making money as far as I was concerned. But this was when I first came across the topic. It wasn't like I purposefully chose it or went searching for it. The idea struck first and the medium followed later.”

In 2013, Aneez created his first independent documentary, Vithappadu. He was so new to the technical aspects of filmmaking at the time that he was involved only in the direction process. Other elements like camera editing and so on were left to paid professionals. “For Slave Genesis, I trained myself in handling the camera. This was the first time I handled it professionally. These tools change with the documentary and merges with our personal journey. The technical information I learnt through it was a part of my professional journey as well,” explains Aneez. 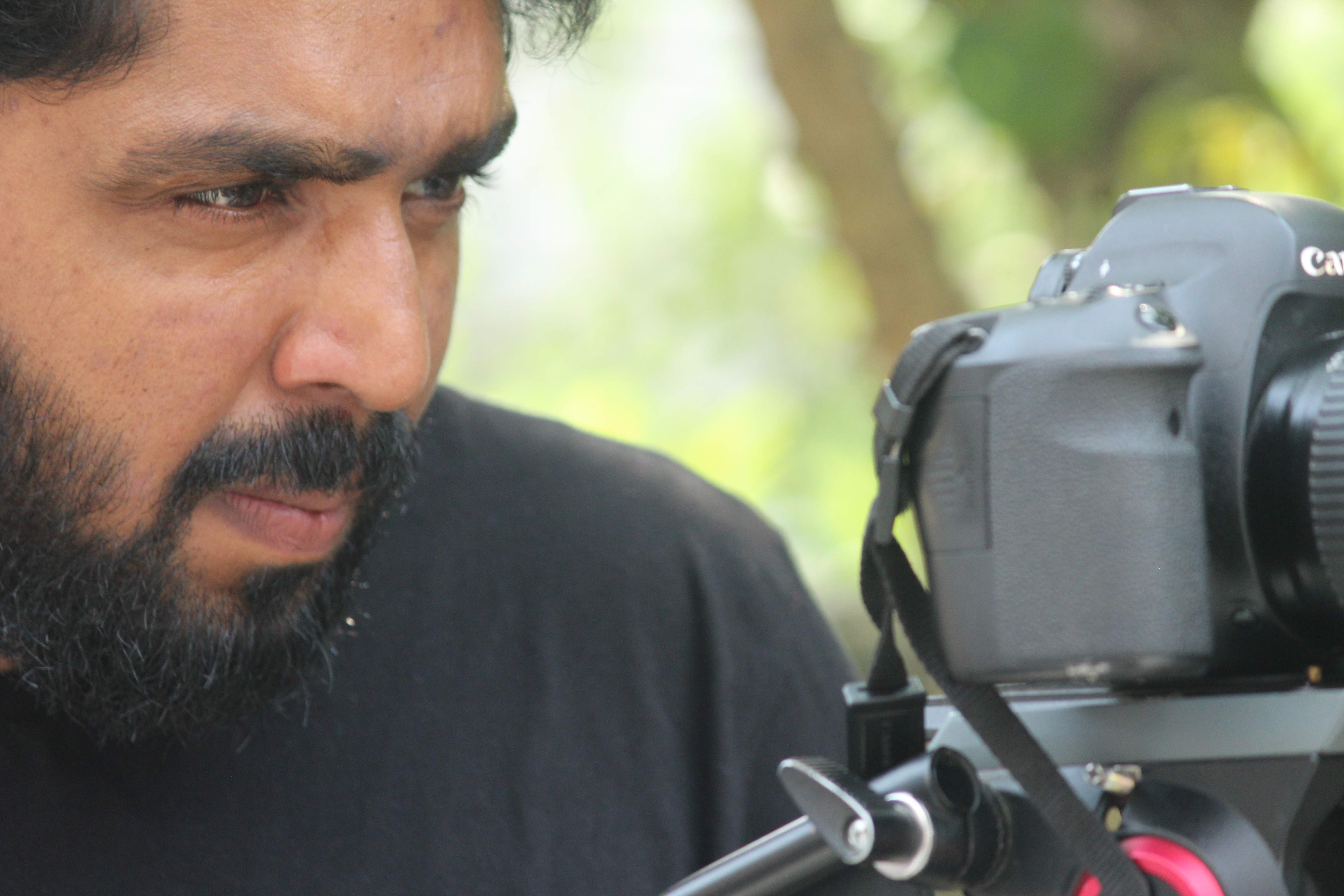 Nature's lens: Aneez trained himself in handling the camera for the film

Has he borrowed anything from his own experiences for the film? “Memories of Wayanad have been etched in my memories over time. These are some images that have stayed with me naturally,” says, Aneez “These are the elements that I may have unconsciously borrowed from my childhood. Otherwise, it was never about me or celebrating the culture that I grew up in. My point of view is something that I share with many people who live here.”

“It was never about me,” repeats Aneez, who explains that he was never taught about the culture and heritage of Wayanad as children often are these days. “But in searching for the politics behind this subject, personal experiences may have crept in,” he confesses. One such personal experience was bailing out a Paniyar youth, who was arrested under the Protection of Children from Sexual Offences Act (POCSO).

They are a community that has gone from being slaves to labourers over the years. And it’s also one that holds a world of secrets and knowledge

“It’s not really a memory, it’s a present situation. But I witnessed it myself. I remember fetching this man, who was imprisoned because his wife was 17, from Muthanga,” Aneez recollects, “As this man sat behind me on my bike as I rode on for 40 km, I remember he spoke throughout. He said his future was this: he’ll either be killed or will end up killing himself. He was just 21, but 21 for a Paniyar is not the same as it is for us. They drop out of school in sixth grade and start going to work the next day to support their families. He has been financially independent for eight years already. He is much older than I am now, in that sense.”

He draws from another memory from when he was 7, saying, “When I was in second grade, 30 per cent of my classmates were from tribal communities. By the time we reached fifth grade most of them would have dropped out. There was a boy named Thangam in my class. Once, my teacher was talking about the sea and train engines — two things we don’t see where we live. She asked us to raise our hands if we had seen them. Being privileged enough to have done so, some of us raised our hands. And so did Thangam. We were all shocked. This is one of those memories I have. They have always been looked at as outsiders.”

The song of death

“When I hear the word ‘labourer’, I immediately think of the Paniyars,” says Aneez. “Whether it’s working in the fields or our roads, it’s what they have come to represent. The name literally means ‘those who labour’. Their identities have been mixed with their profession indistinguishably over the years. There is no other community like them. They are a community that has gone from being slaves to labourers over the years. And it’s also one that holds a world of secrets and knowledge.”

Aneez began working on the documentary three and a half years ago and the first step was to write the script. After a year of working within the community, he admits that he learnt so much that he had to get rid of a year’s worth of footage. “My personal style also changed. The truth is, a ritual isn’t just a ritual as far as a tribal community is concerned. It is a part of their lives, unlike other cultures. They are practices that their lives have been built around,” Aneez tells us. 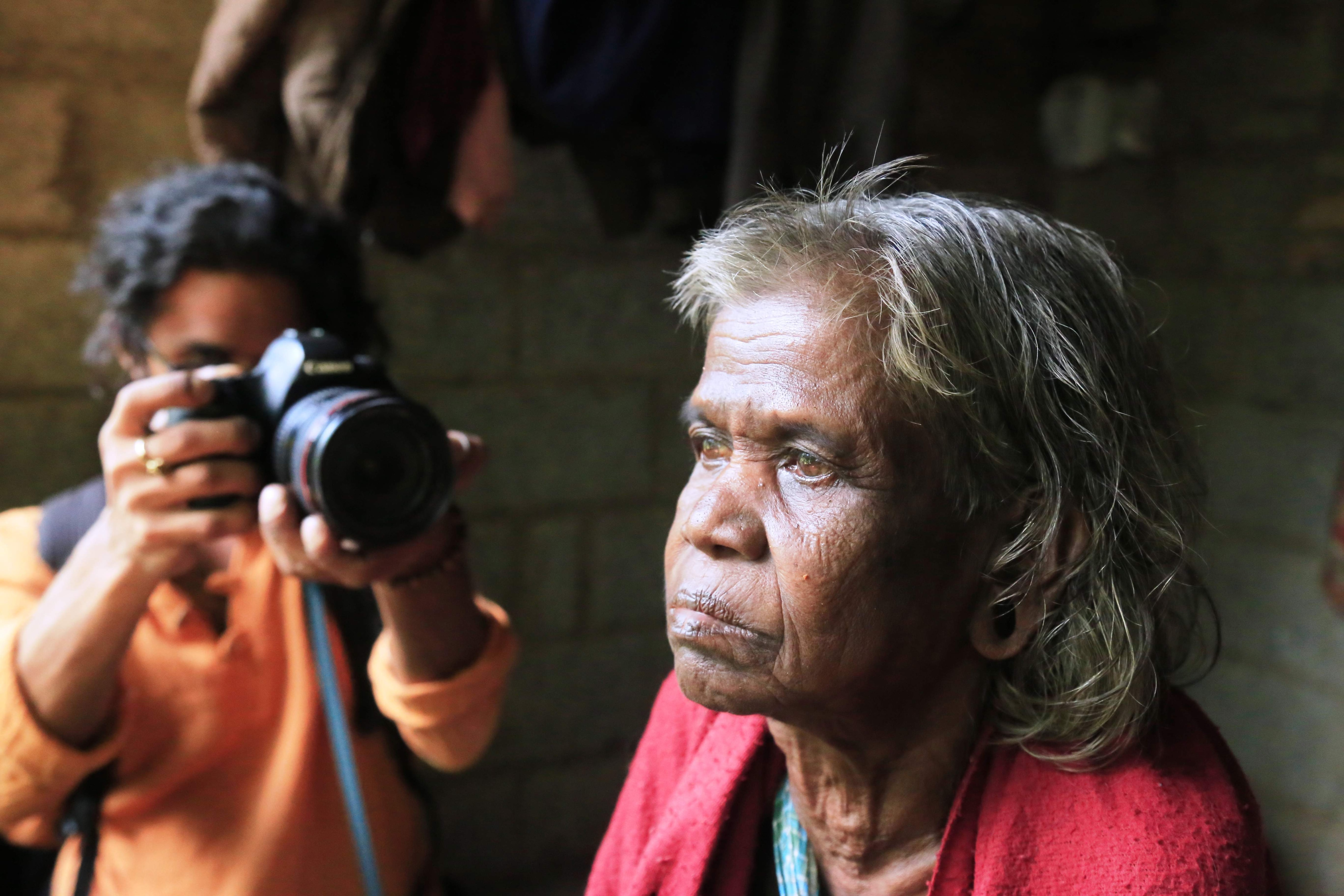 “What the Paniyars practice is true animism. They are a truly non-human centric society where even the smallest pebble has a soul,” explains Aneez, “In the beginning of the film, you can see me communicating with people and going in search of trivial objects. I wanted the viewer to see that I was a stranger among these people although I grew up with them. I will always be an outsider. This is my attempt to constantly correct myself.”

Aneez recollects an encounter that truly changed the course of his documentary, “There was a suicide within the community. I had gone to find out what had happened. There, I found out that an individual had gotten drunk and accidentally hit his mother-in-law on the head, at which point she began bleeding profusely. Fraught with guilt and remorse, he hung himself from a tree outside their house. He was still hanging by a noose when I went there. What does one say if an outsider wants to know what the cause of death is? From where we stand, it is a death without a cause, but in truth, it’s one that has a million reasons.” Ritual rules: The movie is a study of life and death within the community

On that day, he heard a haunting song that was rendered by a community singer, Akkali. The Penappattu is sung during the time of the death of anyone within the Paniyar community. And suicides were becoming increasingly common within the community. After acquainting himself with the singer, he learnt the importance of it. The song Akkali sings quietly speaks about a landlord named Ippimala Gowda, who orders enslaved Paniyar siblings to be ‘more than brother and sister under the waist’ and reproduce so that he could have more labourers to work on his farm. This song, directed towards a lord, captures the long history of enslavement that the community has been subjected to.

The film goes on to follow the growth of two children, a girl and a boy. While the story begins with a death, birth is its conclusion. We watch the celebration of a girl reaching her menarche as the community showers her with gifts, music and love. “This is an important part of the story I'm trying to tell. As you witness people from the community slowly marching to their grave, you can also watch these children grow,” concludes Aneez.