Many people working to clean the manholes are losing their lives due to the toxic gases present in our drainage systems. This is not something that we haven't heard of. People working in sewage are not aware of the risk of sudden ingress of toxic gases, which may cause serious health problems. To tackle this, a group of students from S A Engineering College has come up with a solution.

The proposed expert system, based on the Internet of Things (IoT) will help to take proactive and preventive actions to minimise the loss of lives in manholes. Karthikeyan P S, Javeed Basha S, Gajalakshmi M and Gayathrie P K have developed a system that will detect the gas toxicity and maintain a database to record the toxic gas level. Whenever the toxicity of the gases cross a threshold value, the system warns the authorities and also reduces the toxic gas intensity by sprinkling water as a preventive action.

"Nowadays, we see an increase in the number of deaths in the drains. It is mainly caused due to the inhalation of toxic gases present in the drainage system. While looking for a solution to this problem, we decided to introduce an alert-cum-prevention strategy and we came up with an IoT-based project that includes different types of programming like Raspberry Pi, sensors and Python," explains Karthikeyan, who is the team leader. 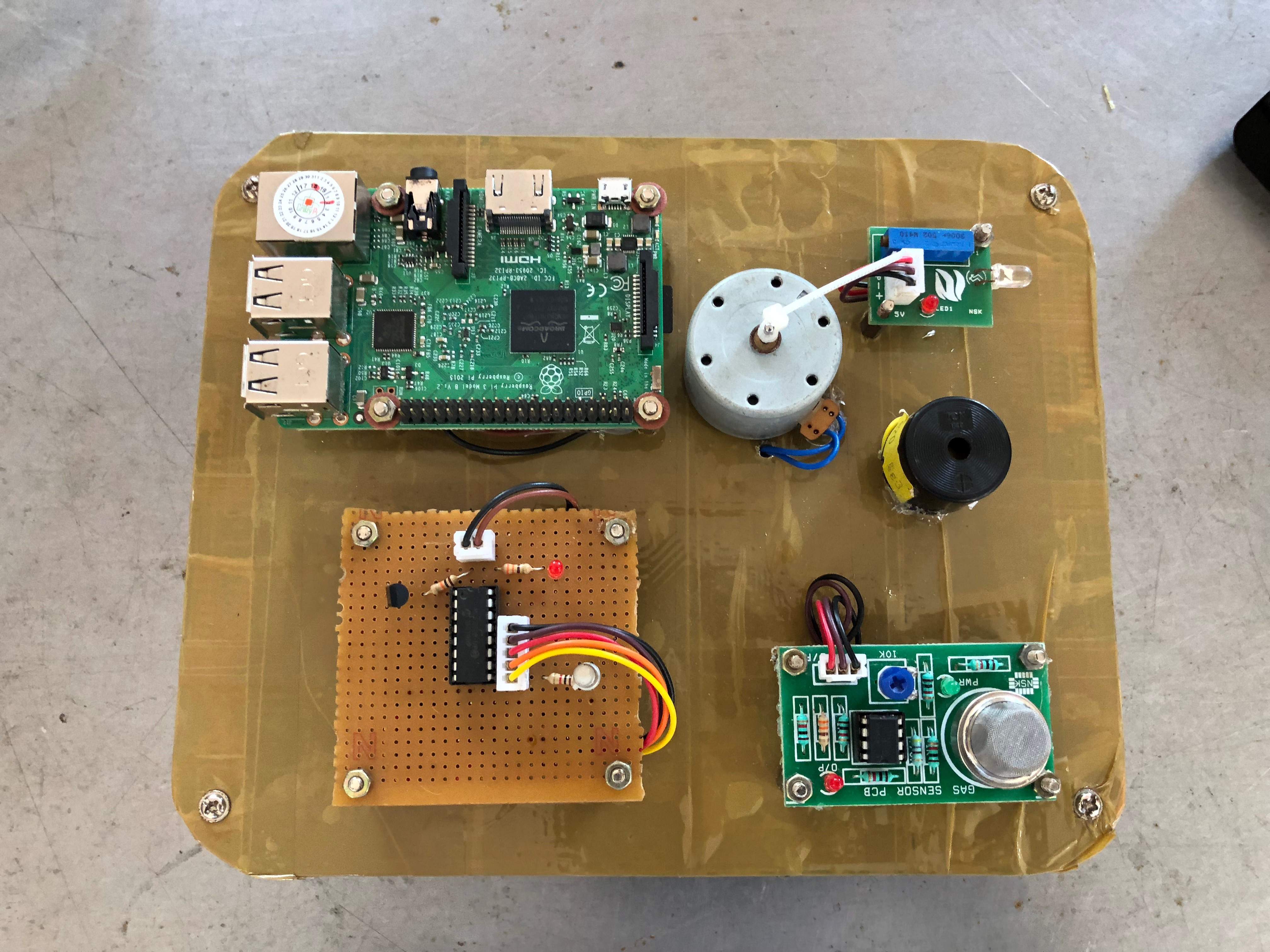 Cool gadget: The system does not need maintenance work, unlike other systems. But the sensors need to be changed once in four years

So, how does the system work? It monitors the environment in the drainage frequently and whenever the concentration of the toxic gases crosses a specified level, an alert message is sent to the prescribed authority. And what about the prevention? "This system is also incorporated into an equipment (chemical sprinkler/moto/suction pump) that has the capability to absorb the concentration of the toxic gases and therefore there will be no human intervention involved in clearing the toxic gases," says the 20-year-old, adding that the system also frequently updates the daily status in a database that can be used for future reference.

This system can be installed in all drainages — roadside, household, apartment and so on — especially in the case of hotels, where frequent drainage accidents occur

The system consists of a lightweight kit that can be fixed in the drainage. "Actually, the sensors used by this system consume more cost. In order to control the cost, we came up with a better idea. As this system covers up to ten meters, it is not possible to place a kit for every ten meters. Therefore, this kit can be placed in a central junction in the drainage like a four-way junction. Hence, it can cover ten metres for each side, giving (4 x 10) 40 metres coverage," he says.

Karthikeyan believes that cost was a major criterion that was considered for the real-time implementation of the project. The project can be implemented with an estimated cost of Rs 9,450 and this includes the cost of the sensors, RasPi, motor, suction pump and chemical sprinklers.