Giving musicals an Indian twist, this woman is bringing Broadway to Chennai in a first of its kind workshop

'Adi & Ashi’s Indian Adventure' is an English musical that unravels the culture of India through traditional songs, dance forms and drama

A full-fledged Indian Broadway musical isn’t something you hear about every day. But what if we told you that it’s happening in Chennai and you can be a part of it? Think we’re making it up? Well, it’s real! Inspired by some of the amazing productions on Broadway, singer and children’s writer, Shalini Singh is bringing some musical culture to Chennai with the Indian musical theatre workshop for children and young adults, aged between 5 and 20.

Adi & Ashi’s Indian Adventure, written by Shalini, is a true-blue New York Broadway-style musical that is completely set in India with Indian music and dance. But what inspired her to bring a Broadway musical to this city? “I’ve been a part of Broadway music since I was five. So, that was very deep-rooted in me and even though I have done over 5,000 film songs, I wanted to do more with music. But I never found anything here in Chennai that could provide regular training for the three basics of Broadway — singing, dancing and acting,” says Shalini.

With that in mind, along with her desire to give children a chance to perform on stage, Shalini started her own production house, Tinsel Rangi Productions. “Last year, I designed a Disney-themed Broadway show for another company that was entirely my concept. Suddenly, it dawned on me that I didn’t need to promote someone else, and I finally started my own production house this year. While I was researching, I stumbled upon the world of music and culture that we have in India, which most people might not even know about. They don’t know what’s happening in all directions of the country — North, South, East or West. This is my way of bringing India out of the shadows and displaying its culture, in all its vibrant colours, through children and people in general,” says Shalini, who has been involved in musicals like The Sound of Music and The Phantom of the Opera since a young age. 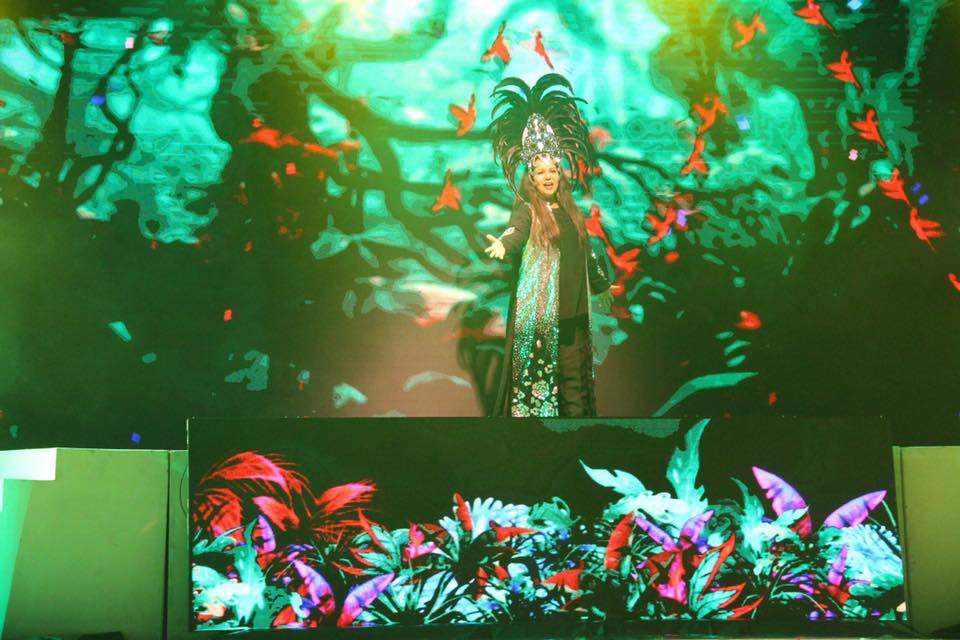 Music in my veins: It is the first ever of its kind in India and comes with jaw-dropping visuals

To make her own production stand out, Shalini had to do a lot of research and even watch several Broadway productions to learn from them. “Children are very attracted to Disney animations because they are very interesting and colourful, so why not create something for Indian kids which is based on and set completely in India. I’ve written some books for children based on two characters named Adi and Ashi, who love to travel to new places in their magical Hubble-Shuttle and discover, explore as well as have amazing adventures,” she tells us.

The content of the book revolves around promoting thinking and problem-solving in children. For instance, Adi and Ashi once needed to save a boy from drowning and the methods used to save him were simple, yet useful. Through this book, children will be able to learn how to protect and help another if they ever come across a similar situation, informs Shalini. “In the musical, we’ve covered ten states, so in the course of that, when Adi and Ashi land in a particular place, the elements of the place are brought to life through LED, holograms and projections. It gives the viewer a holistic feel of that place,” she adds.

“Children always surprise me; they are amazing and wonderful learners. They’re taught songs in different languages and they’ve learnt them pretty well. We are using traditional songs or old folk songs of each place. It’s nice to see that they are enjoying Indian music,” says Shalini, adding that every child gets to be a part of the workshop. But we believe that the best part is that it takes the audience on a musical and cultural journey through the colourful states of India. The workshop was started in September and now has around 80 children on board.