Nowshid Parammal's take on life is quite unusual. A non-residential-Indian who spent his childhood in Qatar and then a few years in Dubai building a career, it was quite surprising to many when he decided to settle in his hometown in Kannur and take up farming. It didn't stop at that. With the call of the rustic being so strong, Nowshid began learning the art of making traditional toys from an established artisan so that he could educate city kids, a thing or two about this beautiful art.

Nowshid who was in Kochi for a coco-leaf making workshop says the corporate lifestyle he was living in left him unsettled for many reasons. "Maybe it was the hectic life I was living. I am a graphic and ad designer by profession. My daily routine included waking up in the morning, heading straight for work, spending hours in traffic and then vice-versa. At the end of the day, money is rewarding and it helps you buy certain things, but that's all. I felt there is a bigger purpose in life and I was not fulfilling it," he said.
InitiallyNowshid started working as a designer in the advertising industry. "When I started out, I thought the secret of being successful is the ability to influence others. This is why I decided to start in advertising. But soon, I realised this was not my cup of tea because I could not accept the manipulation of human emotions involved with my job," he says. 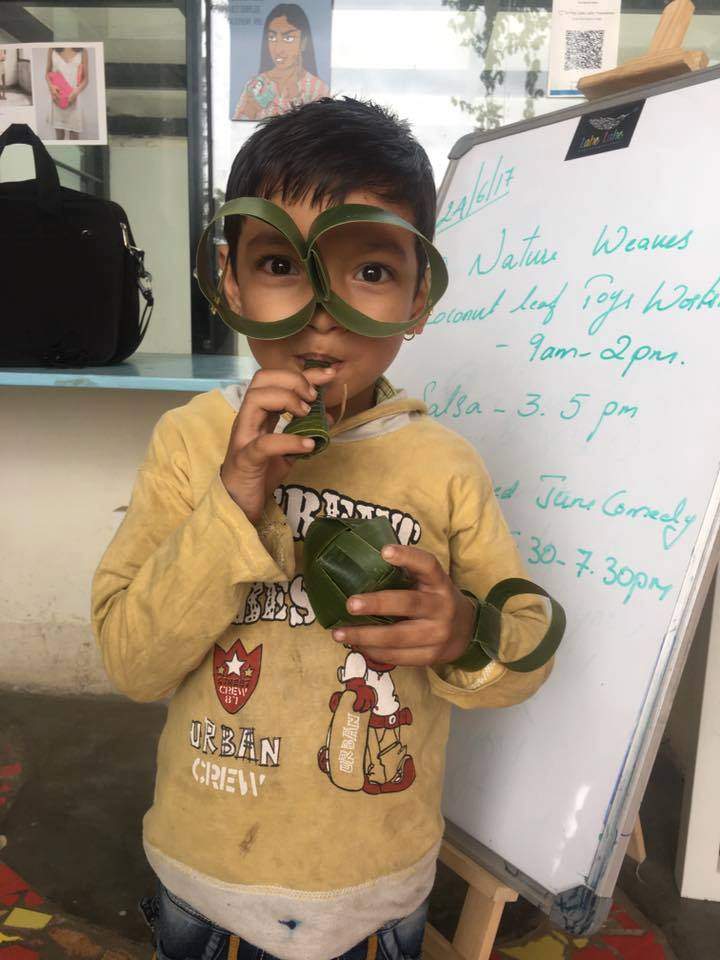 His quest to return to his village was from the realisation that many advancements, though good, were irreversibly affecting the environment. "I did a quick check on my lifestyle and felt I was contributing to many of the issues including my food habits," he said.

This is why he turned a farmer and purchased a few cows at his farm. "I wanted to sustain myself. I realised that a person who is self-sustainable cannot be manipulated. Most of the solutions to your life can be found and were found in the backyard of our very own homes, including good health care and also a better and deeper understanding of architecture and land. This is when I realised that children can make their own toys, instead of purchasing costly ones from shops," he said. Nowshid teaches children to make hats and baskets, whistles, fish, snakes, flowers, birds, grasshoppers among others. "I found that most of the attendees who participate in my workshop love the concept of learning traditional toy making, irrespective of the cities they are from. I fell in love with this art because of the deftness of the hand," he said.