Cooking with Kicha: Meet the 7-year-old kid from Kerala who got Ellen Degeneres to say puttu kutti on national television

7-yr-old Nihal Raj, Kicha as he is popularly known, started his cooking channel KichaTube. Next thing you know, he's got 19k followers and is invited to be on Ellen. How about that!

When a four-year-old offers to help his mother in the kitchen, one would assume that she would take a video of her kid baking and put it up on social media, telling the world how proud she is. But that's not what happened here. This was a case of ‘the kid tells his father that he wants to start a YouTube cooking channel’! The parents conceded to their son's wish and now, this little chef has made appearances on shows like The Ellen DeGeneres Show and Little Big Shots across three different continents.

When 7-year-old Nihal Raj, Kicha as he is popularly known, started his cooking channel KichaTube HD - Nihal Raj, his family couldn’t have foreseen that his videos would make him an overnight star. "Initially, when he told us that he wanted to make cooking videos, we didn't think he was serious. We thought that it was one of his silly ideas," says Kicha's mother, Ruby Rajagopal. Little wonder: When Kicha made an appearance on Little Big Shot UK

But, it is this silliness and cheery persona that has charmed audiences across the globe. What started off as a hobby while not studying, turned his life around when Facebook bought the rights to his Mickey Mouse Mango Ice Cream for $2,000. "It was the acquisition by Facebook that changed the course of events. Honestly, it was a surprise to us because they found the video after one and a half years. Till then it was seen just by our friends on social media," says Ruby. This was followed by an invitation from the makers of The Ellen Degeneres Show. "It was awesome. I was so happy when I got the invitation and was running around my house. It was my dream to go to the US," says a chirpy Kicha. Even his friends were excited about his appearance. "They congratulated me and told me that I was so lucky to meet Ellen," says Kicha, whose YouTube channel has close to 100 videos now.

About his appearance on Ellen, Ruby says that it was she who was more nervous than her son. "He hadn't rehearsed anything nor did he have a script. In fact, we met Ellen during the live show and I was nervous that he’d be tongue-tied, but thankfully, everything went smoothly and he impressed the audience," she says. On the show, he successfully made the simple Kerala dish puttu and successfully made her pronounce ‘puttu kutti’. "Ellen said that it tasted good and I was really excited," says the second-grader from Choice School, Kochi. 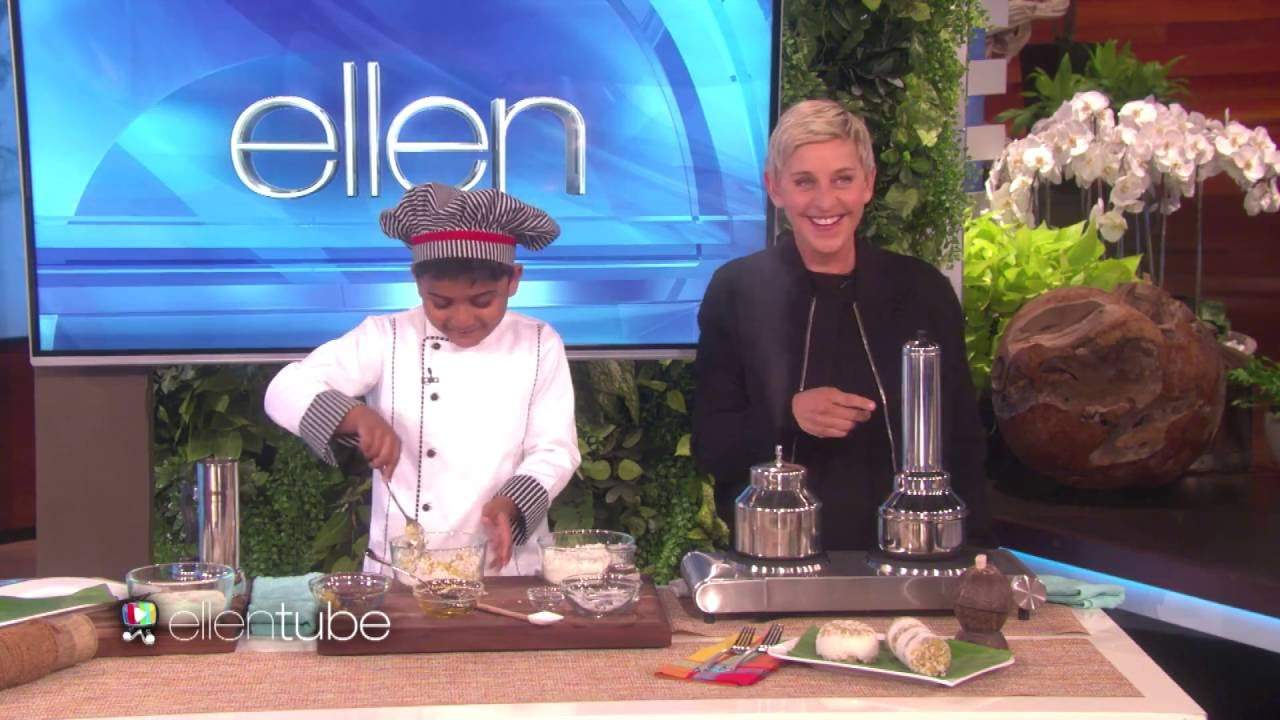 True story: He is also the youngest Indian to appear on Ellen’s show

Just as he was becoming popular on the internet as the youngest Indian to appear on Ellen’s show, more talk show invitations followed. Soon enough, he made appearances on Little Big Shot UK and Vietnam. True to his roots, coconut remains his key ingredient. While he made coconut ice cream for the UK edition of the show, he made a Vietnamese variety of a North Kerala dish, Che Choui, at the Vietnam edition. He is all set to bake a coconut cake at Little Big Shot USA this month. "I love coconut. Wherever I go, I will only make a coconut dish," quips Kicha, who has lofty dreams of becoming an ‘astronaut cook’ and hopes to be able to cook in space one day. "I want to invent an oven that will work in space and I wish to bake with my astronaut outfit on," says Kicha. 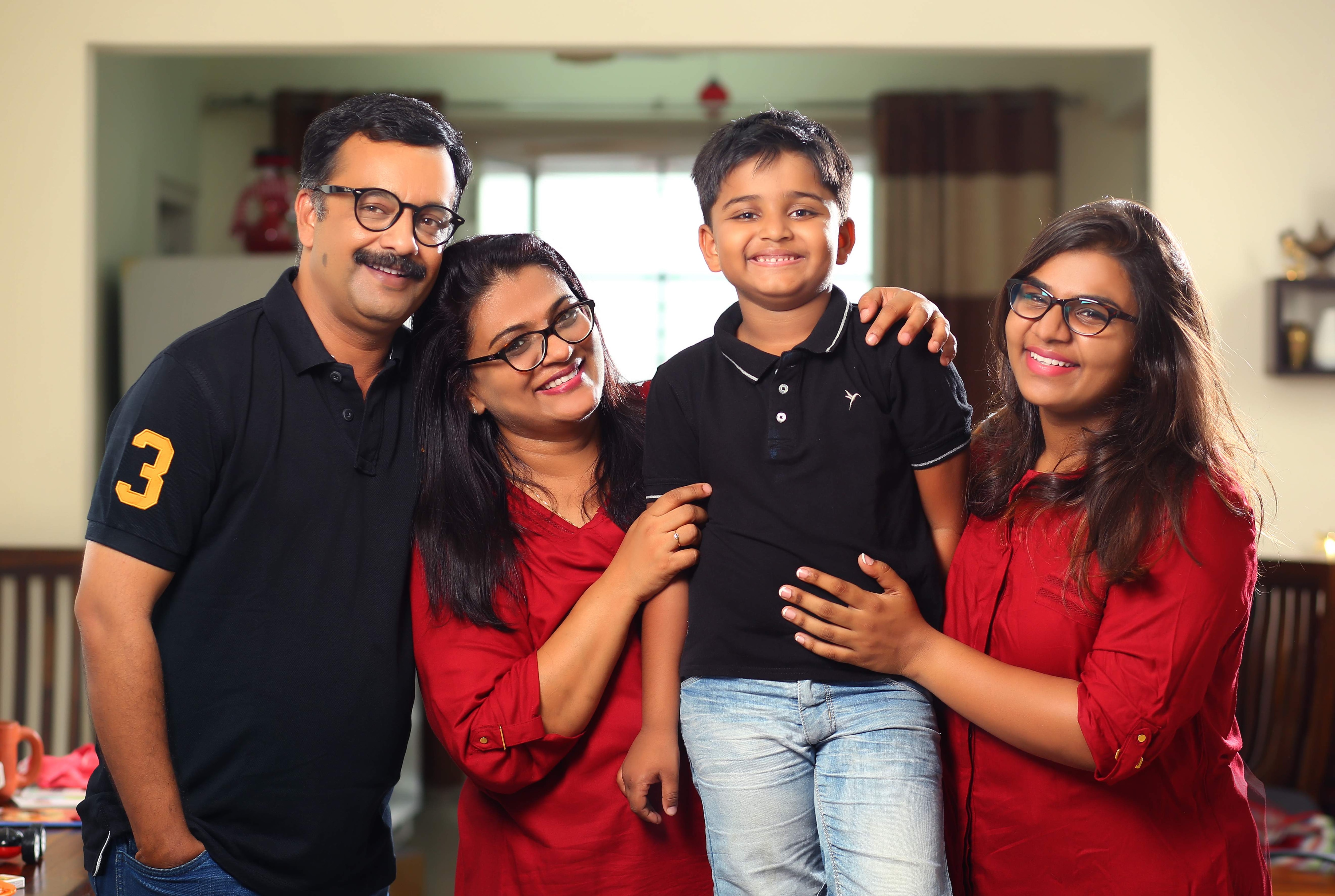 Setting standards: Kicha has donated half of the money from Facebook video rights to children with autism

As for his family, they aren't sure how long this passion for cooking will go on for, but they’ve decided to go with the flow. "He has been doing this regularly for over two years now and he makes it a point to shoot a video once or twice a week. What I have noticed in him is that once he starts cooking, his whole body language changes and he is too keen to cook. From that we know that he is serious and thoroughly enjoys it," says Ruby. For the family of four, it is a united effort. While the little star talks and sings in his videos, it is his father who is behind the camera, while his mother picks up recipes and his sister manages his online activities and travels.

Check out his video here-