From MCC to Koodankulam, Sophia Edward has broken a lot of ground. Now, she's fighting for her life and needs a liver transplant to live. Can you help?

Researcher and teacher Sophia Edward needs a liver transplant in a hurry. Mounting medical bills and scarcity of donors is making fighting for life an everyday battle

In March 2016, 41-year old Sophia Edward, a Chennai-based Scientist, was hit by a bout of back pain, Like any of us would, she visited the doctor and she was duly prescribed medicines. But the pain came back. So, doctors prescribed stronger medication but warned her to take the issue more seriously if the pain returned. And it did, for the third time. After a wide range of exhausting tests, Sophia was told she had liver cirrhosis and her liver was in extremely bad shape — bad enough to warrant a transplant. In India, only relatives are allowed to donate a part of their liver, but in Sophia's case all her relatives dropped out at the last minute, days before their medical exam. Her friends have come forward but the law will not allow it. She's the seventh on the liver transplant list for O positive blood group. With mounting expenditure every month as well, the days seem to be getting darker for the MCC alum-turned-teacher who also worked at Anna University.

Who is Sophia Edward?

From a very young age, Sophia has been a hard worker whether it was school or college. After completing her under-graduation in Chemistry from Chellamal College, Sophia went on to do her post-graduation and MPhil at the Madras Christian College — where she aced her exams and emerged the topper. She was then offered a PhD position after clearing the CSIR-SRF (Centre for Scientific Industrial Research- Senior Fellowship Fund) in the very first attempt. A feat not achieved by anyone else in the institute. 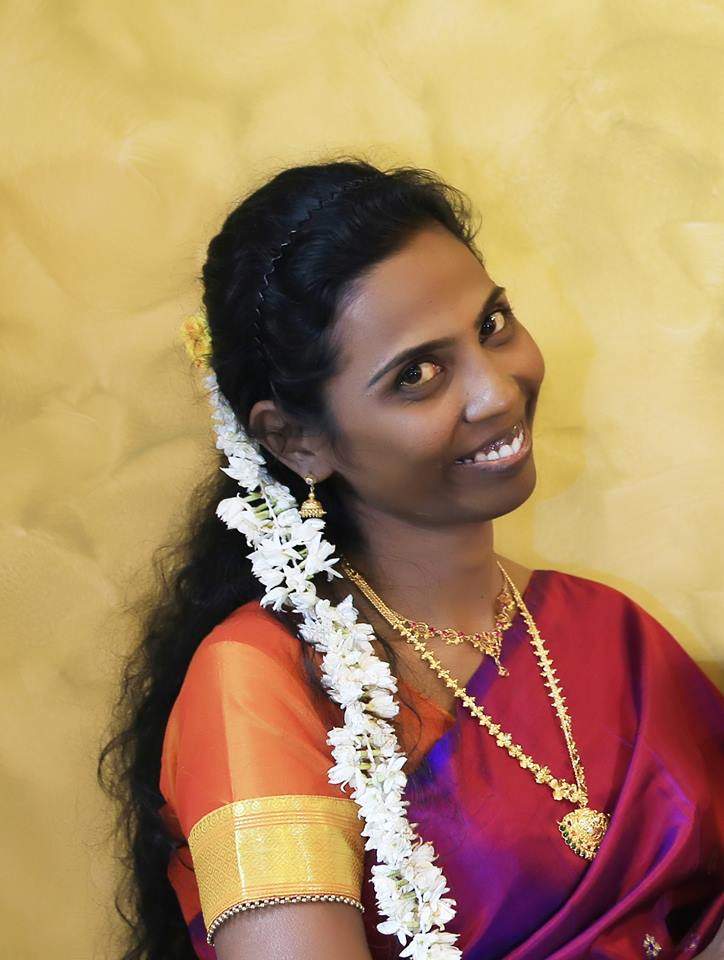 Top achiever: Sophia Edward has always been at the top of her class from UG to PhD

She completed her PhD in just about four years and immediately joined Anna University as a professor. After a chance meeting with an old MCC professor who asked her to teach at MCC, Sophia moved back to her alma mater and taught post-graduation students for two years. She was then offered a prestigious scientist position at the headquarters of the National Environmental Engineering Research Institute (NEERI) in Nagpur, a central institute under the Council of Scientific & Industrial Research (CSIR). After almost two years, Sophia returned to the Chennai branch of the Institute to tend to her ailing and aged parents.

At the institute, Sophia worked on notable projects such as the Koondakulam Nuclear Power Plant, various Indian Old Corporation projects and many others. She belongs to the team that does baseline checks and gives environmental clearances for projects and helps with solutions to issues that plague the environment — from noise pollution to climate change. In all these years that she has worked, she has bagged several awards (Young Scientist Award), scholarships and any paper that she has presented has always been in the spotlight.

In short, Sophia is all brilliance but today, she is bedridden.

After the kidney racket, the government has become extremely strict about who donates. But this has a negative impact on people who are in dire conditions and have friends who can help but are getting told that they can't

When she was still a student at MCC in 1998, Sophia developed a blister on her leg that became a wound, but repeated visits to the doctor didn't help. Finally, weeks later, some heavy antibiotics and vitamins helped cure it. However, the doctor asked her to check her haemoglobin levels. A few check-ups revealed that there was a small issue with her liver, "I had enquired then if I needed a liver transplant but the doctors assured me that the problem was only minor and that I could live till 80 with the liver that I had," she recalled.

The back-pain she suffered 18 years later proved otherwise. "Doctors said it could be because of immense stress and I definitely was under a lot of stress at work. They also said it could be because I had unknowingly exposed myself to some chemicals while teaching. But I've heard and learned that even something as simple as air fresheners or regular paracetamol intake can cause liver damage. This list is long," she explained.

It took a while for Sophia to decide to register for a transplant, "There are several tests that need to be done and they are extremely painful. For the first few months, I was just in complete shock. It was only in February that I finally registered." Several relatives came forward to help Sophia but every time the date of the medical exam began to near, the relatives always disappeared. "Many relatives were a match for me (to donate their liver lobes) but just when they had to come in for a medical appointment, they would come up with an excuse. They would either say their spouses didn't allow them or they would suddenly develop diabetes. So now, there is no one who is coming forward to help but we're still searching," she explained sardonically.

And so, Sophia is on the lookout for a cadaver liver. She has been number seven on the list for four months, her position hasn't changed even by one, which she terms very 'disheartening'. "Sometimes people wait for years and then die without ever finding a donor. It's a very pathetic situation," she affirmed dourly. 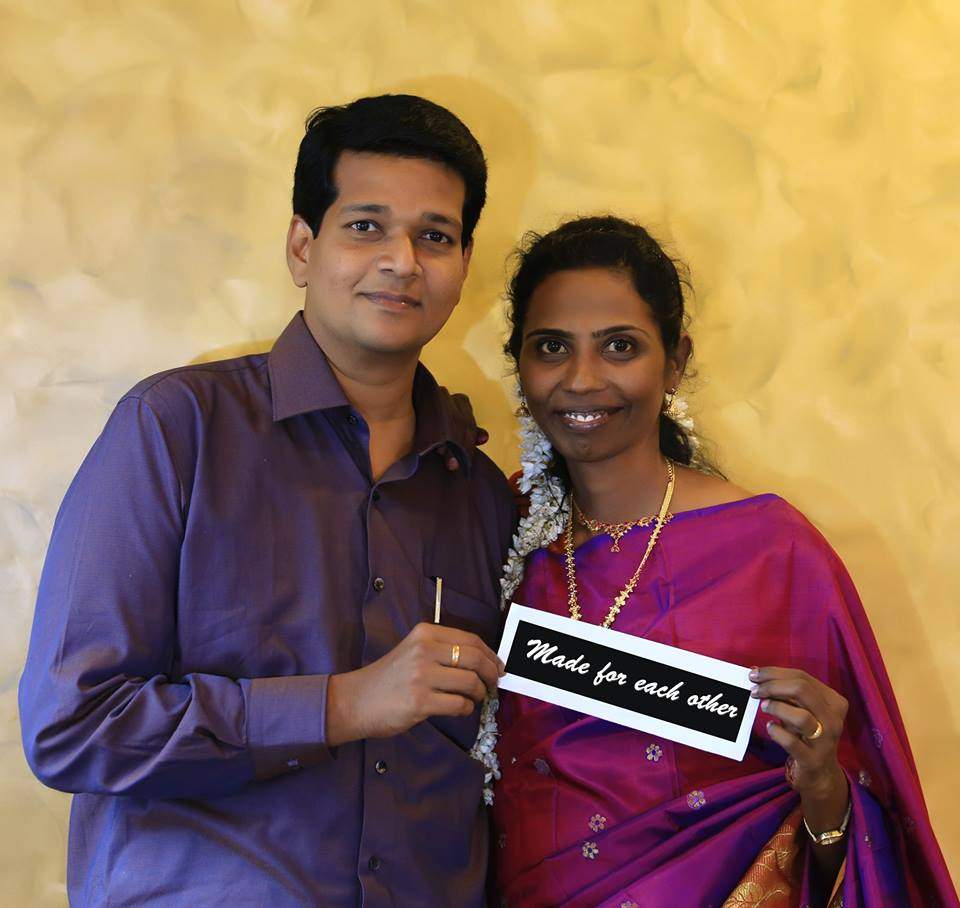 Many of Sophia's friends have come forward to help but it is no use, as the government strictly allows only relatives to donate. "After the kidney racket, the government has become extremely strict about who donates. But this has a negative impact on people who are in dire conditions and have friends who can help but are getting told that they can't," Sophia said. Sophia's health is steadily deteriorating and she's almost completely bedridden. At least twice a month, she is rushed to the emergency room and almost every month, she and her husband are forced to spend up to a lakh.

A government job and yet no help

Sophia is a Central government employee but is unable to access any help. "I'm eligible for assistance under the Central Government Health Scheme but there is a never-ending list of forms that I have to fill. And each time I am expected to go personally to the office to apply because they want to ensure that I'm genuinely sick. Most times I'm bedridden, there's no way I can physically go each time," she said. Even if the CGHS did provide any money, it would cover 3 to 5 percent of the money Sophia actually spends, "Just the cab charge to and from the office is almost a 1000 rupees. So instead of spending money on the cab, I might as well not apply for it because anyway I'll be getting the same amount of money I spend on cabs."

She can also apply for some financial support from her company, which could reimburse her for 20 percent of the costs. "I'm supposed to write a letter and provide proof of my illness by getting certified by a government doctor. I applied months ago but haven't received a response yet,' she explained. So far, Sophia has been receiving her monthly salary because she's been on medical leave but her leave is quickly running out. She'll soon be on loss of pay.

"I'm eligible for assistance under the Central Government Health Scheme but there is a never-ending list of forms that I have to fill. And each time I am expected to go personally to the office to apply because they want to ensure that I'm genuinely sick. Most times I'm bedridden, there's no way I can physically go each time," she said.

Sophia's husband works at a private company and her aged parents live with them. They have no other help. "For a middle class family, spending close to a lakh every month is not easy at all. My parents need help too," she said. The overall expected expenditure is 50 lakh rupees and the couple has no idea as to how they are going to manage the money. Friends are helping them with regular expenses but in the long run — they have little hope of making it. Finally, they finally decided to start a fundraiser on Impactguru. The transplant alone is going to cost them 27 lakhs. But that is if the transplant does happen.

"I would really request the Tamil Nadu government to relax the rules for donation. If friends are offering to help, they should be allowed to. I know that people abuse the law but the government could appoint a vigilance team to check the history of the relationship of the friends," Sophia said. She suggested that the hospital has a checklist of maybe ten things to determine the relationship between the donor and the recipient, "Maybe they could trace childhood photos or conduct a police enquiry. If they did come up with such a system then it could save thousands of lives," she reasoned. The government should at leastput more effort into creating awareness about organ donation, Sophia felt, "One person can save eight lives. If people were more open to organ donation then people could have a second chance at life."