Paraplegic Limca Record holder from Delhi to travel 3,500 KM in six days for a second attempt

During the journey, Paul, whose life changed after a road accident in 2012 will raise awareness about troubles faced by specially-abled people in public places through his campaign "Accessible India"

A 29-year-old Delhi-based man who is paralysed from the chest below will brave six days of travel, from the snowy caps of Arunachal Pradesh to the land of Dhoklas on a mission to raise awareness for paraplegic travellers. The initiative is both an awareness campaign as well as a bid to enter the Limca Book of Records.

This isn't the first time for Eric Paul, who entered the record book twice last year after driving from Leh to Kanyakumari (nearly 4,000 km) and completing the Golden Quadrilateral (6,000 km) in record time in his customised hatchback with hand controls. Delhi-based Eric Paul aims to drive from Arunachal Pradesh's Tezu to Gujarat's Koteshwar, covering over 3,500 km in six days (144 hours) in a bid to enter the Limca Book of Records. 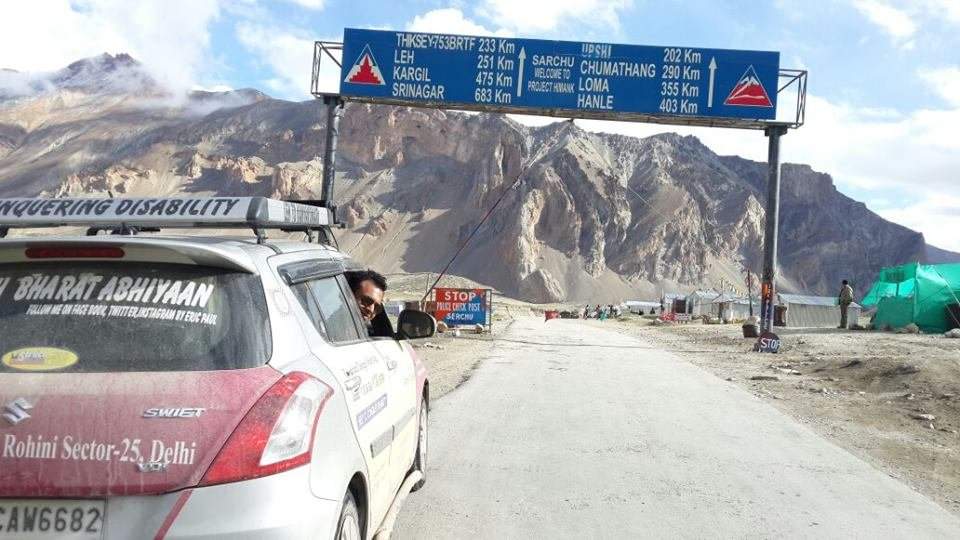 Zoom Far: Union minister Rajnath Singh met Paul at his official residence and flagged off the campaign. Paul left for Tezu from where he will start his drive on November 28 to reach Koteshwar on December 3 | Facebook

"During this excursion, I'll be educating people to contribute towards making India 'Accessible India' by setting up ramps, contribute in donating specially-designed gadgets, props, helping in audio-video aids and being more supportive and helpful to people with special needs," he said.

A keen follower of Prime Minister Narendra Modi's 'Swachh Bharat Abhiyan', he has campaigned for cleanliness during his two expeditions across the country. Paul said his physiotherapist, Pradeep Kumar, will accompany him on the journey.