From being judged for being a woman firefighter to inspiring many girls to join the National Fire Service College (NFSC), she has come a long way. Hang on, because the journey has just started

It's another win — because, for the first time, the Mumbai Fire Brigade has issued appointments to 97 women firefighters.

On the occasion of another gender barrier being shattered, we bring you the story of the first woman firefighter of the country who gave inspiration to many, which has clearly shown its bright colours.

Here's the story of Harshini Kanhekar Urankar, who herself is a ball of fire.

When 23-year-old Harshini Kanhekar Urankar walked into the National Fire Service College (NFSC) in Nagpur, known for its reputation as being the only fire engineering college in the whole of Southeast Asia, little did she know that she was walking into the pages of history — that after three and a half years of arduous training, she would become the country's first woman firefighter.

Becoming a firefighter wasn't my dream. I enrolled at NFSC just because they had a uniform says the now 35-year-old, sheepishly. My father and I had gone to apply for admission to the college. People thought we had mistakenly entered the campus. One of the officers had even asked me to join the army or navy instead and this angered me. That made me adamant to pursue only this course

It was NFSC that brought out the fire in her. Being the only girl in the entire college, she says that she was under constant watch. "It was easy and hard at the same time. On one hand, you had to put double the effort to be treated equally and on the other hand, being the only girl, the respect and attention that I received was overwhelming," she says.

She was exempted from the school's residential facility. Her ground teachers did not treat her any different from her peers. "They never saw me as just a girl. I was given the same amount of work just like everybody else and this helped me stay focused despite all the attention that I was inviting," adds Harshini. 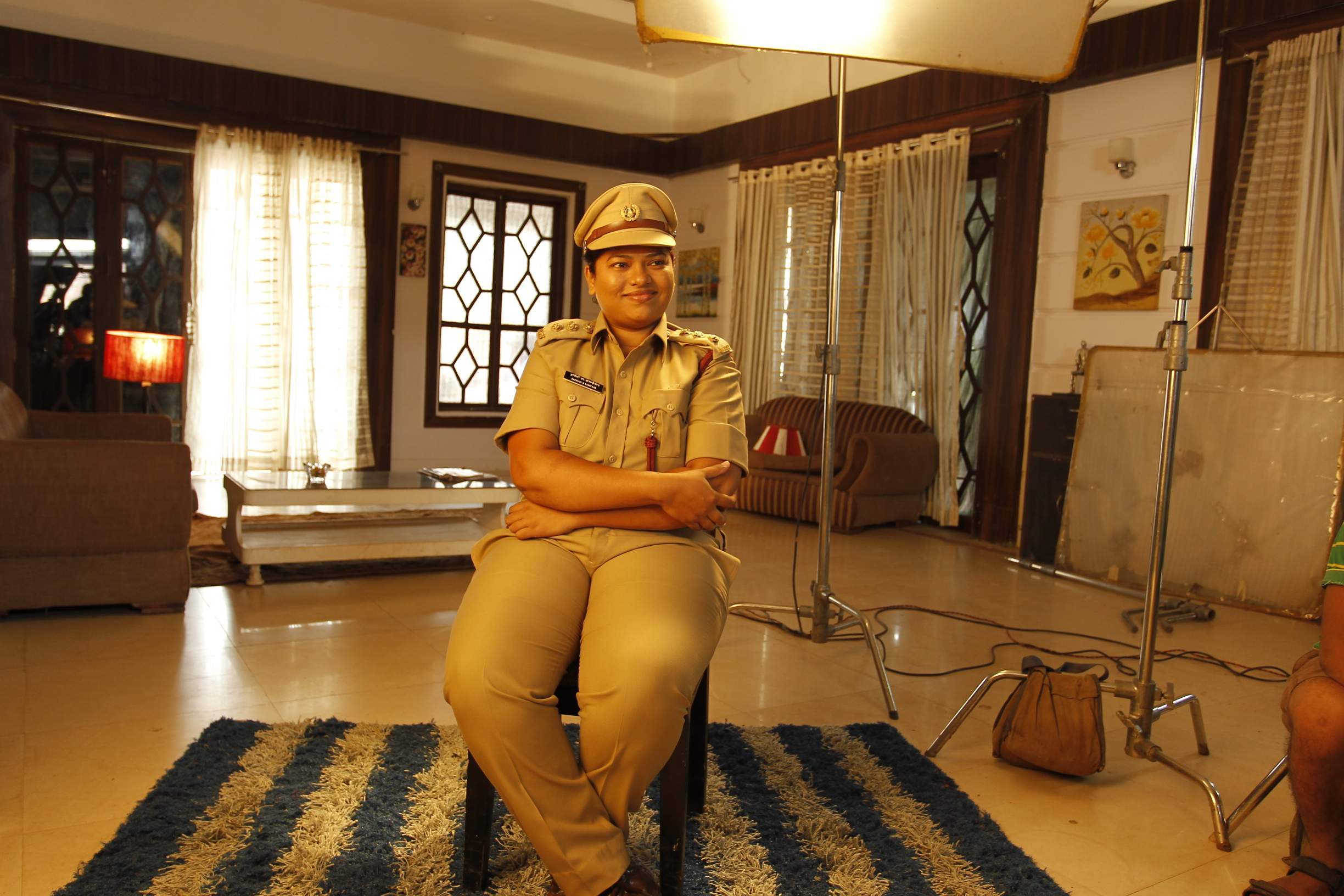 An avid biker, she owns a Bajaj Avenger. She is married to her best friend, and the two of them have toured India and are planning a bike trip to Thailand next

As much as she loved wearing three different sets of uniform each day, she says that the practice was tiring. "We would start our drill early in the morning. At times, we had to carry heavy water hoses and suction hoses. Since it was a demanding task for men themselves, I used to practice the drills beforehand so that they wouldn't look down upon me. I insisted that they don’t generalise girls that way," says the resilient firefighter.

However, being the only female firefighter isn’t as rosy as one might assume. "Once when I was in Delhi, people were surprised to hear that a woman could douse a fire. I’ve been laughed at several times. Such instances keep happening, but I try to stay focused," she says.

Any course is applicable to anyone without a gender barrier and fire engineering is one such course. After my graduation, there has been a surge in the number of girls taking up this course. More fire engineering institute must come up and there will surely be demand for the course as well. Even in banks, they now have a fire officer post

NFSC has since seen a spike in the number of girls taking up the course, a stereotype that Harshini helped to break. "I am happy to see more women coming forward to take up this course. This is a message to the world that no job can be defined by gender," she says.

Since 2006, Harshini has been working with the ONGC. Currently, she is posted with the company's Mumbai offshore drilling service as the Deputy Manager of Fire Service. In August 2017, Harshini was named a runner-up for the NITI Aayog's Women Transforming India award that recognised her courage to break the barriers of gender stereotyping.