Meet Saleha Khan, a 17-year-old who convinces parents in Mumbai slums to send their girls to school

Saleha has been at the forefront of a unique child-led campaign, WASH4Life, where she has strongly advocated for the resolution of water and sanitation issues in her community

Living in the slums of Govandi, a suburban neighbourhood in eastern Mumbai, Saleha Khan is setting an example for other girls in her community. She is one of the many youngsters of the community who is determined to act as a catalyst for social change, one step at a time. She almost dropped out of school after finishing her class X exams due to financial constraints and restrictions in her community, but that didn't stop her from helping others.

Not one to be discouraged by a challenge, Saleha found support in the NGO, Save the Children, who helped her pursue her dream to study. "People from the NGO supported me a lot. They convinced my father to let me study further. The only concern my father had was that the area in which we were living was not safe for girls, but that doesn't mean that we (girls) should stop stepping out of the house," says the 17-year-old, boldly.

Many times, it had become difficult for the girls to handle roadside eve-teasing, so their parents preferred not to send their children to school and college after a certain age. But this didn't sit well with Saleha. So, she, along with others from the NGO, started educating parents to not to stop their girls from attending school. However, her journey of convincing parents hasn't been a walk in the park. Saleha was mostly shooed away by many and was even scolded by her own parents. 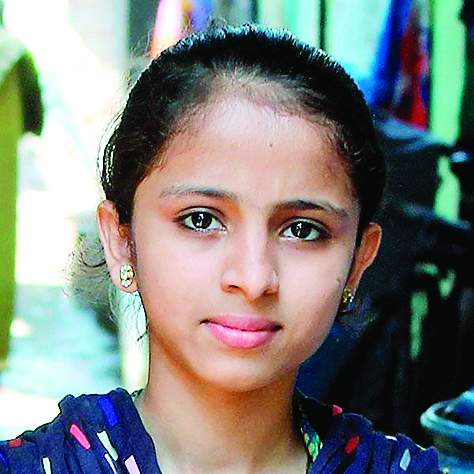 Saleha Khan is now an inspiration to many girls in her community, girls who are now taking brave strides to follow her footsteps. It has been three years since Saleha first involved herself in social activities

Not only this, Saleha also conducted sessions that spread awareness about menstruation and the taboos associated with it, as the people in her community weren't aware of menstrual hygiene. “My father did not speak to me for days when I went against his wishes and conducted training sessions on menstrual health and hygiene. I tried convincing him many times, but he would not budge and said that such meetings are useless,” she recalls, sadly. But thankfully, she began to receive support from her mother who stood by her to fight for every cause.

After all the hard work, Saleha is now an inspiration to many girls in her community, girls who are now taking brave strides to follow her footsteps. It has been three years since Saleha first involved herself in social activities.

Currently, she is an advocate for children’s rights, health and nutrition, and sanitation. “In all these years, I've grown and trained very well. I conduct sessions about education, cleanliness and menstruation in my neighbourhood,” she adds. Saleha is the recipient of the prestigious Savitribai Phule Award for her contribution to various community welfare activities. "When people came to know that I won this award, many parents allowed their daughters to join me and contribute something to the society," she says, happily.