Maneesha Panicker speaks about her love for slow tourism and establishing Kayal, a dream island location for tourists from across the world

If you have been held hostage by a sense of wanderlust, Maneesha Panicker has the perfect solution for you. With her ears alert for the sounds of the sea and eyes glinting with a love for adventure, this expert traveller can get you your fix right here in Kochi. Having completed her Master's degree in the United States, she landed herself the perfect job as an engineer in New York City. But for Maneesha, the temporary highs amongst the high-rise buildings weren't enough.

"I grew up in India and our family travelled around a lot," she explains. "My father was involved in politics and we would meet tribal people and participate in their customs and festivals. I wanted to recreate that on a larger scale." In 2008, while she was still working in New York, Maneesha led her first tour through Marari Beach, Fort Kochi and Kumarakom that lasted over 9 days. The small experiment led to her rediscovering her love for travel and a new-found sense of love towards Kerala. This is how she developed a love for slow travel that she wanted to share with the world. Deeper still: Tourists are encouraged to immerse themselves into local culture and traditions

"The idea is to go deeper into the destination," she affirms, between charming anecdotes about meeting Lisa Ray and being featured on National Geographic's World Destinations List. "I want to encourage people to trade some banter with the local people or learn to cook a traditional dish. When people leave, I want them to take a piece of the place and use it in their every day lives." Maneesha set up Silk Route Escapes in 2010 to transform the concept into a reality.

Initially, the company was established in the United States, but as the business grew she started working out of her house in Panampilly Nagar. When a friend hinted about a property in the backwaters of Edakochi, Maneesha was struck with a wild idea. "I wanted to move our office there, away from the hustle and bustle of the city," she remembers. With the advice from business associates, she decided to establish a resort of her own in the island and named it Kayal. 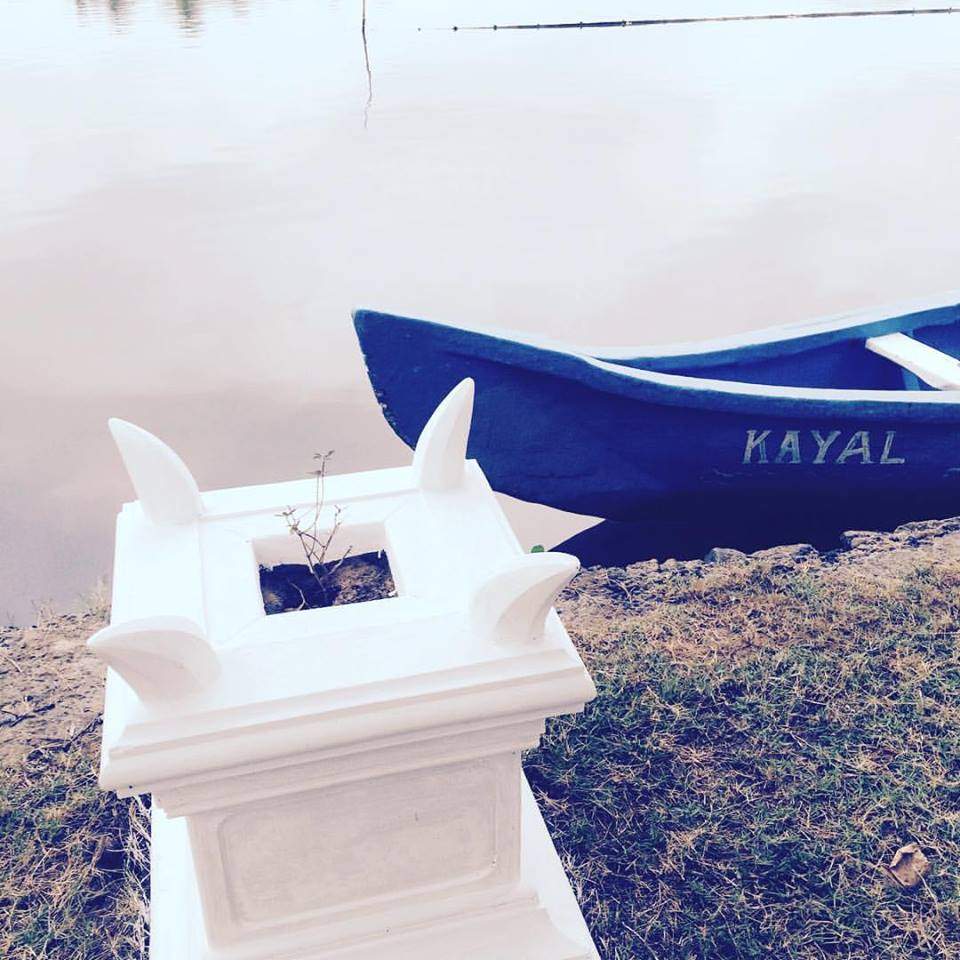 Desert island kicks: Kayal is located on a discreet island called Eramalloor in the Cochin

It wasn't long before peace-seeking tourists began booking her off the charts. Maneesha explains, "People really loved the idea of a place away from all the noise. Kayal is just that. Even the small number of people who already lived here, go about minding their own business and performing everyday activities like fishing." People from across the world embraced the idea behind Kayal, most of them responding to the idea of going back to the basics.

For anyone, struck with the calling of wanderlust, Maneesha Panicker has just the solution for you. But before you pack your bags and book the tickets, remember to take a breather. Silk Routes escapes is about taking the scenic route in life and for anyone hoping to travel with them, it would be advisable to take things a little slow. Maneesha stands to look at the water that lays sprawled before her, one long, all-encompassing stare.