If you haven't heard Kerala's Orfeo Quintet's cover of Padakali, check this out NOW!

You may have heard of the Orfeo Quintet's rendition of Padakali, But there's a whole lot more to their brand of western classical fusion that goes into Indian covers. This is their story

How can you tell when you've fallen in love with a quintet? You watch with barely contained joy as they bicker over shared cups of tea and wonder if they could ever separate themselves from their music. The truth is that they probably couldn't. It was clear the moment their jamming session was interrupted, buried beneath sheets of music and instruments of every shape, an interview was the last thing they wanted.

“These instruments are our first wives,” says Francis Xavier, a violinist, as the others in Orfeo laugh and nod in agreement. He continues, "We've been playing music for so many years and we've worked with these instruments since we were children." The love affair began in 2005 when Carol George, another violonist, formed a string quartet in the National Academy of Music along with another band member, Chandlu and two other friends. Robin Thomas, a pianist, who also taught there at the time, was impressed with their talents and they decided to do something together. They would get together for informal sessions and practise late into the night. 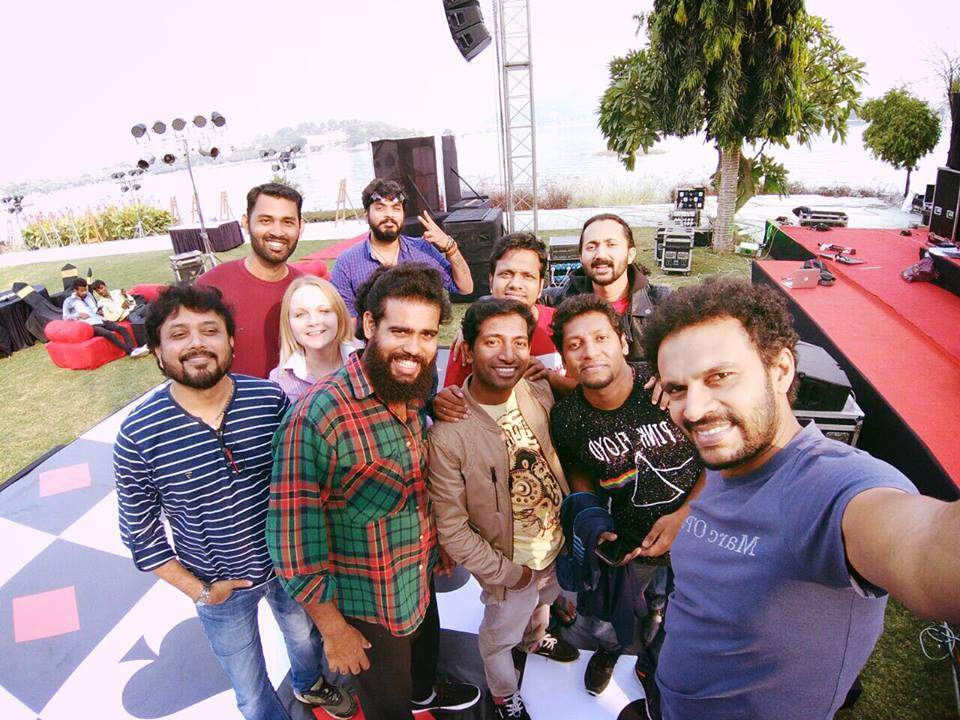 String ring: The band has been on tour starting with Rajasthan, since November 17

Although they went their separate ways, music brought them back together. "Somehow, we've always played together; the relationship was always there," explains Harald Antony in between light, rhythmic playing of his viola. Harald and Francis had worked with Carol on various projects including A R Rahman's composition of Zariya on MTV's Coke Studio. After joint efforts, the team was completed with the addition of a percussionist, Binoy Joseph Kurisingal and drummer, Benhar Thomas. Maria Grigoreva, a Russian national and a cellist, who worked with Francis at the Shillong Chamber Choir, tagged along in the hope that she could do some sightseeing and also be a part of what Benhar describes as their 'music family'.

This is how Orfeo was born, brought together by the unquenchable frenzy for music. "We wanted to show this side of music that we don't get to see in India by merging Western and Indian music," says Francis. The reputed composer, Rex Isaacs writes sheets for them and sends it from wherever he is. Initially, they covered songs like Rahman's Veerapandi and Michael Jackson's Smooth Criminal. But their moment of recognition came when they performed Padakali, a song composed by A R Rahman for the film Yodha.

Viral voice: The band members have worked together a number of times before the band was established

"There is some nostalgia attached to this song that really captured people's attention," says Carol. "It is actually the type of song that no one would attempt because it is all about the technique and musical tongue twisters which are not easy to perform on a violin. It is not as easy as it looks," adds Francis, "But everything about it from Mohanlal and Jagathy's iconic fight scene to it being Rahman's first Malayalam venture really made it so special for us and the people who have supported us."

Yes, people naturally fell in love with Padakali. "Just half an hour after we uploaded it on Facebook, the number of views had crossed 50,000, by the next morning it was over 2 lakh views. The song was everywhere by that week," says Benhar. Incidentally, the song was released on the 25th anniversary of the film's release. The song has currently crossed over 439k views since. The band was even invited to the Asianet Comedy Awards to perform 'A Tribute to Jagathy'. "There were people doing covers of our cover by the end of it!" laughs Harald.

And what is the significance of the name Orfeo? "In Greek mythology, Orpheus, a chief among poets and musicians, travels to the underworld through the power of his mournful music in an attempt to bring his dead wife back to life," explains Maria. "It is about the power of music," she says and the room falls silent. No, they couldn't possibly separate themselves from their music; this is one love that has the will to survive.