Loved the FIFA wall at the Kochi football stadium? Meet the gang behind it — the Eunoians

FIFA, WWF and UNDP, to name a few, are some of their clients. This creative studio from Kochi has a different story to tell about their luck. Akshaya Asokan finds out more

This October, Kochi saw football fanatics shout and scream at top of their lungs in support of their favorite international soccer teams; their excitement was completely understandable as it was the first time that the FIFA Under-17 World Cup chose Kochi as one of its venues.

However, two men wanted to take their love for the game to the next level; they wanted to assist the organisers by signing up as volunteers. But, their luck favoured their other love - creative designing. Azeem Kattali, Co-Founder of Eunoians Creative Studio, which is an animation company consisting of illustrators, designers, animators in Kochi and his close friend and scriptwriter at the company, Harikrishnan R Kartha, walked in on the last day of the FIFA interview, thinking the worst. "Forget getting to do something apart from volunteering, we didn't even think that we would make the cut as FIFA's volunteers as it involves a lengthy process," says Azeem. 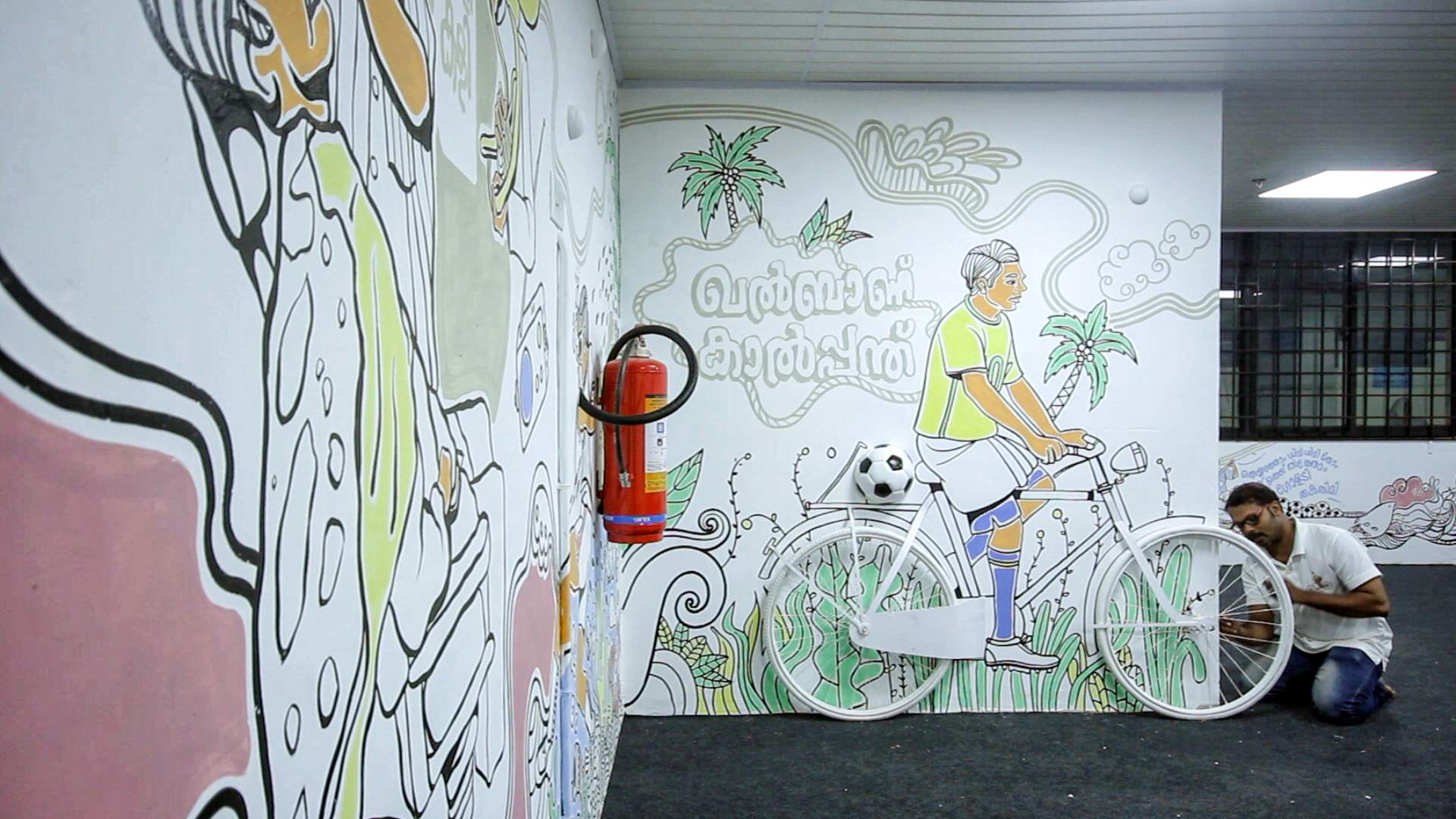 Wall to inspire: Eunoians with its team of 20 artists took three consecutive days to complete the wall at Jawaharlal Nehru Stadium in Kochi

As their interview unfolded, FIFA's Kochi Volunteer Coordinator offered them the opportunity to do something creative with a bare wall where more than 250 volunteers were to gather. "She was just suggesting a possibility and being designers, we couldn't resist the opportunity," says Harikrishanan. And what was this irresistible opportunity? They were tasked with bringing a boring and dull wall to life, something that would inspire scores of FIFA volunteers while on duty.

However, the challenge was to complete the task within three days and the duo was well aware of the magnitude of the opportunity, "It was clearly a once-in-a-lifetime opportunity and it was certainly not going to come back to us, so we decided to push ourselves and do the best we could," Azeem says. Following this, Eunoians, along with their 20-member crew worked nonstop for three consecutive days to finish their task, "We worked day-in and day-out for three days with utmost dedication. For most of us who are digital artists, picking up a brush and palette was a nostalgic moment and we felt an instant connection with the art," says Azeem, as he talks about the experience, adding, "Initially, we wanted to paint just two walls, but once we started, our thought process became free-flowing and we decided to cover the entire room.” 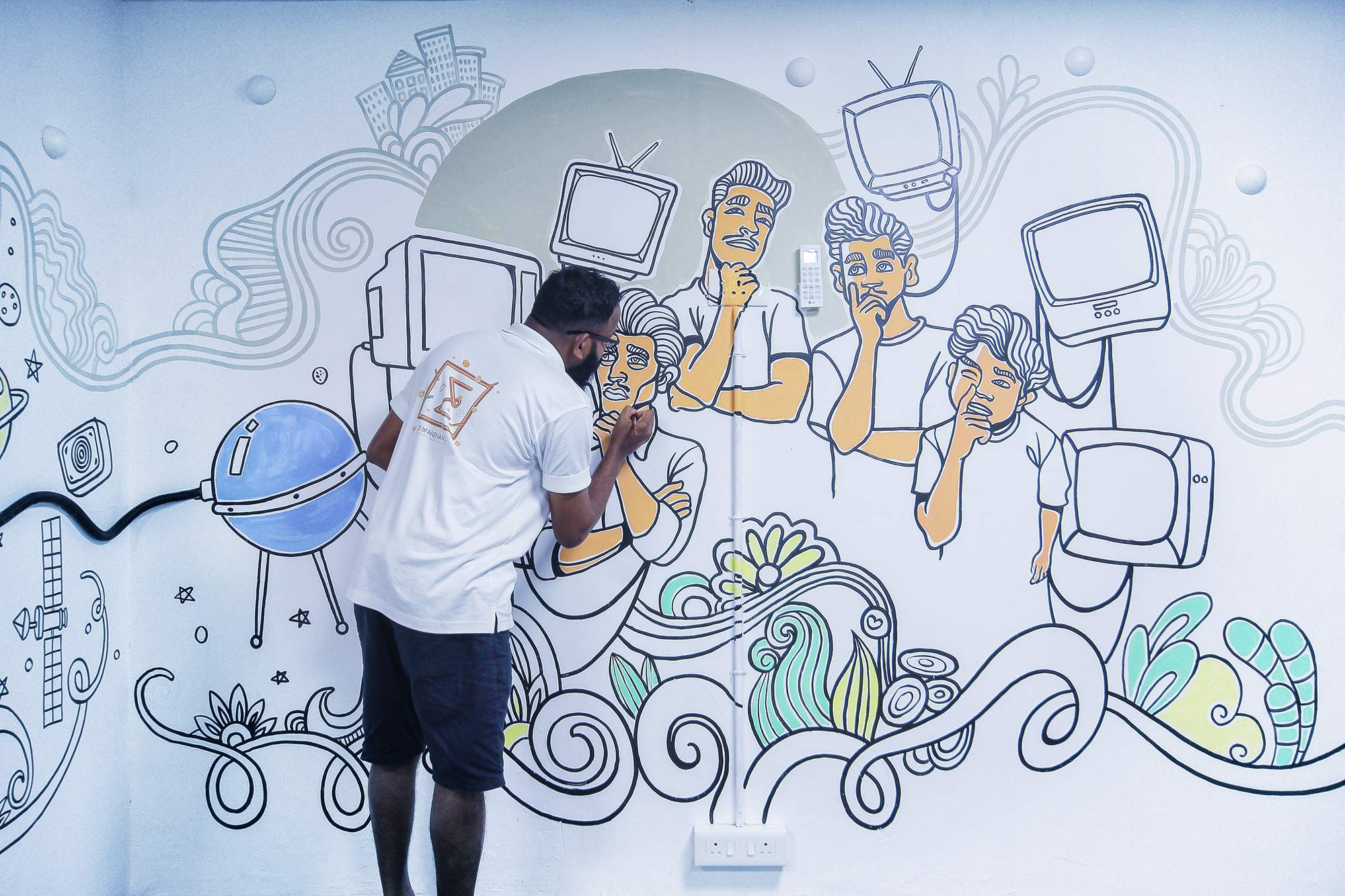 Sundry loves: The predominant theme of the wall-art was football's ubiquity in Kerala. Like the Sun that's essential for life on Earth, football was equated to that of the Sun

The underlying concept of the mural is 'football connect us all'. "For both Azeem and I, who hail from different parts of Kerala, despite us belonging to different religions and having different political inclinations, we realised that our shared loved for football is what connected us. Our best memories are from football grounds that we played at as children," says Harikrishnan, when asked about the inspiration behind the art. One of the key highlights is their representation of a football as the Sun, "Like how the Sun is important for life on Earth, in Kerala, football is synonymous with the Sun. It connects us all," he adds.

Much like their group's name, Eunoians strive to be different in everything that they do. "When we started the company in 2013, the only thing that we were particular about was to create quality content that could appeal to anyone sitting anywhere in the world," Azeem says, adding, "More than being known as an Indian company, we want to transcend borders with our work.” 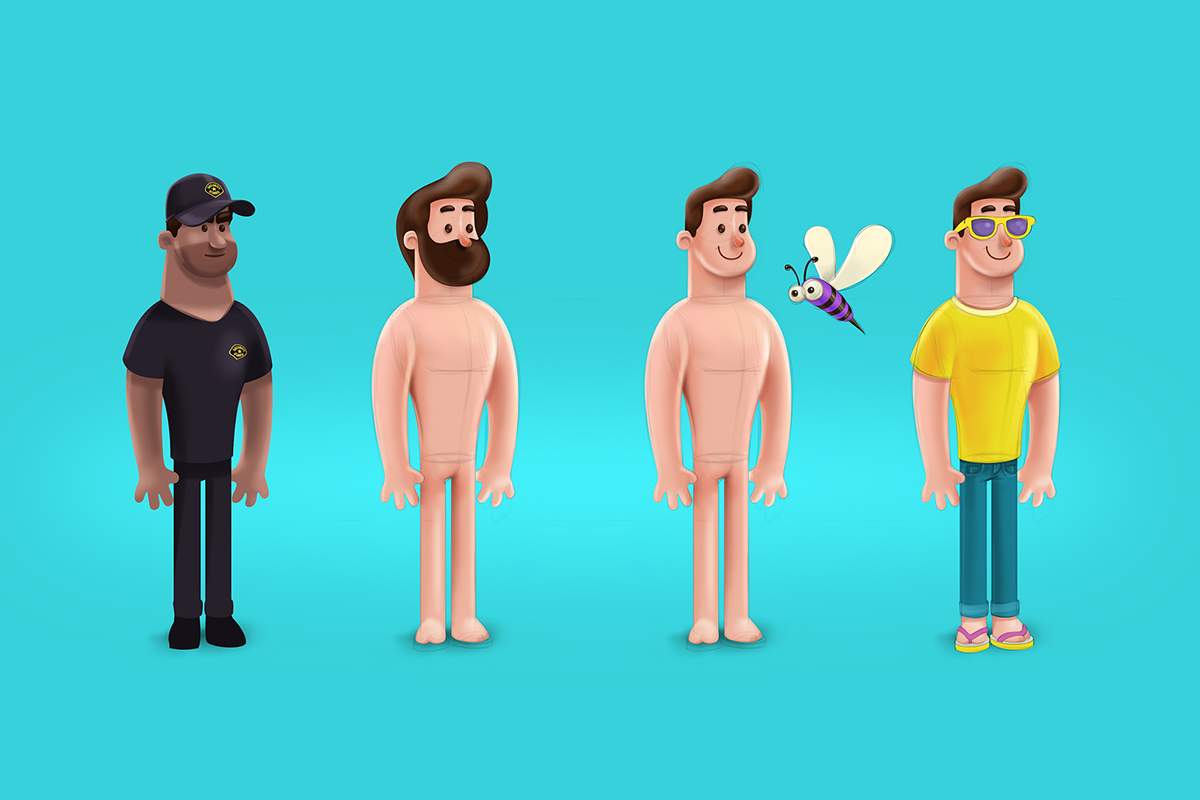 Creative buzz: The sketch for their explanatory video for a local online shopping network

Their clientele includes World Wildlife Fund (WWF) and United Nations Development Programme (UNDP). It was their first video, a prelude to the 2014 parliamentary election, that caught others’ attention. In 2016, impressed with their work, WWF's Delhi office contacted them to take up a small project. "We were asked to do a series on human-animal conflicts," Azeem says, giving us a brief about the project. The ten-part series is ongoing and currently, they are working on a human-elephant conflict explanatory video. As for UNDP, in collaboration with The Logical Indian, an online news portal, Eunoians did their introductory video. 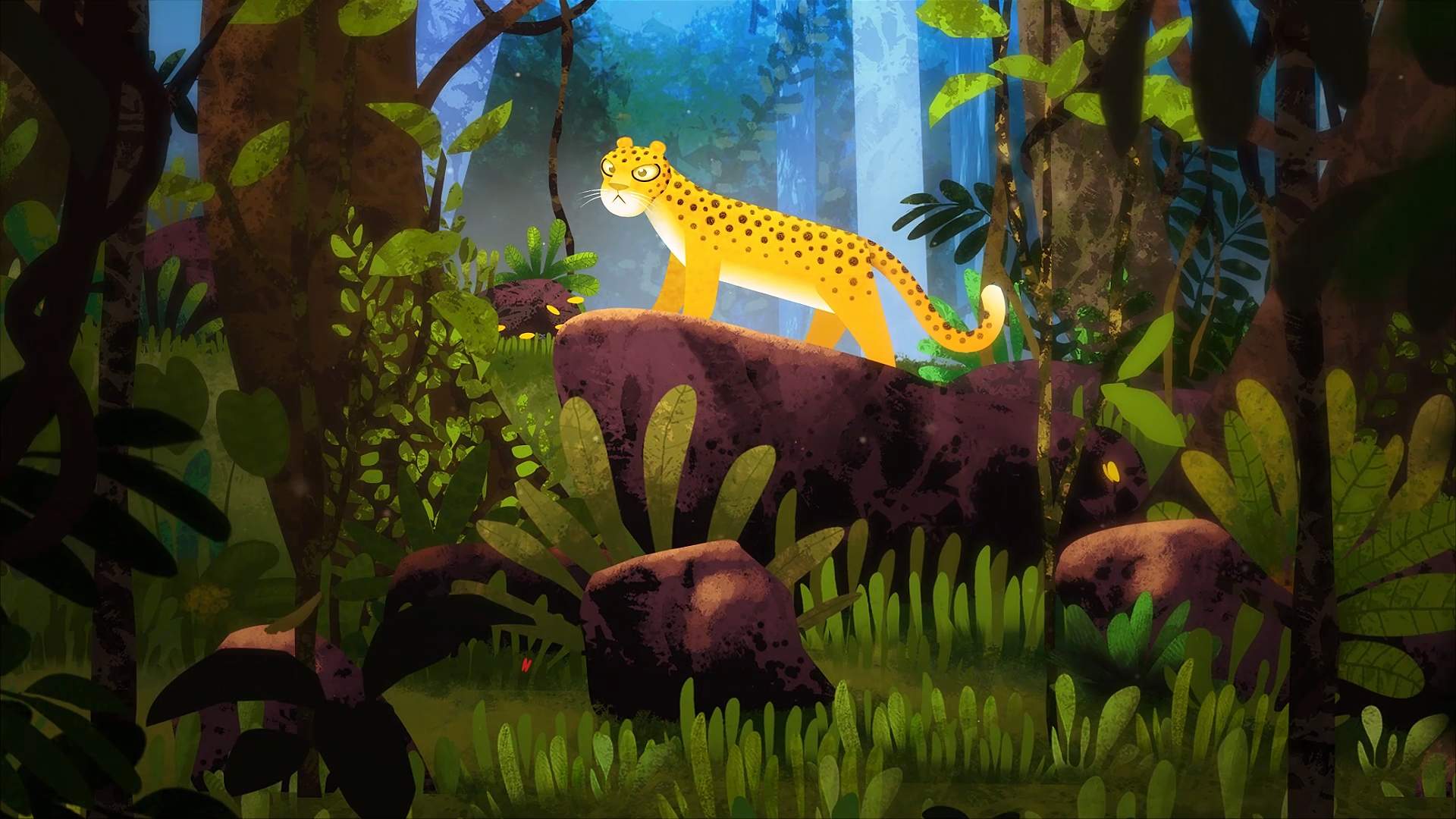 Life style: A still from their WWF human-leopard conflict

Despite getting opportunities to work at bigger establishments in metropolitan cities, Eunoians wants to stay rooted in Kochi, "If we go behind other opportunities blindly, it would most likely split our group, but more than that, as a group working out of Kochi, we aspire to grow long with her and be part of Kochi's growth," Azeem says, humbly. When asked where they see themselves in five years, Azeem says that Eunoians wants to strive to be so good that they can produce an award-winning short animation movie.