How can English be made more accessible to the underprivileged? Ask ELTAI

Is English really an elitist language that is not accessible to everyone? All that and more from the ELTAI Golden Jubilee English Language Teaching conference that took place recently

Is English the language of the elite and the privileged? Why is it necessary to help the underprivileged become aware of their rights to learn English? How to take English to all across India? How to enable the marginalized learn and master the language? What methods and materials will help bring English to all at affordable cost and in reasonable time? These were a few of the several questions discussed and debated at the recently concluded four-day international conference on the theme “Right to English” jointly organized by the English Language Teachers’ Association of India (ELTAI) and the Amity University Noida Campus.

English is considered the language of the elite and the “economic elite” in India use the English language to climb up the ladder of success. Those who lack English language skills are looked down upon and marginalized in society. Most aspirational Indians know that English is the key to their successful career and make attempts to learn and become proficient in the language but millions of people living in semi-urban and rural India do not have access to the language. The English language divide makes the poor remain poor and voiceless. The draft National Education Policy (NEP) 2018 states that the privileged use English “as a criterion” to determine if someone is educated and “as a prerequisite” for the jobs that they control. It is quite unfortunate that the powerful 'angloknows' use it as a tool to control the weak angloknownots'.

The ELTAI Golden Jubilee English Language Teaching (ELT) conference that attracted around nine hundred ELT experts, professionals, practitioners and scholars was significant in many ways: It was ELTAI’s golden jubilee and 14th international conference; it had a striking theme; it had over 50 events, 18 featured speakers, 14 workshops, 5 plenary sessions, 4 panel discussions, lightning talks by ELT experts from 12 different countries, and around 500 paper presentations. Right to English: Turning it into reality, Artificial Intelligence and English language learning, teaching and assessment, New Education Policy, Teaching English in a globalised world were some of the topics discussed during the four days of the conference. 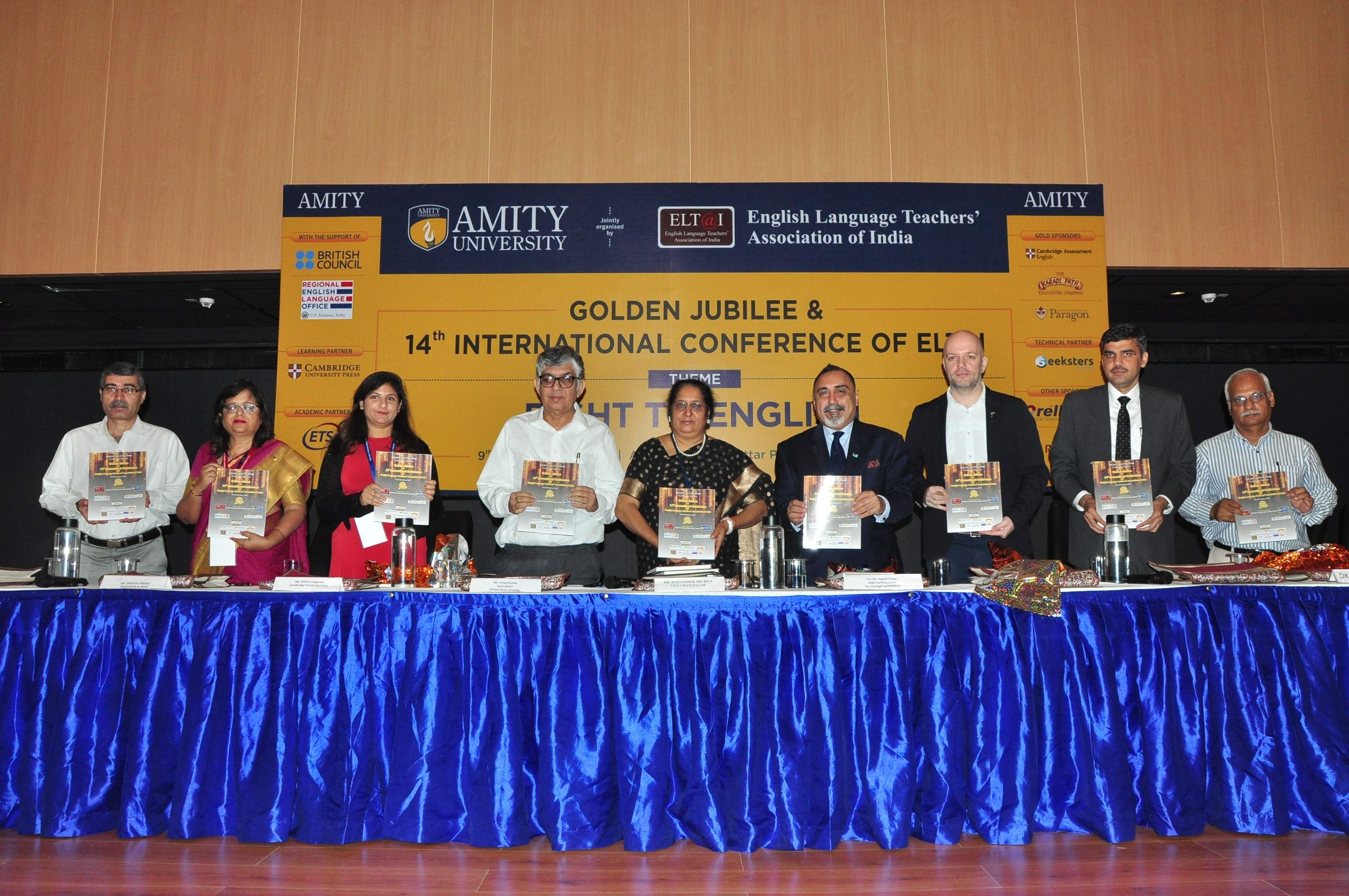 There were also pair discussions on these topics: Has English language teaching failed to meet the aspirations of India’s youth? English for empowerment or for colonising minds? Right to English in India – myth, mirage, reality? Indian English in the global community.

During the session on ‘Teachers tell tales’, teachers of English who were involved in various classroom-based action research programs narrated their tales of what they learnt from their experience.

What is the significance of the theme? Responding to the question, Dr K Elango, National Secretary of ELTAI, said that “Knowledge of English is no longer the prerogative of the elite but the need of the masses and therefore, it is essential to review our priorities and methodologies related to English Language Teaching in India.” He also added that “the Right to Education (RTE 2009) implies Right to English for all as proficiency in the language has become imperative in the global village that we are all part of.”

Professor Balvinder Shukla, Vice-Chancellor, Amity University Uttar Pradesh, said that the theme of the conference was quite relevant and stressed that English language teachers should play an important role in enabling everyone learn the language effectively.

‘Legitimising Indian English’ and ‘Teaching English, the Indian way’ were the two leitmotifs that supported the theme of the conference ‘Right to English’. Though numerous Indian words have been added to the Oxford English Dictionary and have become legitimate English words, many speakers of English in India are obsessed with ‘Queen’s English’ and ‘Received Pronunciation’ and are not ready to legitimise Indian English. Aiyo! Why are we obsessed with ‘British Standard English’ which even most Brits don’t speak? Even David Crystal, eminent linguist and English-language scholar, bats for internationalism and different varieties of English. In his words, 'Internationalism implies intelligibility'. Indian English is a variety and it also implies intelligibility. The two facts that the term “world English” is used for indigenized varieties of English and India is the second-largest English-speaking country in the words show that Indian English is a legitimate variety.

Professor K Elango, in his address, stated that the English Language Teachers’ Association of India strongly believed in being a voice and not an echo

Questioning the rationale behind Indian ELT experts and scholars echoing the western ELT theories and practices, Elango asked whether unabashedly canonizing the western ELT was their achievement. He underlined “the need to evolve new approaches, methods, strategies, techniques or whatever for optimizing the effectiveness of our classroom dynamics”. Referring to the theme of the conference, he said “Learning English is my right. Teaching English in an indigenous way is our right.”

‘Right to English’ should not be a slogan but become a reality. The English Language Teachers’ Association of India (ELTAI) with its 50 chapters across India and around 4,000 English language teachers as members should contribute to the professional development of teachers and revolutionize the way English is taught in India.

Teachers who want to know more about ELTAI and become its members can visit www.eltai.in