Slow Clap: How we can get Trump to truly get into the spirit of Diwali, diya lighting be damned

US President Donald Trump will celebrate his third Diwali at the White House on Thursday, three days ahead of the formal celebrations in India

Our beloved guide from the world's other side, Donald Trump or DTOTUS as some Secret Service peeps have been referring to him, has decided to celebrate Diwali three days before the festival hits India. Don't you crib now. The elder brother always gets it first. We all know it. It's an Indian thing. See how well Trumpji is upholding our homely traditions.

Sources in the White House have told us that he is paying his respects to our Amazon and Flipkart sale-heralded Diwali season by lighting a diya. Whether or not this is a deep-rooted symbol that he is lighting up our lives or not is something we can ponder over depending on how many on-site visas are approved for our IT masses. What we must now do is suggest more ways in which he can truly get into the spirit of Diwali and one up his Howdy Modi days. 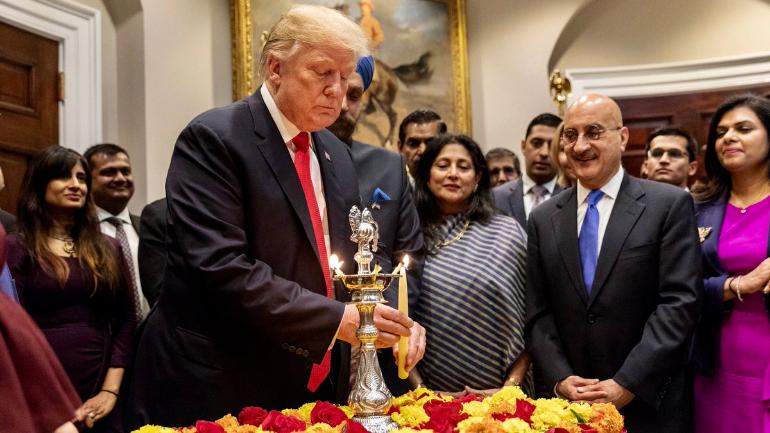 Let us start with the most important part of Diwali. I am sure that he can maintain a measured fast for the entire day till the puja ends in the evening and also play teen-patti with Melaniaji, Marlaji, Ivanaji and obviously the herd —  Ivanka, Junior, Tiffany, Eric and Barron (junior ji, junior junior ji, junior ji, junior ji and baby ji) — later. Such amalgamation of traditions, much modern ways of life.

Barack Obama might have started this Diwali business at the White House but Motabhai made it more popular and bigger. Sure, he forgot to mention Hindus in his tweets the first couple of times in 2018 but then human beings make mistakes. In the final tweet that he put out, he did not mention anything else but Hindus. But it would be an honour to see him in an orange Manyavar sherwani — though it might seem as if the fabric has merged with his skin. 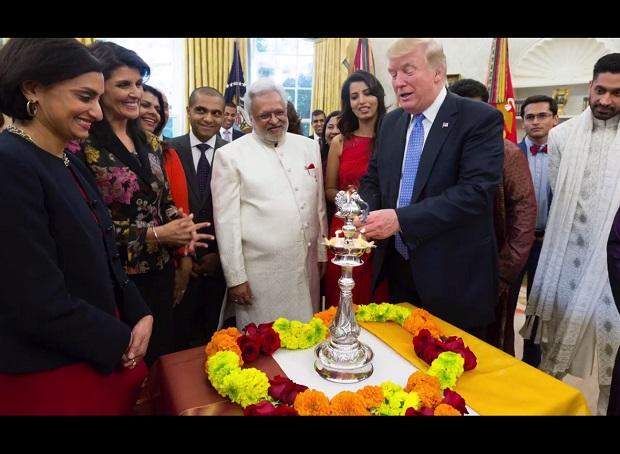 Even though Diwali is a Hindu festival, it is extremely inclusive, after all, we include everyone in our country — Jains, Buddhists, Sikhs, even Christians, Zoroastrians and also some seculars who are partial to drinking. We include everyone. Not one minority is left out. Maybe he too can do something like that. Maybe to get into the Diwali spirit of using firecrackers, he can throw rockets from this side of the wall and wish his Mexican bros a Happy Diwali as well. Inclusion is what makes us whole-y.

This year the celebrations are also aptly timed. Diwali signifies the return of Lord Ram to Ayodhya and case has been heard and judgement is due soon, which we all know will be in Ram Lalla's favour eventually. Trump too should probably celebrate a five-day Diwali like the north of India and finally declare it a federal holiday.

(The writer will probably never be issued an American visa after this. To remedy that, he is willing to offer a public apology and a free sherwani to POTUS if he is at least offered the chance to swim to Washington DC. He loves Diwali because it is a closed holiday which is not dry)