Air hostess or flight attendant? Why it’s important to use Gender-Neutral Language

In an increasingly diverse world, it is essential to not use gender specific terms to describe people and professions because it can be considered extremely sexist

A friend of mine shared with me this anecdote: “I wrote an article for a magazine. I had used the words ‘themself’ and actor (instead of actress) in the article. I was surprised when I noticed that the gender-neutral words had been replaced by gender-specific words in the published article. Could you please comment on whether of gender-neutral language is accepted by the mainstream media?”

In a few of my previous columns I have discussed the popularity of using gender-neutral language  (GNL) and its acceptance in English-speaking countries. Unfortunately, non-sexist language has not become popular in countries where English is spoken either as a second of foreign language.

Gender-neutral language (GNL), also known as gender-inclusive language or non-sexist language, is defined as “language that avoids bias towards a particular sex or social gender”. In India even mainstream media use sexist language and we are yet to free ourselves from it. We still use the terms “female doctor”, “male nurse” and “actress”. Consider this example. If we ask someone to draw a picture of a medical doctor and a nurse. Most probably, the person would draw a picture of a man in white coat to indicate that he is a doctor and a woman in white dress to indicate that she is a nurse. Why is it so? It is because of our stereotyped thinking. Many still think that the word ‘doctor’ refers to a man and the word ‘nurse’ refers to a woman though reality is different. We have female doctors and male nurses. 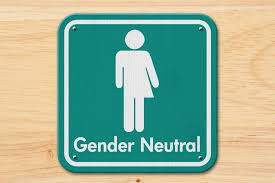 Gender-specific titles do influence our thoughts. Let’s look at some of the job titles which are gender specific: salesman, businessman, chairman, clergyman, fireman, policeman and weatherman. These job titles imply that only men are fit for certain jobs and perpetuate male domination. So, there is a need to replace these gender-specific words with gender-neutral words. Alternative gender-neutral titles for the above words are salesperson / sales executive / sales assistants, businessperson, chairperson, minister, fire fighter, police officer and meteorologist. It is always good to use gender-neutral titles and pronouns.

Which word should be used to refer to a woman who acts: actor or actress? There are many words such as editor, auditor, teacher, professor and accountant which can be used for both male and female persons who are in the professions. Then, what is the need for the word ‘actress’? According to the Observer and the Guardian style guide, the term ‘actor’ should be used for both male and female actors and the term ‘actress’ should be used only in the name of awards such as Oscar award for best actress.

What is the meaning of ‘themself’? The word is used in the place “himself” or “herself” to refer to a person whose sex is not specified. “Themselves” is plural and “themself” is singular. When someone does not want to be referred to as “he” or “she”, then the gender-neutral singular pronoun “they” can be used. ‘Themself’ is well accepted in contemporary English and is extensively used. The American  Dialect Society declared the singular “they” the 2015 Word of the Year. Merriam Webster and Oxford Dictionaries too have included the singular “they” in their lexicons.

Here are examples of how the words ‘themself’ and ‘they’ (singular) are used in sentences:

Here are some tips:

​Gender equality is more than a goal in itself. It is a precondition for meeting the challenge of