While we were busy campaigning for removing the GST on sanitary napkins, did we forget the real issues related to menstruation?

The central government has recently removed the GST on sanitary napkins. it is a good thing that the tax was reduced. But taking part in this futile discussion will take our focus off menstrual hygiene awareness and busting myths and taboos.

At the time when the film Padman was released, a lot of people were crying through social media about how they want the tax on sanitary napkins to be removed. But before the introduction of GST, the tax on these pads was 13.7 per cent. Surprisingly, no one complained then. In fact, people weren't aware of the fact that sanitary napkins were taxed.

But cut to 2018, the tax was compared in a lot of perspectives and different arguments came up. People often asked if condoms could be tax-free, then why not pads. There are no common grounds between condoms and pads to make this comparison. Some questioned the tax exemption on sindoor and bindi, which are symbolic of oppression. But we forget is that these products are manufactured in cottage industries and the tax exemption was to support the small-scale industrialists. 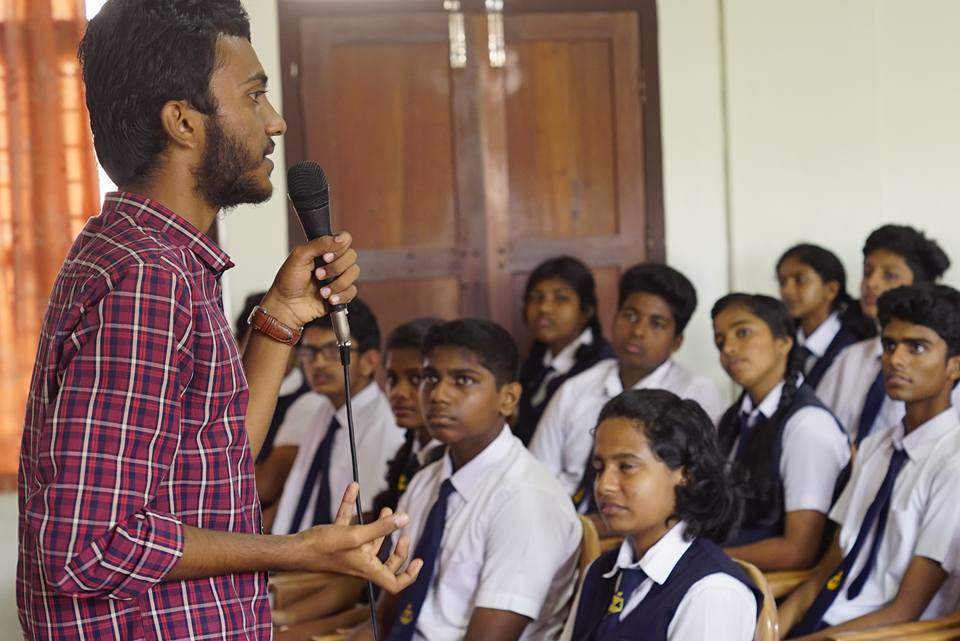 Right talk: Arjun in between an awareness session

Red Cycle, the menstrual awareness campaign that my friends and I run had always refrained from this discussion. I think that the reason for this uproar is to deviate the public's attention from the main topic. In fact, none of these campaigners discussed the taboos and myths connected to menstruation.

The Supreme Court's verdict on women's entry to Sabarimala is about to be out. But I don't think any of these GST opposers will be ready to respect it. In fact, a conservative group comes up with a #ReadyToWait campaign, opposing #HappyToBleed. Their stands are only on the issues that fall in their comfort zone.

Consider menstrual education. Even school principals have told me many times that this isn't a topic that must be discussed or is a subject about which a boy shouldn't talk. Recently, I was called by a school in Kottayam to conduct a session on menstrual awareness. But a few authorities of the same school restricted me from taking the class. Even when we suggested that a few female members of the group take the class, the authorities opposed.

Such issues are prevalent, but no one talks about it. Only when a product got taxed, people chose to speak up. This tax will also not make much of a difference. Do you think a reduction of Rs 12 from a product that costs Rs 100 will make any difference? The reason for the tax removal might be the writ petitions and the social media campaigns. But I also think this is all a part of a manufactured campaign. On the other hand, blood disgusts most of these campaigners.

People are already confused about the govt's approval of cloth pads and menstrual cups. Also, there is no word about Suvidha pads by the government.

Recently, two films came up on the topic of menstruation — Phullu and Pad Man. But these are both product centered films. Menstruation is being narrowed down into one product. Sanitary napkin doesn't really represent menstruation. But that is the image that our popular culture has created. People, in fact, call me Pad man these days. But I'm not at all comfortable with this. Because my fight is against the taboos. I have been trying to create a healthier environment and make people aware of what menstruation is.

Now with the new rule, sanitary napkins are liberated. But when are vaginas getting a true liberation?

(The author is the founder of  Red Cycle, a campaign that focuses on menstrual awareness and breaking taboos. Read more about him here. The views expressed here are his own)