The video of North-Easterners being abused at an ISL game reeks of racism. And it needs to stop NOW

The viral clip from an ISL match shows how much latent racism we have for people who look 'chinky': The answer? Include chapters on the North East in books and pass stronger racism laws

Racism, alas, is still alive and well in the country. Need proof? You must have seen the video in which a fan of ISL team Chennayin FC makes rude gestures towards a Northeastern woman, a fan of NorthEast United FC, in mockery and clearly, in an attempt to provoke a reaction from her and her male companions. Although the actions of the young Chennayin FC fan has been condemned by both football clubs, the incident sheds light on an important conversation that needs to be had, again, to eradicate prejudices based on racial differences in our society.

WATCH: This is the video that went viral from the ISL match last week in Chennai. The harassment is quite evident

Denying the very existence of racism in the country is where the conversation needs to begin. Visible differences like facial features put, especially Northeastern women, in a position where they are extremely vulnerable to rape, sexual assault and harassment. Amongst the prevailing stereotypes against the mongoloid featured women from the Northeastern states is that they are 'easy' and consent is automatic. The first problem is the stereotype itself - generalising an entire gender of a certain section of society as one single entity with a single and fabricated characteristic. The second and equally problematic issue is with consent. Regardless of a woman’s previous sexual experiences, no person has any right, whatsoever, to lay a single finger on her or make lewd or sexually suggestive gestures and comments towards her without her approval. However, the simple concept of consent is still unfortunately alien to plenty of our men as is demonstrated by the young Chennaiyin FC fan in the video.

The video panned out to her male companions who seemed equally distraught by the dance of mockery by the young man. One of the male victims mentioned in his statement to the media that the harassers came in a huge crowd and started mocking them after the second goal by Chennaiyin FC and that it became worse after Abhishek Bachchan went around the stadium during half-time. Then he mentioned a go-to strategy that every North Eastern person resorts to when it is obvious that the situation can only get worse from there - to feign ignorance and remain calm in order to avoid further violent attacks. This is a daily occurrence for North Eastern people who have migrated to cities looking for better job opportunities or as students. Silence can lead to repeat offences but when one is asked to choose between standing up for yourself and getting severe emotional trauma and physical harm OR keeping silent and surviving, one chooses the latter. 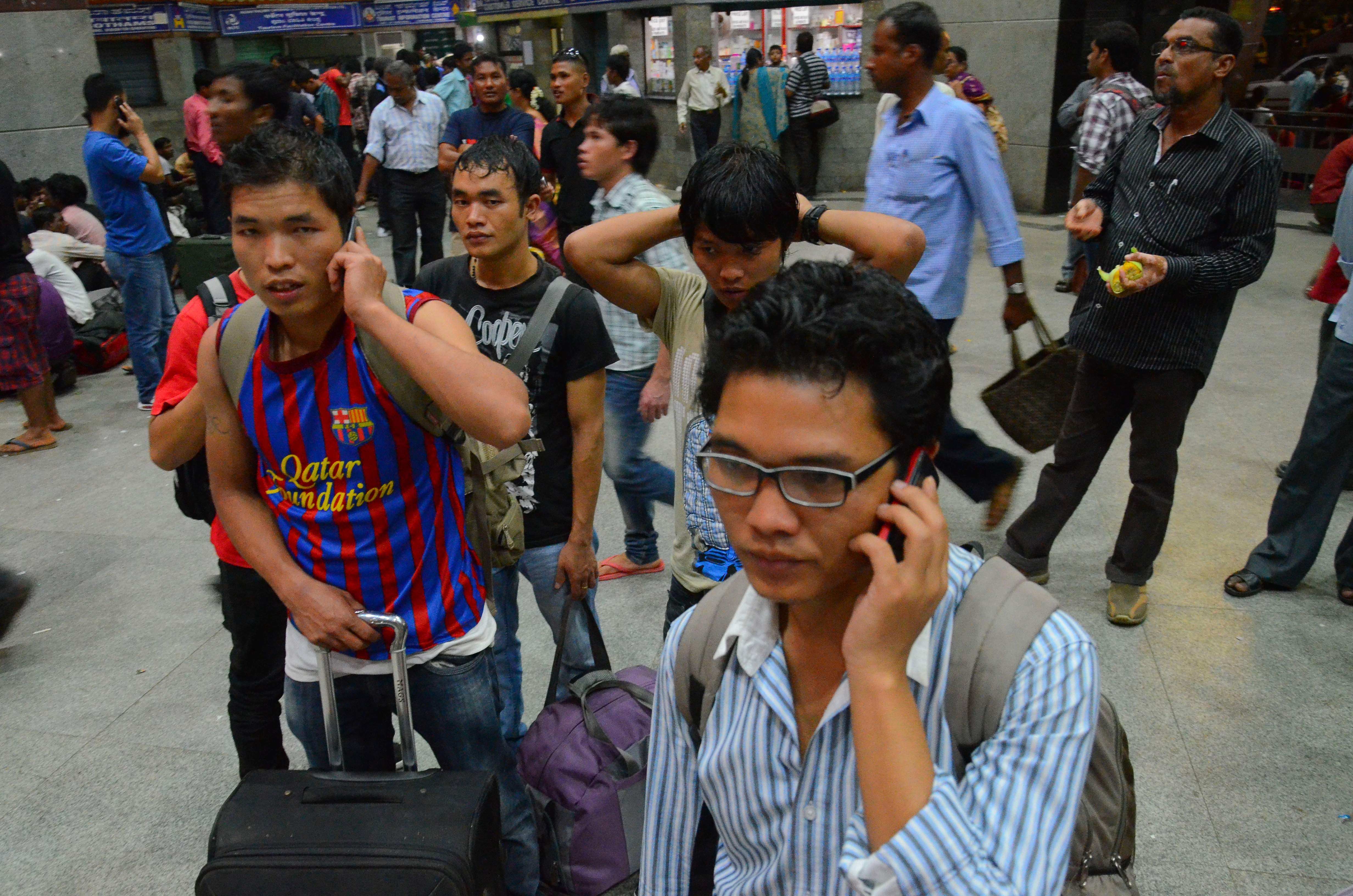 Is there any legal recourse?

From violent attacks against Nido Tania, a student from Arunachal Pradesh, which led to his death to a flurry of incidents of Northeastern women being sexually assaulted, the country has met them with mixed responses. It took the government and the lawmakers quite a while to recognize the need for a separate legislation dealing with discrimination based on race. Previous attempts such as the 82-page report by the Bezabaruah Committee wherein promulgation of a separate law or amendment to the Indian Penal Code have been suggested in order to criminalise discrimination against persons from the NorthEastern states have proven to be futile and ineffective. While Article 15 of the Constitution of India prohibits discrimination on grounds of race, it applies primarily to the State. The interpretation of Article 15 by the courts have been limited to direct discrimination. Relying on the narrow interpretation of Article 15 by our judiciary is not enough to prevent and redress the harm caused against North Eastern persons. A specific and separate legislation prohibiting racial discrimination is the need of the hour. 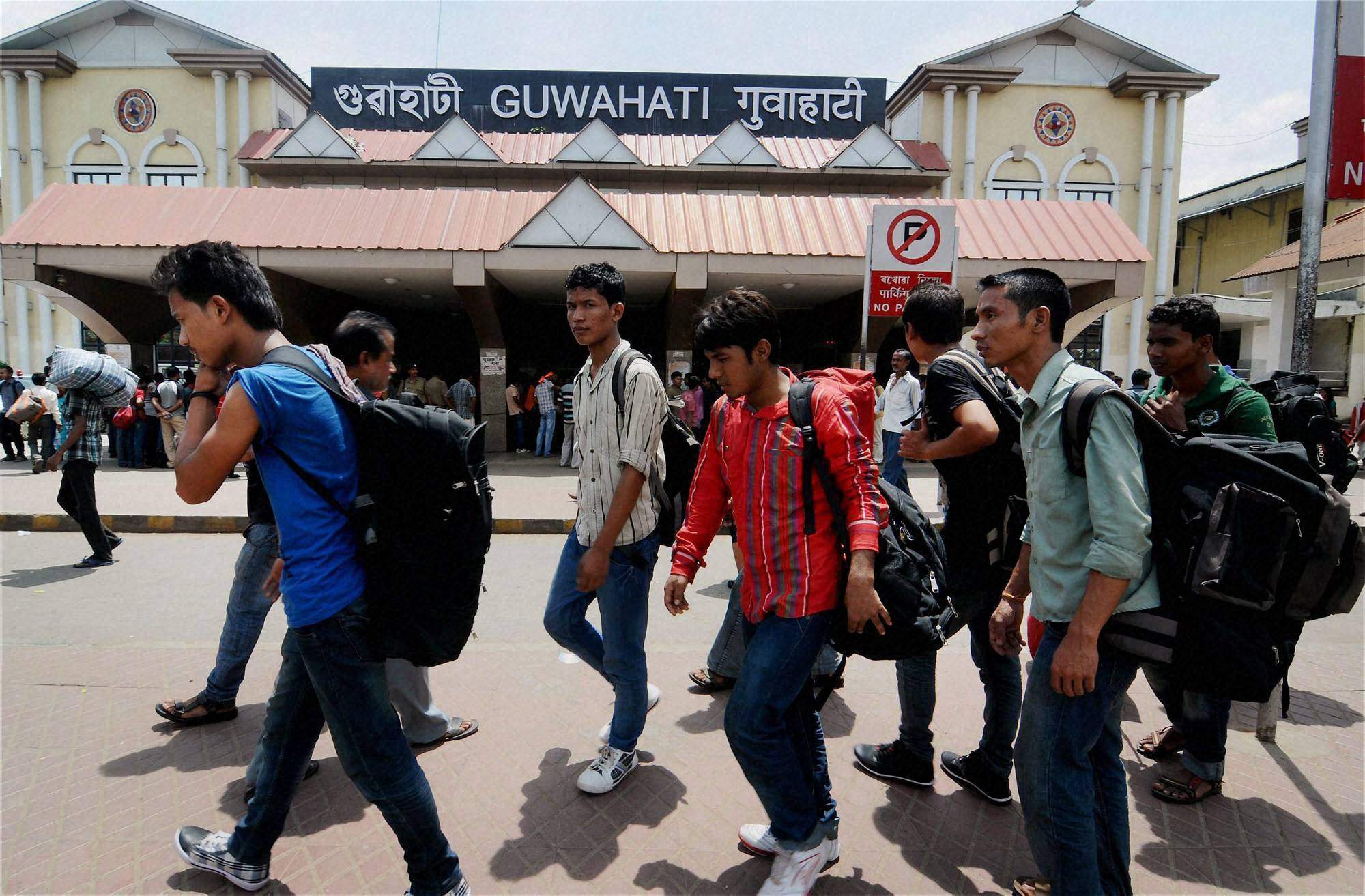 Will Shashi Tharoor's Bill be a game-changer?

We need a multi-faceted approach which can start with including separate chapters on the eight sisters in various NCERT subjects in schools. A crucial component is a separate legislation addressing the various level of racial discrimination and inequality faced by certain groups in the country. On March 10, 2017, Shashi Tharoor introduced a Private Member’s Bill which deals with the issue of discrimination against people from the North Eastern states.  The Bill introduced a provision for issuance of protective orders and those indulging in discriminatory acts must pay a hefty fine. His bill also introduced the concept of the Diversity Index which imposes a duty on all public authorities, educational societies, housing societies, etc to report on the diversity they’ve been able to maintain, to the Equality Commission. This, he believes, in turn,  will create social pressure on such institutions to include people from all sections of society. It is an applaudable and ambitious attempt but the Bill is still pending in the Lok Sabha. However, the Bill will have to be complemented, if passed by the Parliament, by an active and effective enforcement mechanism.


Let this incident remind us that we, as a country, still have a lot to do to move beyond just tolerance but vigorously towards acceptance in order to respect our differences.

Vida Zonunmawii worked in Egypt for a campaign on Women's Rights and at an international human rights organization against human trafficking in South Asia. She was part of the team in Delhi that published a report on Child sexual abuse in Delhi. She recently worked as a Policy Analyst and briefly on the team of a Rajya Sabha MP. The views expressed here are her own