Should you go looking for your biological parents after years apart?

Every adopted child yearns to know where they come from, rediscover roots and such, but is it really practical and does it come with any great gain?

The sadness in your heart is a yesterday you can no longer see, so put it behind you and walk always forward. –  Catherine Anderson (b 1948), American best-selling writer.

But some refuse to see this wisdom pithily expressed in the proverb: Curiosity killed the cat. Yet, some people abandoned as babies and adopted by kind-hearted benefactors – often foreigners in the Indian context – grow up on the crutches of adopting parents but can’t resist the temptation to find out their roots. There are instances galore. But first, the latest instance which surfaced in the media.

A Danish citizen, Mark Madappan Nielsen, is now searching for his biological parents after he was given in adoption to a family in Denmark by an illegal orphanage in Delhi.

In 1979, Mark, then 7-year-old Madappan, walked out of his home to meet his elder siblings living in Coimbatore. The bus conductor dropped him at an unknown place when the boy didn't have any more money to extend his travel.  He starved for four days until a shopkeeper promised to give him food if he swept the place. He resumed walking when a car stopped near him. He was given a lift by an old man in the car promising to take him to his siblings and offered him a drink. The boy fainted after drinking it. Next day, he woke up in a dark room totally disoriented. He was drugged again and shifted to Delhi.

Once in Delhi, Mark (Madappan) was tutored in English and Hindi, preparing him to face the formalities required for adoption in foreign countries. To cut a long story short, Mark left India on June 1, 1980, adopted by Tommy and Lisbeth Nielsen from Denmark. The couple was not aware that most of the papers on adoption were fake. The Nielsens were kind parents and ensured that Mark, his new name, got a bright future. He grew up to become a captain of a ship and retired some years ago.

In 2009, Mark decided to search for his biological parents.  In the heart, he knew his case was not wilful giving away for adoption but a case of kidnapping and his biological parents would have undergone a lot of sufferings looking for him. He traced the place in Delhi where the orphanage was located. It was closed but there he met an old woman who took care of the children in the orphanage. She told Mark that he should be from Coimbatore and guided him to a lawyer who was connected with the orphanage. 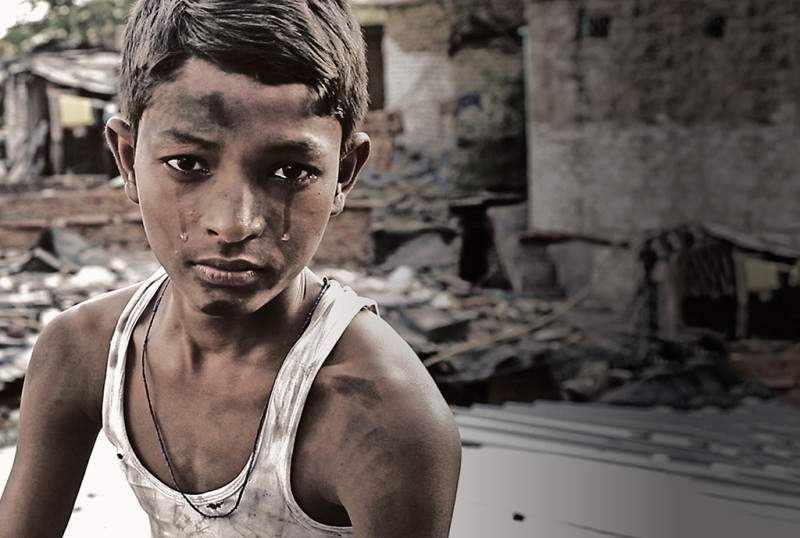 Wounds and scars: Mark's childhood memories have been overwhelmed by the bitter days he had spent in that orphanage and the memories of home or parents are quite vague | Representative image

During his eight years of search for his parents and siblings, Mark found a life-partner in Madurai. They have a six-year-old daughter. The family has come to Madurai on a one-year visa to narrow down their search around Coimbatore/Trichy. And the quest for his roots continues.

Many others before him have come from European countries and have made a nuisance of themselves. In many cases, the biological parents have not been keen to meet their abandoned children. The institutions giving children in adoption are bound by some ethical and legal issues, not to disclose facts about adoptees. The root-seekers generate media stories and file cases against the institutions which rescue and nurture abandoned babies. Harassed by such tactics some agencies, like convents, have given up their humanitarian work.

What happens if the roots are found? Some emotional reunion, some natak and some media stories and the curtain comes down. The best lesson comes from a rustic story from Karnataka. An old man on the verge of death called in an astrologer to ask what he would be reborn as on his death. He was told that he would be reborn as a pig. Thereupon, he called his son and said that as a pig he would visit his house and the son should shoot him dead.

Sure enough, after a few months, a pig approached the house grunting loudly and with his brood of 12 piglings in tow. The son rushed inside and brought the loaded gun and aimed at the pig. Before he could shoot, the pig said: don’t shoot. “Andige ade suka; indige ide sukha” (then it was a joy to be human; now it is a joy to be a pig.”) Is there a lesson in this for the present-day well-endowed roots-seekers?