Researchers agree that it will be difficult for students from economically disadvantaged groups to get back to school. It's not just about adapting back to a new lifestyle for them

Children have been the most psycho-socially affected age group by the pandemic. There's no debate about it. Some people say, doctors and frontline workers, besieged with the sights and sounds of death caused by an unrelenting pandemic might win this ignominious contest, but children have had it worse. Imagine this: schools continue to be closed, they have been locked inside their homes, no real physical or social contact and this has been on for the past one and a half years. A major part of their childhood stands lost.

The effect is much deadlier for children from marginalised backgrounds. They have not just missed out on a year of growing and developing mentally and intellectually, it will be much difficult for them to get back to school after the pandemic blows over — in some sections of society, children have instead started working to add to the dwindling family income while some have been married off. 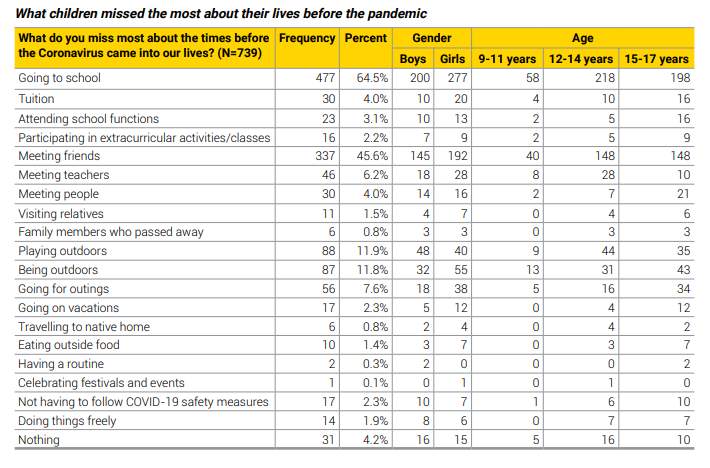 But there's good news. What is heartening is that children have been dealing with COVID with some toughness of spirit. A joint study by CRY and TISS found that India's students have shown utmost resilience during these times to cope with the deadly virus and the ensuing lockdown.

Will they get back on track?
Researchers readily agreed that it will be difficult for students from economically disadvantaged groups to get back to school. It's not just about adapting back to a new lifestyle for them. "I think it's going to be a challenge for us in terms of re-enrolment of children, particularly, from the lower-income groups. There are multiple factors that are going to play out. Because of (worsening) financial situations, parents have kept children back home. Either they haven't had the fee or they haven't had the devices (mobile phones, smartphones, laptops etc) which deal with any kinds of online engagement. Students have also started to contribute to income generation (to their families). Particularly, the children who are a little older and are contributing significantly to the family income would be the toughest to get back to school because they have been mainstreamed into employment. They have lost the critical years ranging from Classes 9 to 12 and it is unlikely that they will be brought back into the education system again," said Dr Chetna Duggal, Associate Professor, School of Human Ecology, TISS. "While that is the most vulnerable age group in this respect, overall for children who have already missed a year and more of school to go and pick up where they left off is going to be difficult. The parents would need to have a good incentive to re-enrol them into the system," she added. 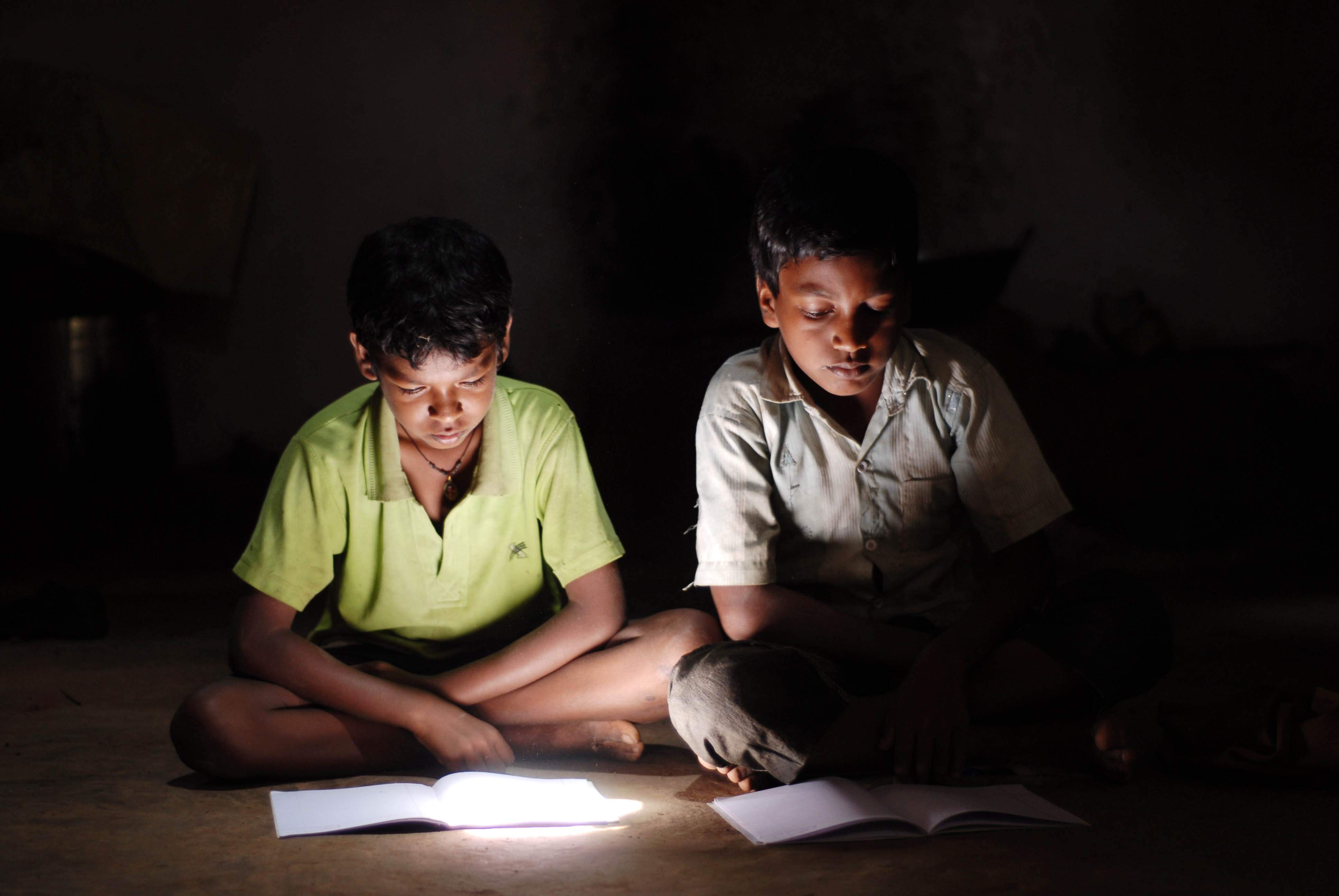 Is learning loss all there is?
Even if the students who are younger are brought back to class, they will lose out in terms of years. While the ones in junior classes might be able to make up for the lost time, the issue is with the older children. "If learning outcomes are compromised that will definitely have an impact. It is very clear that in large parts of India learning has been compromised. The effect though is not linear. Setback in early education has a long term impact. So it is hard to tell which classes will be affected the most," said Dr Partha Chatterjee, Professor and Head of the Department of Economics at Shiv Nadar University (SNU) a little before the second wave derailed the country. "Girl children will be affected comparatively more than the boys. Thus the gender asymmetry will also widen," he added.

Why is school such a big deal?
We must also take into account that for students from disadvantaged communities, school is not just a place to gain education and pass exams. it opens doors to a better world for them. "School is not just a place for curricular learning. School is a happy and safe place for them where they are going to get the affection of the teachers, socialising with their peers, learning and playing. So when they say that they are missing school does not mean that they are missing their classes or any one of these things. It is so many other things for them," said Anupama Muhuri, AGM of Volunteer Action at CRY.

The findings of the study also support what she has to say. Children are not going to school just for their friends or for one single reason. When asked what they missed the most during the pandemic and the lockdown, 64.5 er cent kids said that they miss school itself while 45.6 per cent of students miss their friends. This gap of 18.9 percentage points illustrates what Muhuri said and also emphasises why it will be much more detrimental for the students from these groups to drop out. They not only lose out on education but on care, mental stability, safe space and appreciation. This increases the chances of them falling into the traps of social evils. 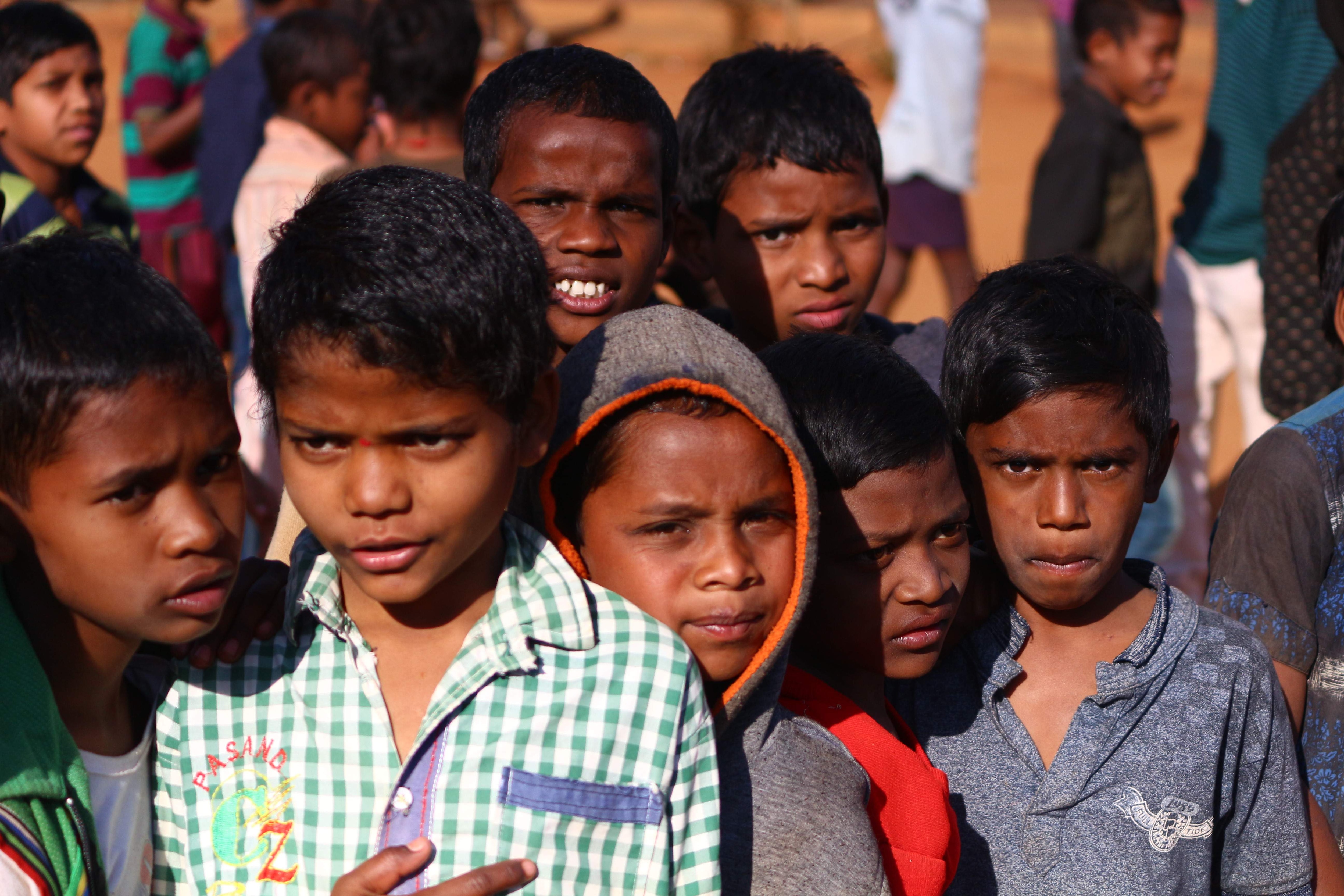 Children have multiple reasons to go to school, says the study

What happens during COVID...
A lot of what is going to happen to these children will depend on what happens to them till we get back to normal, said the researchers. "There have been instances where a kid had to start working because his father used to run a fish stall which closed down during the lockdown. There are numerous such instances. Migrants have gone back home and for the kids, it would be a big task to get used to a new environment amid this pandemic. There is also the stigma of migrants "bringing the virus back to the villages". All of this will play a major role in whether the child will be going to school or not," added Trina Chakrabarti, Director (Eastern Region) and Volunteer Action, CRY.

The effect it had
Through great adversity, sometimes there is great resilience. And this is often found amongst the young. "The study revealed that about one-third of children and their families are relatively more affected because they belong to lower-income groups. But in spite of the hardships, the children have found the impetus for growth. They have sought out trusting adults and they are able to utilise their potential," said Dr Rajani Konantambigi, Professor and Dean, School of Human Ecology, TISS.

Financial problems at home were the greatest stressor for the kids and 26 per cent of them said that it was the reason behind their stress during the lockdown, the study found. The uncertainty about when COVID would end and the situation will get back to normal was the next cause for worry with 24 per cent of the students saying that the uncertainty affected them, worry about contracting COVID came close with 23.5 per cent being stressed about it. "The stressors too were different for different income groups. The children from the underserved and under-resourced community were affected more. If we look at the stressors the children were experiencing, (we find that) a lot of them were financial stressors — worrying about where the grocery is going to come from, if they have anyone affect with COVID then where will the medical assistance come from," said Dr Duggal. 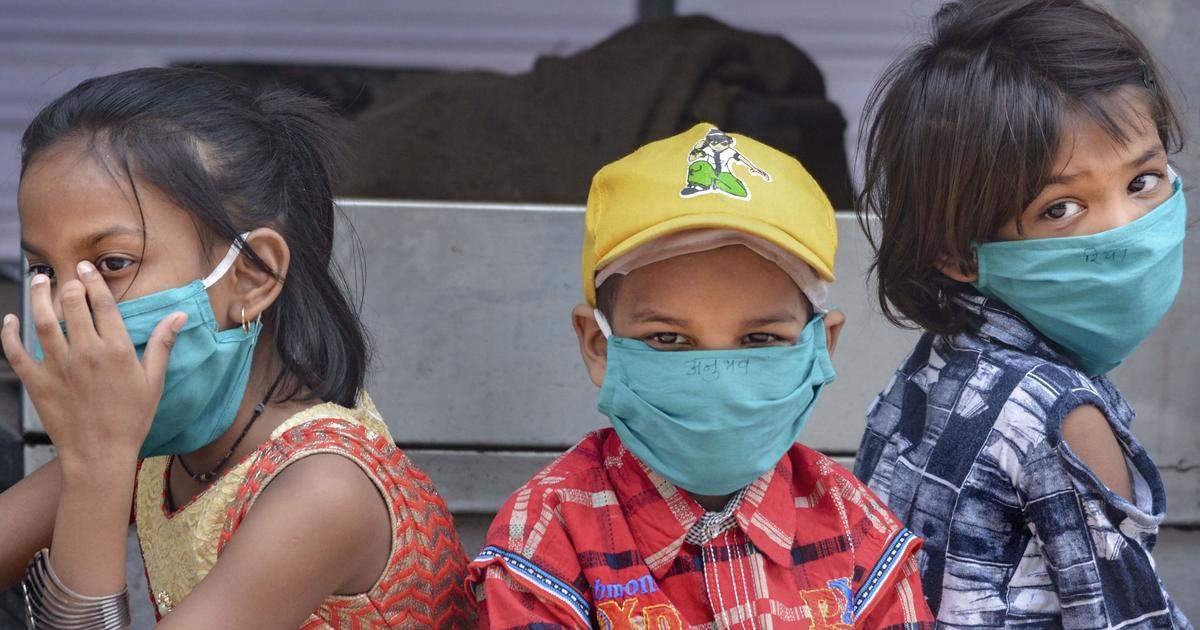 Not being able to meet friends (23 per cent), and hearing stressful news about COVID (22.3 per cent) came next. "Children belonging to the lower-income groups experienced greater stress with regard to finances and procuring household supplies, these aspects being directly tied to the family income. The children’s responses to trauma were measured on the CRIES-8 scale with scores ranging from 0 to 40. The mean score obtained by participants on the CRIES-8 scale was 12.35. One-third of 33.1 per cent of the participants obtained a score of 17 or more, this cut-off being indicative of posttraumatic stress disorder (PTSD)," read the study.

"The age group of 12 to 14 years received the highest CRIES-8 mean score of 13.17, compared to those older and younger than them. On analysing the relationship between response to trauma and monthly household income per capita, it was found that monthly income per capita was weakly correlated negatively with CRIES-8, the correlation being statistically significant. The CRIES-8 score distribution across income groups demonstrated that children from socio-economically weaker sections might be particularly vulnerable to the adverse impacts of pandemic-related stressors," it added. 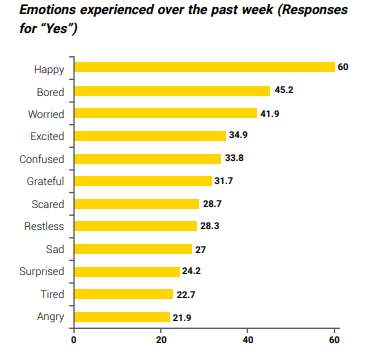 Fighting back and then some
Seeing their families go through a financial crisis to being completely out of school had a psychosocial impact that has never been seen before, said Muhuri. "When we were looking for data and any systematic study on this, we did not find much. That pushed us to find out how the students are being affected. The study has one unique and standout point — to find out what the resilience of the children was. They are not actually hapless victims. Rather they have very unique coping mechanisms that we can learn from," she added.

Even though there have been innumerable instances of social evils that have increased during the lockdown and the crimes against children that have seen a spike, kids have also found their support in the family. "Most of the children said that the people they went to when they felt low were the mother, father or the siblings," said Chakrabarti. "They saw the family their safe space. This is quite heartening because a lot of others are denied this safe space. This is why we engage with the parents. And it paid dividend at this time," she added. 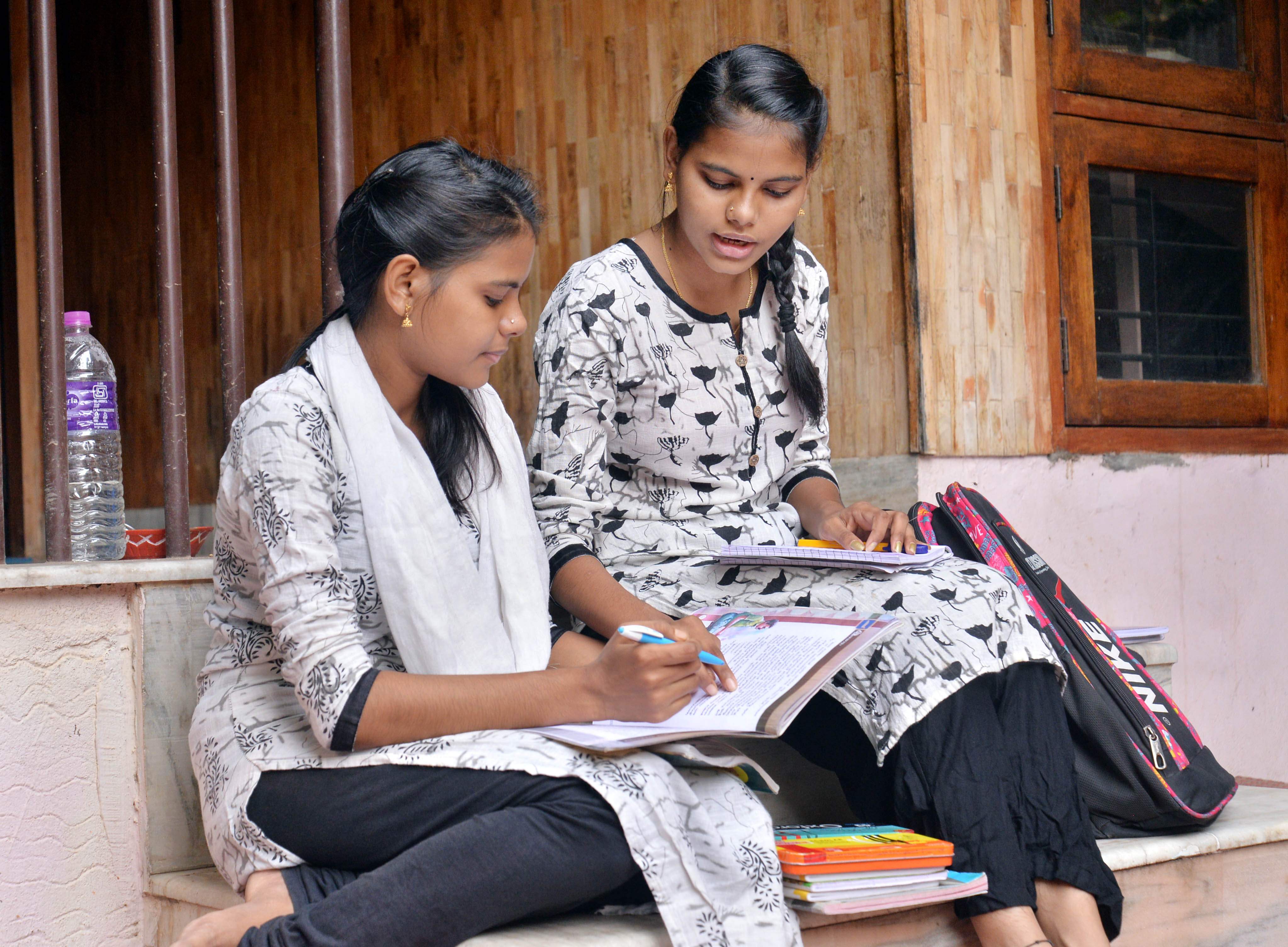 Winning it over
The study suggests a set of recommendations for various stakeholders — parents, schools, community and policymakers — can help with. Some of them have been long pending. They suggested better mental health support systems at schools "by adopting socio-emotional learning curriculums that aim to foster emotional awareness and teach regulation skills". "Since families have been playing a crucial role in bolstering children’s resilience through this crisis, parents can receive guidelines or be engaged through sensitisation sessions and training programs by schools on how to protect and promote children’s mental health in this crisis," read the study.