I share your frustration: CSIR's HR Head says they will try and clear dues to India's researchers by June 10

Dr Ray's reply might not be a very strong assurance, but it sure is empathetic and humble. Rather contrary to the trend of replies from university officials across the country

Indian researchers have been reeling under the pressure of non-disbursal, or in some cases, late disbursal of funds from before the pandemic struck. But the lockdown made it worse. Everything came to a standstill and the funds which were already late by a few years showed no signs of finding its way to the scholars' bank account. Now, it has come to a point where the researchers are being forced to dissolve their savings.

One such researcher wrote to the CSIR and the post went viral on Twitter and politicians like Jairam Ramesh and Shashi Tharoor urged the CSIR to sort out the issue as soon as they can. The CSIR has been receiving many such emails and to one of them, Dr Anjan Ray, Head, CSIR-Human Resource Development Group (HRDG), replied accepting the issue and said that he will try to mitigate it by June 10. 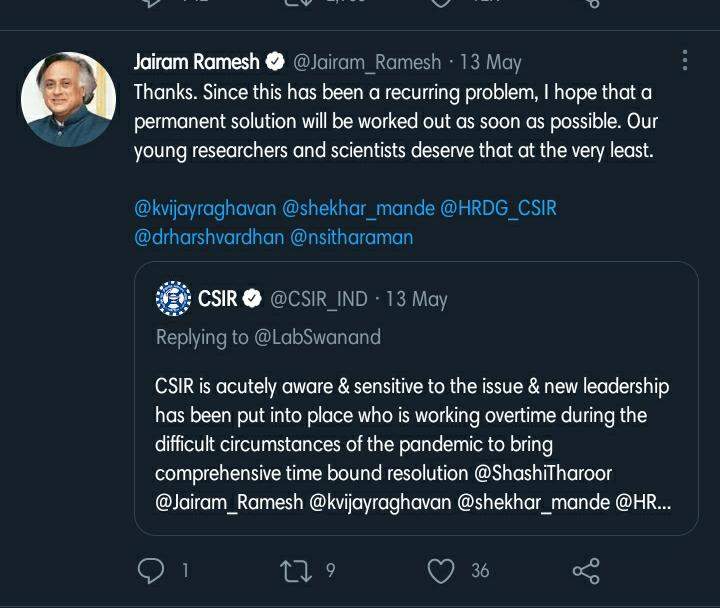 Dr Ray's reply might not be a very strong assurance, but it sure is empathetic and humble. Rather contrary to the trend of replies from university officials across the country. "I continue to share your frustration and empathise with you, but the responsibility for failure is still mine as Head HRDG — not that of Finance or Canara Bank (whom he had blamed in an earlier email). I can say with certainty that if the second wave of the pandemic had not arrived when it did, we were making tremendous progress," he wrote. "Over the last few weeks, we have cleared over 2000 grievances with additional people working round the clock even when Delhi is locked down. Each priority case being identified for us (with Grievance ID, so that it can be tracked, not just with file number), is being shepherded through the system by a dedicated nominee from the office of DG CSIR," said Dr Ray in the mail, of which Edexlive possesses a copy. 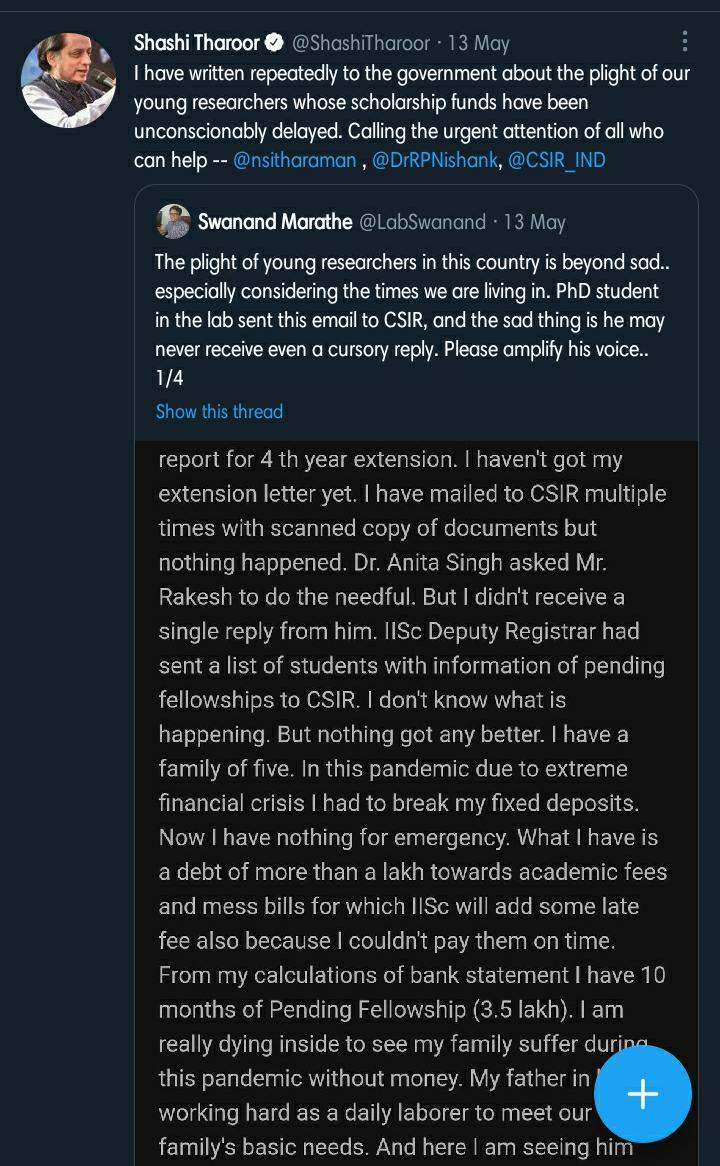 He also said that the students need to help them too, by highlighting the cases that need to be addressed on priority. "We know what we are achieving yet may not be enough, but we honestly believe we are able to move the needle now. The best support you can provide in helping us to help you is a daily update of the priority cases by grievance ID. And we will respond by ensuring scholars not only receive resolution of the backlog cases within a committed timeframe but that future issues are alleviated by the New FMS portal and the PFMS disbursement model which eliminates issues at the bank level. As of now, my initial optimism for May 15 is pushed to June 10 because of the pandemic, but we remain committed to getting this done," Dr Ray said.

Dr Ray was replying to a mail from Nikhil Gupta, a researcher and part of the Research Scholars of India collective, which complained of the system and how it has been a series of battles for him to get his own money.