The Chief Secretary said that to people watching from the outside, it should not appear as if he is pushing his ideas because of the position he holds

We have more often than not seen bureaucrats exercise their power. A section of the aspirants wants to become a civil servant because it would give them unlimited power in India. But there's a different brand of officers too — ones you threaten to penalise if you buy their books. Sounds weird? Well, IAS officer V Irai Anbu, who was appointed the Chief Secretary of Tamil Nadu on May 7, has issued a notice today asking government staff to not buy his book at government expense as a gift to anyone. If they do, they would be penalised. He also wrote to the School Education Department asking them not to purchase his books under any circumstance while he is the Chief Secretary.

In a notice issued on May 11, Anbu wrote, "I have written a letter to the School Education Department. I have instructed them not to purchase any of my books for any reason, even if there is any pressure, under any scheme whatsoever, as long as I am the Chief Secretary." 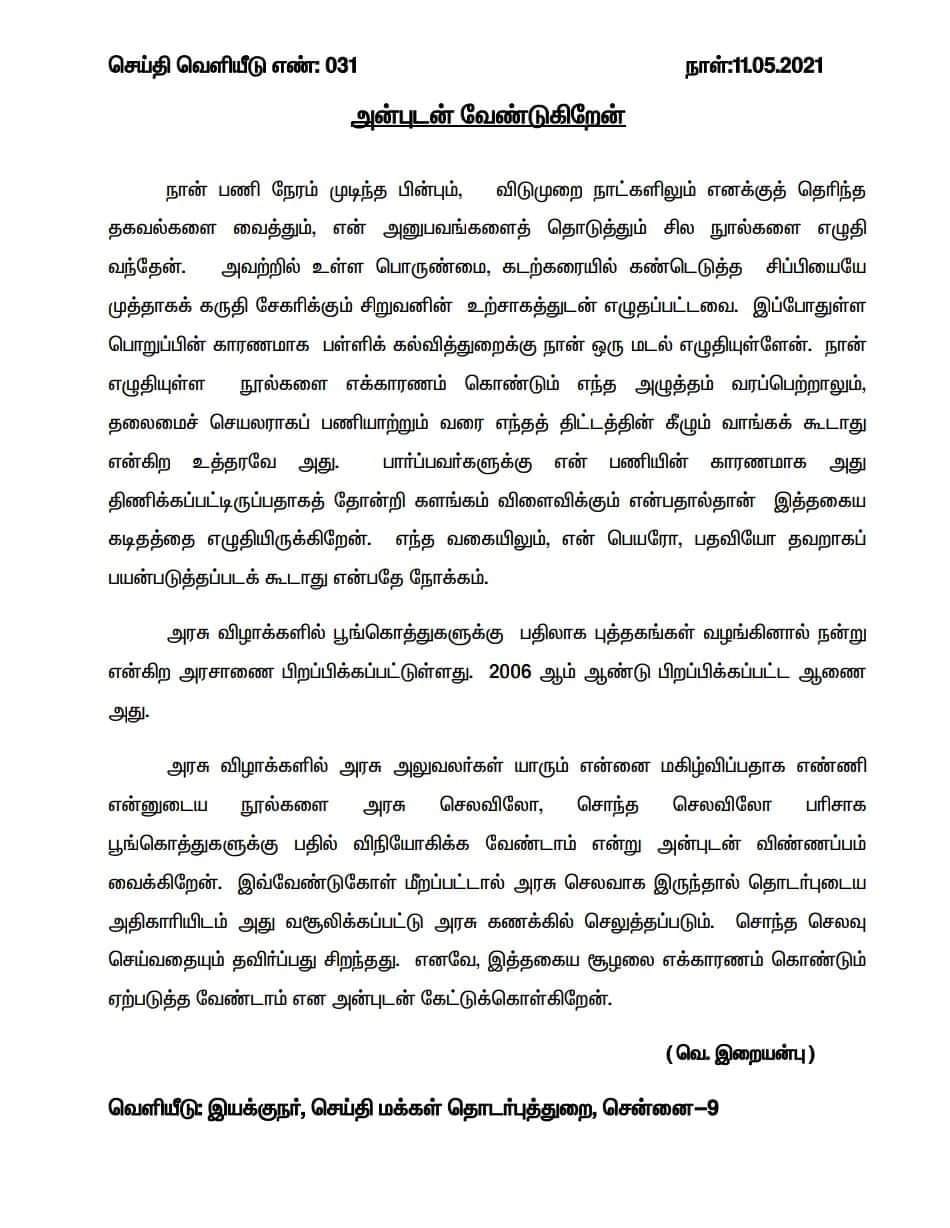 The Chief Secretary said that to people watching from the outside, it should not appear as if he is pushing his ideas because of the position he holds. "There is a government order issued in 2006 that encourages books to be given instead of bouquets at government events and functions. With this in mind, I would like to ask all government staff not to purchase my books at government expense and give it at government functions, in a bid to impress me," he wrote point-blank. But that's not it. There will be a penalty if they still go ahead in an attempt to impress him. "If such as act is done by any government official and the accounts have been proven as such, then the amount spent will be recovered from the concerned government staff. I would like to humbly request everyone to follow this request of mine," he concluded.

He also said that the books he has written are his thoughts and experience. "After working hours and on holidays, I had gathered my thoughts and used my experiences to write a few books. All the information and meaning in those books were collected by me like a child who believes every shell on the beach is as precious as a pearl," he wrote.