It was curiosity that led Mariam Nahidha, a 21-year-old interior designing student from her childhood home of Oman to Ponnani in Kerala. She was curious about what she could add to spaces and places that were already beautiful. Cafes and public paces in this culturally rich piece of Malappuram are now etched with pieces of Mariyam’s art. If there’s an artistic movement brewing in the district, she hopes to help spearhead it.

“I used to do scribble a lot when I was young,” she says, “But somewhere along the way, I lost touch. It struck me again, almost like a jolt of lightning, when I was in the midst of preparing for my 12th Board Exams. I took a break from my hectic exam schedule and started doing it again. To be honest, my main guidance was YouTube. I remember obsessively going through sketching videos and tutorials.”

A Biology student out of no one’s pressure but her own, Mariam was quick to realise that she needed to switch her path. Unlike her classmates, she was not inspired to pursue a career in Science. But she shoved these doubts to the back of her head and enrolled in a BSc Chemistry course thanks to her impeccable grades in the subject. 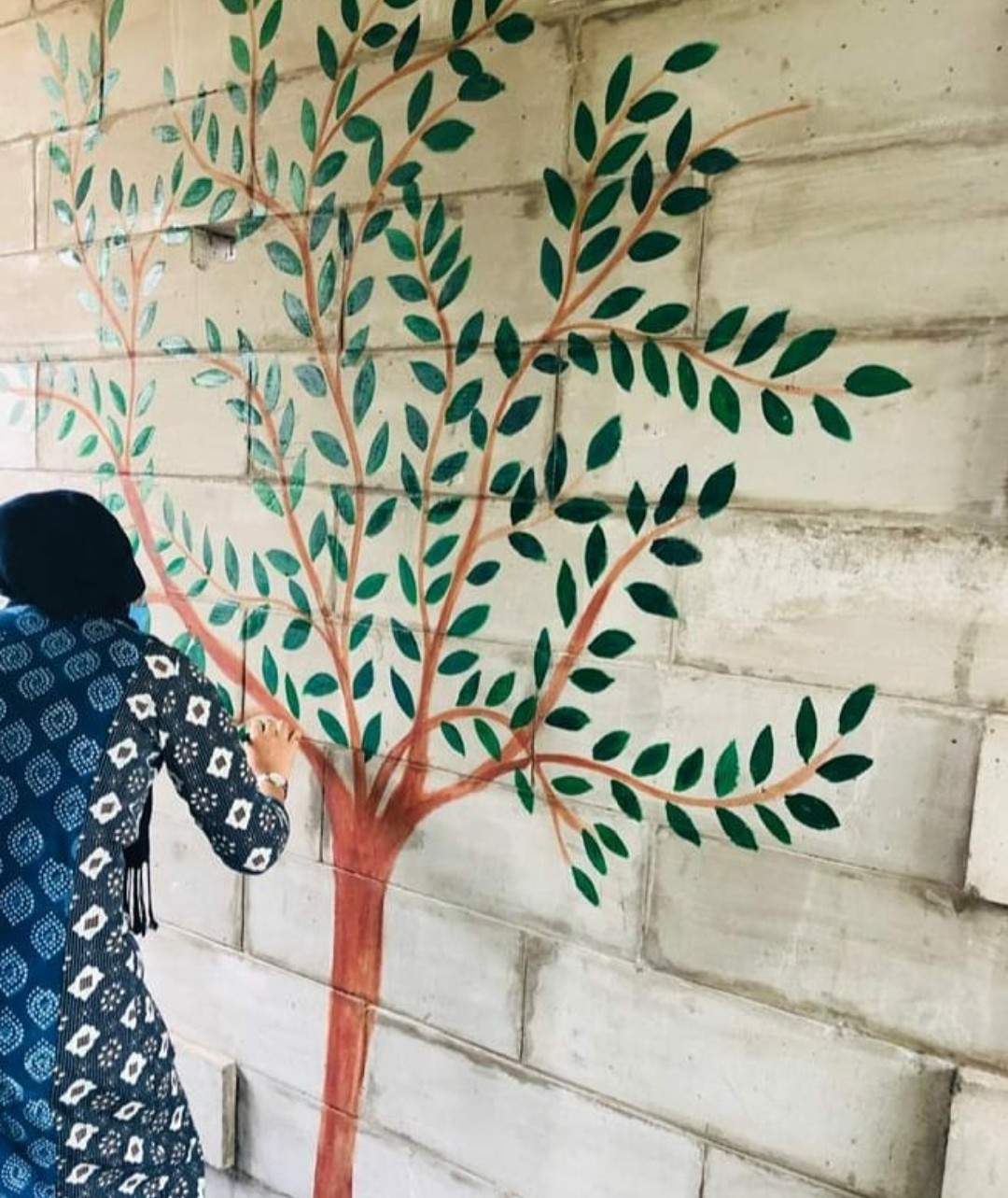 HER BRUSH: Mariam is a self-taught artist

Her most acclaimed piece of work was the Sailing Ship which was originally done by US-based artist Lindsay Rapp. Over 7 days, she recreated a painting that she had admired since she first laid eyes on it.  She says, “I knew I was deviating from the path of my interests and capabilities. I didn’t just want to do something and get through life. But there was also a fear about whether art would be enough to fall back on. It took all my courage to drop out and enroll in something I really wanted to do. And then I decided to pursue happiness. I think I’ve now reached the right destination.”

Mariam’s process is simple. “When i receive an order, I look for the space where they intend to use my art. I interact with the people there and try to get an idea of the surroundings. By then, I would have already been inspired in some way. Then, I go in search of themes and references that makes sense to that particular space. After a rough sketch, I let the rest of it be guided by the moment and how it makes me feel.”