Want private schools to stop looting students with high fees: What students want from parties ahead of TN polls

The manifesto has been composed by the Tamil Nadu Child Rights Watch, Campaign against Child Labour, Forum for Promotions of Child Participation, Right to Education Forum, Tamil Nadu

Tamil Nadu’s elections are right around the corner and before the parties get their manifestos ready, child rights activists have put together one for the children of the state. Children have been one of the worst affected by the pandemic this year, derailing their education and their regular life, increasing their stress and putting their physical and mental health in jeopardy.

In the manifesto, the child rights organisations pointed out that the child sex ratio is drastically falling in the state. Under ‘Rights for Survival’, the activists argued that government health care services in rural and urban areas need to be upgraded as multi-speciality hospitals attached with diagnostic facilities. “Maternal health including nutrition, vaccines and monitoring the growth of the fetus and the newborn children from 0 to 3 years of age and pre-maternity care for pregnant mother and the post-maternity care for the lactating mother has to be improvised and delivered through the anganwadi centres,” the manifesto stated.

“The anganwadi centres have to be upgraded and made appropriate to the needs of the current generation. The working hours of anganwadi have to be extended from 8 am to 8 pm understanding the needs of working mothers in organised and unorganised sectors. Training for responsible parenting and enhancing the requisite skills has to be included in the service of the anganwadi centres,” the child rights activists said. The manifesto has been composed by the Tamil Nadu Child Rights Watch, Campaign against Child Labour - Tamil Nadu and Puducherry, Forum for Promotions of Child Participation Tamil Nadu and Puducherry, Right to Education Forum, Tamil Nadu. Under the section ‘Right to Development’, the activists demanded a free and compulsory education act, 2009 to be extended to 18 years of age. “The School Management Committee should be strengthened and mechanisms to implement the parent and community participation effectively. Measures to implement neighbourhood based common school system have to be initiated to ensure that the discrimination in the access to quality education is address effectively,” it stated. They demanded the end of privatisation of education and that the private school fee determination committee should stop ‘looting’ parents. The manifesto demanded that education should also be moved from the concurrent list to the state list.

“Right to Education Act adopts the ‘No Detention Policy’. Any attempt to withdraw or draw lines in this policy should be avoided and all the children should be encouraged to continue in school education and supported in attaining the minimum levels of learning according to the class. Closing down government schools in the name of merging of schools should be immediately stopped and measures should be taken to strengthen the admission and attendance of the children,” the activists urged. Now with schools reopening, they demanded proper protocols in schools and requested that teachers be asked to visit children at home in order to reduce incidents of violence against children at home and school dropouts. 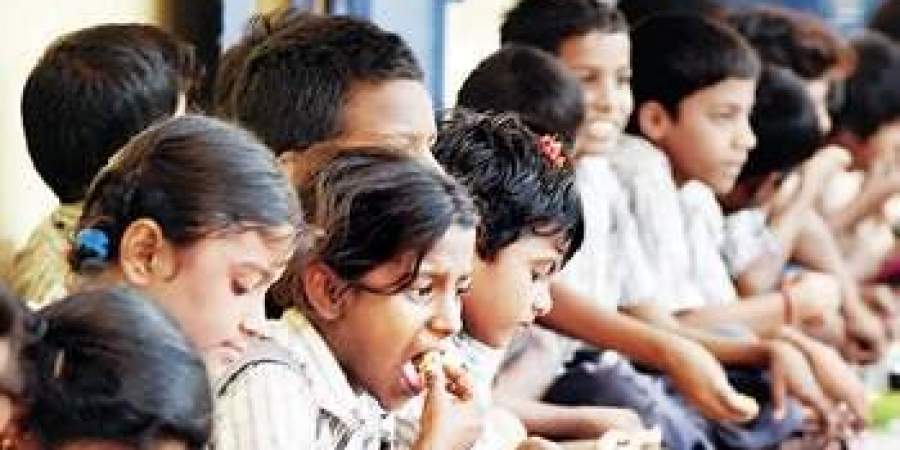 WIth regard to protection for children, the child rights activists demanded a separate department for the development of women and children and an exclusive directorate for child protection to be in place to address issues concerning child protection. They also demanded a standing committee for children to be initiated in the Tamil Nadu State Legislative Assembly.  They also demanded that courts be established in a child-friendly manner.

“The state should come out with a State Policy for Children to guide its interventions, schemes and programmes for children. A Child Protection Policy should be drafted and all schools and institutions where children are engaged should be made to implement the same mandatorily,” the manifesto stated. Another interesting point that the manifesto made was about bonded and child labour. While efforts were being made to decrease the number of child labourers under the age of 14, the ones under the age of 18 were still being employed. “These children are from Dalit, Tribes, Girl children and the people who are under poverty line. There is a rise in the number of children working along with their parents. Hence the child labour purview should be extended to 18 years to ensure every child is in an educational environment.,” it said.

They also demanded that children who were employed under the age of 18 should be considered as bonded labourers. Children who are rescued from bonded labour should be provided with Rs 1 lakh for their rehabilitation. Employment opportunities and housing should be provided to the family members of these children, they demanded. With regard to child marriages, the activists demanded that a separate officer should be made in charge.

In order to increase the participation of children in matters concerning them, the activists demanded student councils in schools and grama and nagara sabhas and children representatives in the school management committee